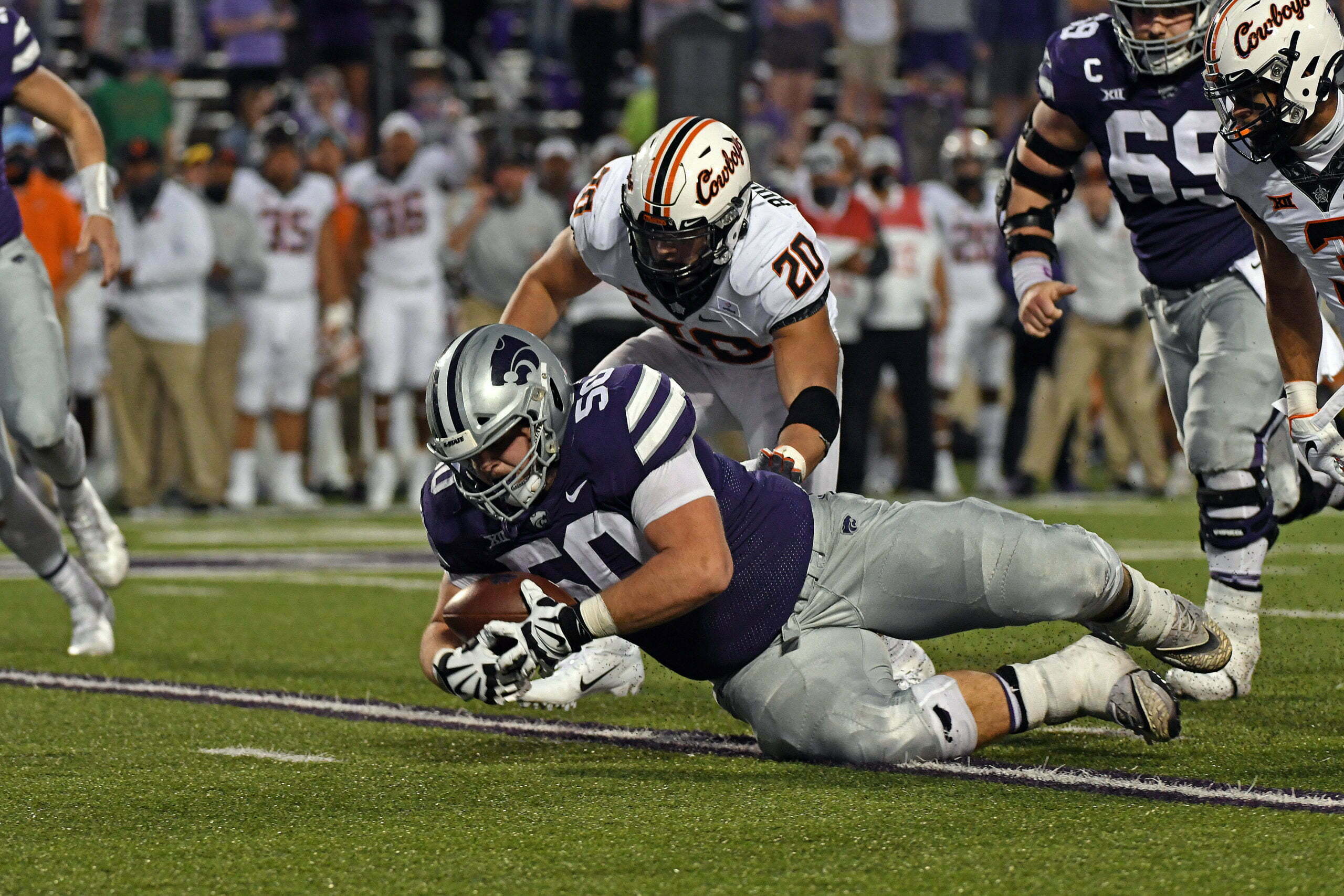 The Cowboys’ defense won the Pokes another game.

Oklahoma State beat Kansas State 20-18 on Saturday in Manhattan despite OSU’s offense mustering up only one touchdown after being riddled with injuries. The Pokes’ D wasn’t playing at full strength either, missing Kolby Harvell-Peel, but the group managed to hold its fourth opponent of the season under 20 points.

Six games into the season, here is where OSU’s defense stacks up statistically to all the other defenses in the Mike Gundy era.

We’ll start with the turnovers. The Cowboys forced two Saturday, including the second time this season they housed a fumble. Israel Antwine got his big mitt on the ball that magically popped into Jason Taylor’s hands, who went on an 85-yard sprint the other direction.

“It was just playing football,” Taylor said. “I didn’t expect it at all. When it came out, I was just surprised and got to running, trying not to get caught, trying to make a play for the team.”

It was a cool moment for Oklahoma high school fans, with Antwine (Millwood) forcing the fumble, and Taylor (Carl Albert) returning it. Taylor also ran alongside Trace Ford (Edmond-Santa Fe) and Malcolm Rodriguez (Wagoner) to the end zone.

The two forced turnovers get OSU back to averaging a turnover a game, something that looks a lot better on the chart above than the 0.8 turnovers a game last week.

Kansas State went 8-for-18 on third down Saturday, that’s the best a team has done against the Cowboys in that stat this season. OSU defensive coordinator Jim Knowles said that’s going to happen against running teams, as they usually get in third and short more often.

Still the Cowboys’ season third-down defense ranks third in the country at 23 percent. The only teams ahead of OSU in that stat are Wisconsin (20 percent) and Toledo (21 percent), but each of those schools have played only one game this season.

Lastly, the 370 total yards the Cowboys gave up were the second most OSU has given up this season, trailing the 389 OSU allowed to Iowa State. However, the 311.5 yards OSU’s defense has allowed per game this season still ranks tops in the Gundy era.

The unit has a week to recover before facing an offense that is starting to get things together in Oklahoma. If the Pokes can maintain solid averages through Bedlam, the talk of this being Gundy’s best defense will start to come to fruition.