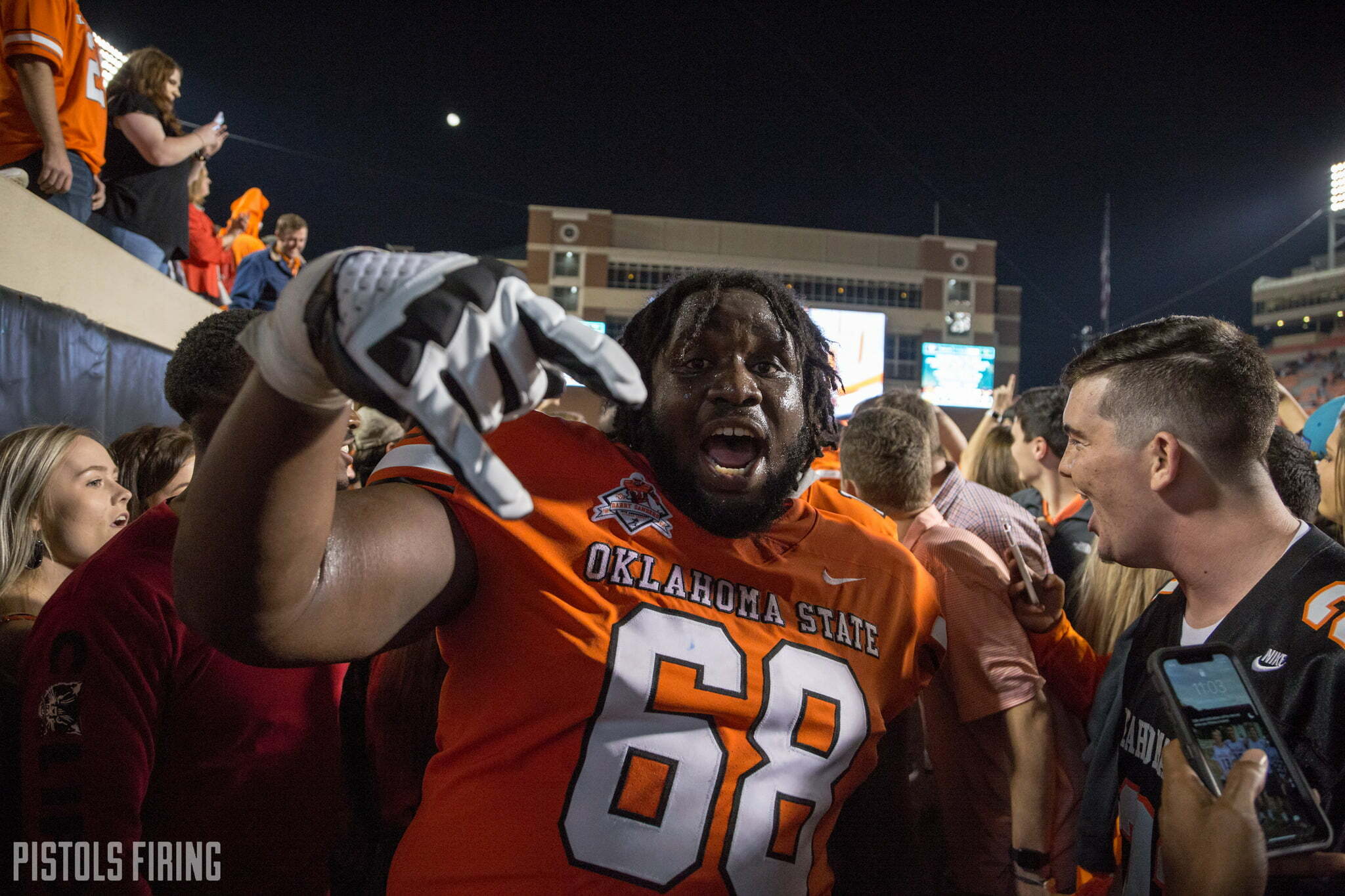 Larry Williams is one of two offensive linemen who started every game for Oklahoma State this season, and that will change Monday when the Cowboys take on Missouri in the Liberty Bowl.

Williams started OSU’s first two contests at left guard before starting the remainder of the Pokes’ schedule at right guard, but on Dec. 3, OSU coach Mike Gundy announced via Twitter that Williams would sit out the Liberty Bowl.

That puts the Cowboys in an interesting spot up front. Williams, Marcus Keyes and Shane Richards have all started at guard for the Cowboys at points this season. Richards eventually moved out to tackle but has missed the past four games with an injury.

Gundy said Richards has worked in the Cowboys’ bowl practices, but it looks as if redshirt senior Deionte Noel will draw his first career start. Here’s what Gundy said on his guard spots Sunday.

“It looks good,” he said. “Shane has worked in there. Deionte has worked in there. You have Marcus. You’ve got three guys for two positions. They’ve rotated in a little bit. Shane has practiced the last 5-6 real practices off and on, coming back from his injury. He should be available if we need him. You’re looking at Marcus and Deionte.”

Noel, at 6-foot-2, 318 pounds, has played in six games for OSU this season, including the past five. If Noel were to start, he’d be the Cowboys’ ninth offensive lineman to start a game this year. Here is how OSU started all of it’s games up front this season.

Apart from Williams, Teven Jenkins is the only other Cowboy O-Lineman to start every game to this point, though Jenkins has had to bounce between right and left tackle to plug holes injuries have left.