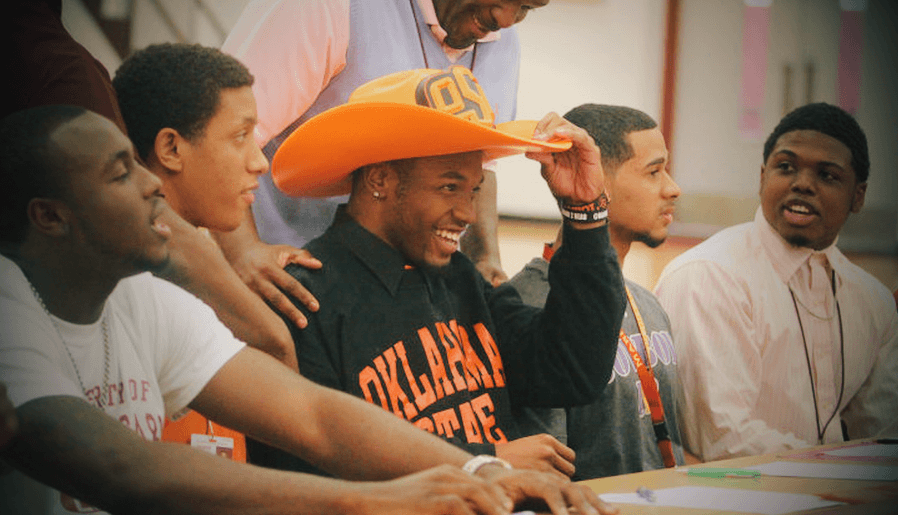 Junior safety Deric Robertson announced Thursday via Twitter that he will transfer from Oklahoma State. In his announcement, he thanks Coach Gundy and the coaching staff for the opportunity.

The Cowboys return two safeties with starting experience in Tre Flowers and standout Jordan Sterns, who lead the team in tackles last season.

The 2015 recruiting class consisted of three safeties who could see playing time as freshmen: Kevin Henry, Kenneth McGruder, and Bryce Balous. It has not yet been announced where Robertson will transfer.