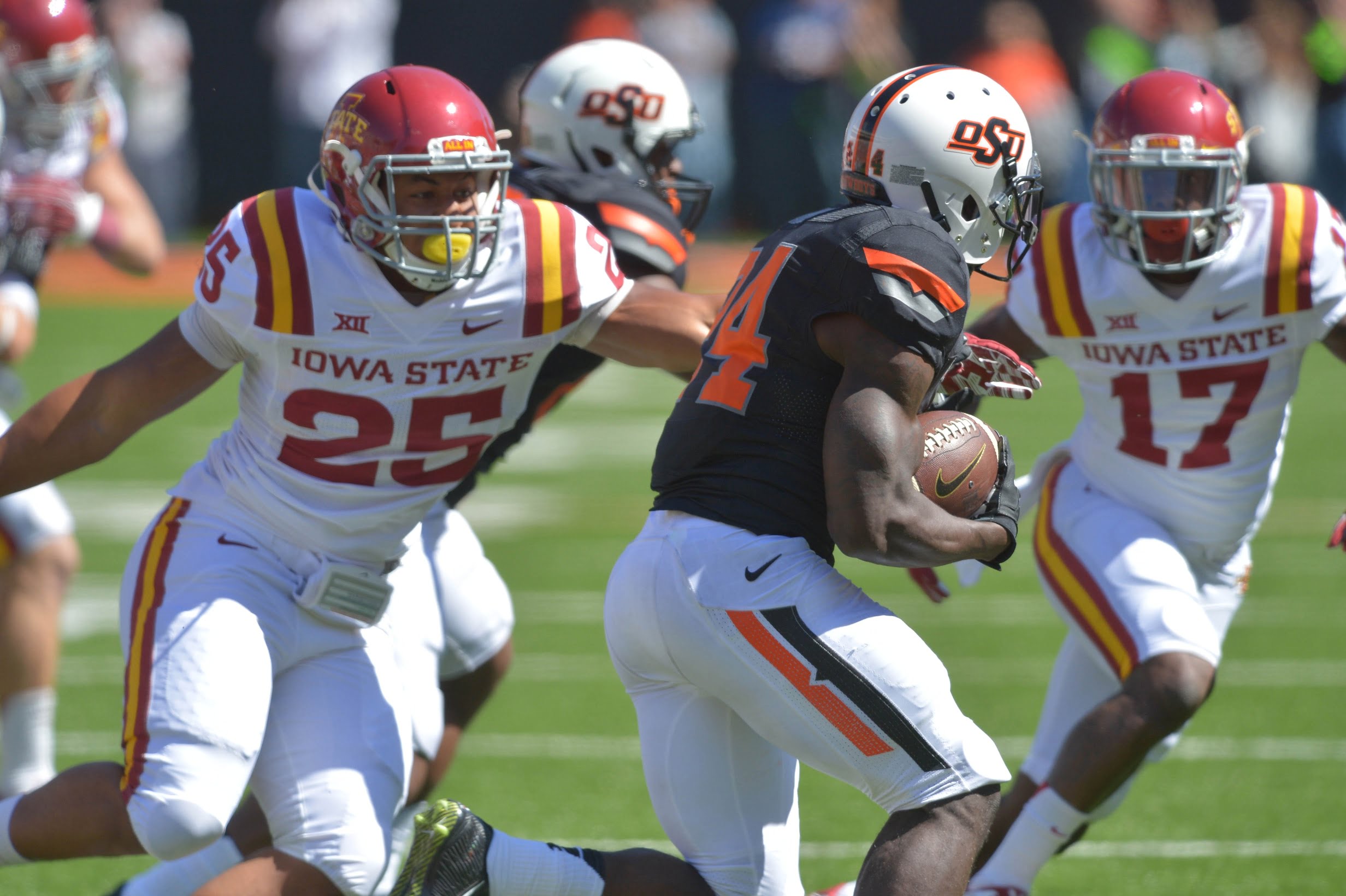 John Hoover wrote a terrific piece for the Tulsa World after the Iowa State game about how OSU’s speed and athleticism wears teams out after two or three quarters.

It’s certainly something that’s met the eye test [nods to Herbie] over the course of the last few years and especially this season. But just because you want something to be true doesn’t mean it is.

Let’s take a look at first half stats vs. second half stats for OSU’s offense and defense this year in terms of rushing yards per play — I feel like this is the area in which getting worn down would show up most clearly (stats can be found here).

Pretty interesting, right? OSU’s offense is wearing down teams in the second half but its defense is getting worn down to the point that the two cancel each other out almost exactly.

It appears the reason this team wins is simply because it has more skilled players and better schemes than other squads and not necessarily because of speed or athleticism.

Let’s compare this with a team like, say, OU.

Even more interesting! OU is getting torched in the second half of games by teams on the ground and it is actually losing steam on the offensive side — though both of its yards per play averages are higher than both of OSU’s.

There’s not a great way to get the numbers on a national level but I would love to see what the national average is on both sides.

When you look at OSU’s numbers on their own, they don’t look super impressive but I think they might be more impressive than you initially think.

All teams are going to get worn down unless you have 200 equally talented athletes on both sides of the ball for a 180-play game which is both illegal and impossible.

So your goal is to limit the damage on defense and soar on offense — both of which OSU has done a terrific job of in the second half of games this season. Would I take OU’s numbers even if it meant trailing off a little in the second half? Of course — they’re better than OSU’s.

But its defense fades hard too and OSU’s doesn’t as much. That might matter come December or it might not but it definitely won’t if OSU can’t figure out a way to raise its overall level of play on the offensive side of the ball.