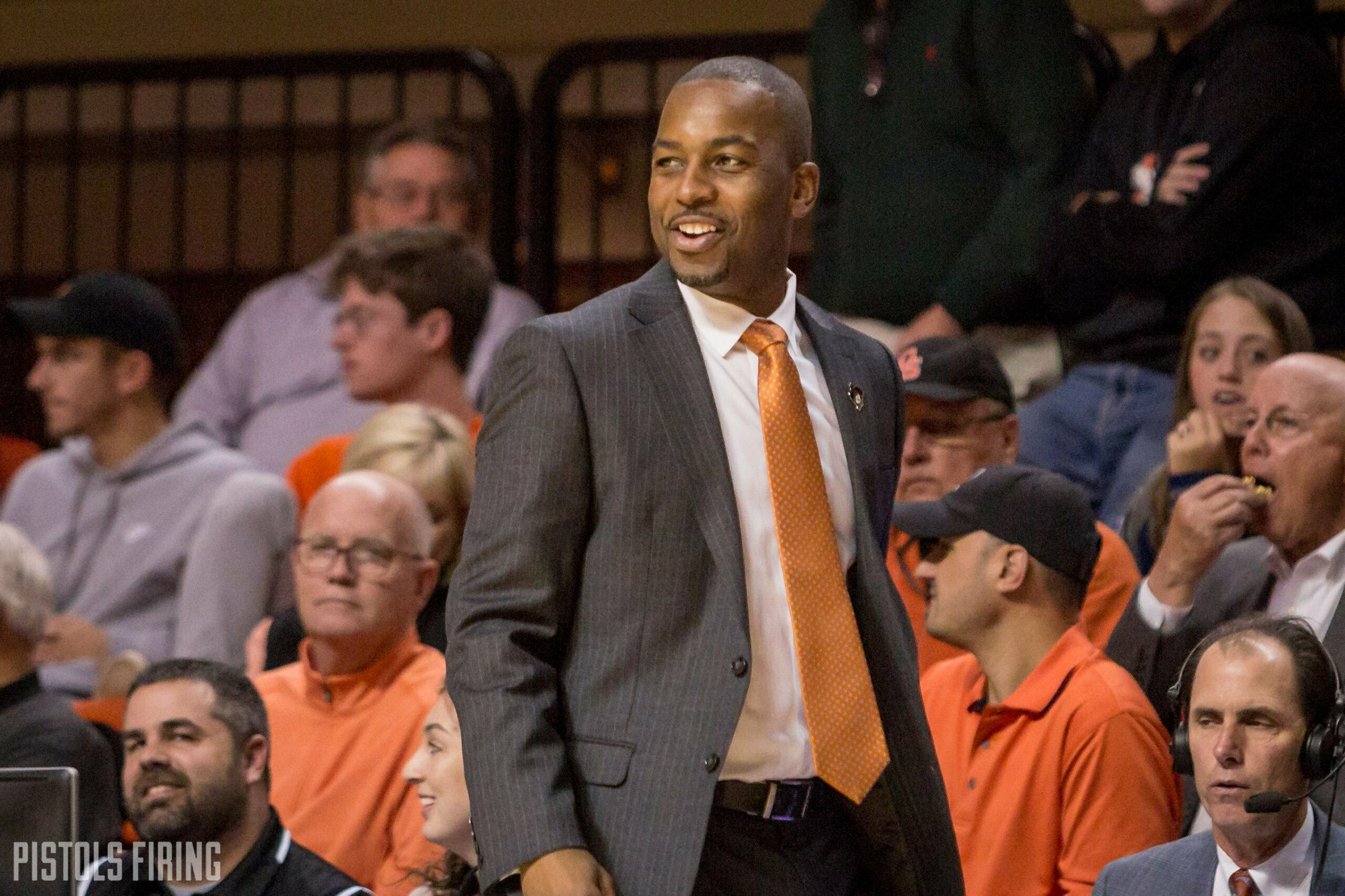 Oklahoma State briefly fell out of the top 10 in the 2020 class rankings, but with Donovan Williams’ announcement on Monday evening, the Cowboys are back inside it (barely).

The top-150 shooting guard from Nebraska has pushed their total class rating to 63.36, which is just ahead of Gonzaga and just behind NC State and Auburn (😒).

With no scholarships left in the queue (unless somebody transfers), OSU will likely start sliding a bit as teams with scholarships still available leapfrog them until school starts (presumably) later this fall. How far remains to be seen.

A class with a 63.36 rating would have ranked 16th in 2019 and 17th the year before that. This could change of course if somebody transfers and Mike Boynton lands another high school star or superstar. Regardless, it’s going to be one of their best classes since, well, since the last time they got the No. 1 player in the nation.

A couple of notes here.

• OSU hasn’t recruited all that well over the last decade. They’ve had moments, but even in Marcus Smart’s year (where he was a top-10 player nationally), they didn’t have a single other top-250 guy.

• Part of the reason the 2020 class is so highly rated is because they have so many bodies (because other players have transferred). Still, the average player rating of just under .94 is comparable to 2015 when Jawun Evans, Igor Ibaka and Davon Dillard all came to Stillwater.

• To put all of this into perspective: All five guys in this year’s class are top-50 recruits in the history of Oklahoma State University. That’s remarkable.

• How about that 2008 class of [checks notes] Keiton Page and Malcoln Kirkland. Slid in just behind Furman and South Alabama. Hate to see it.

• The trajectory of recruiting since Boynton arrived has been remarkable.

This is how you build.

• This class would have ranked second or third in the Big 12 (which is probably more important than the national number) every year since 2013. The competition is nasty this year with six teams in the top 25 in this year’s recruiting rankings (include Williams’ other pursuer, Kansas State).

• I did not envision OSU having zero top-15 classes since 2005. Closest they got was the 2007 class with James Anderson, Marshall Moses and Martavius Adams.

• I am excited for the future of Oklahoma State basketball.