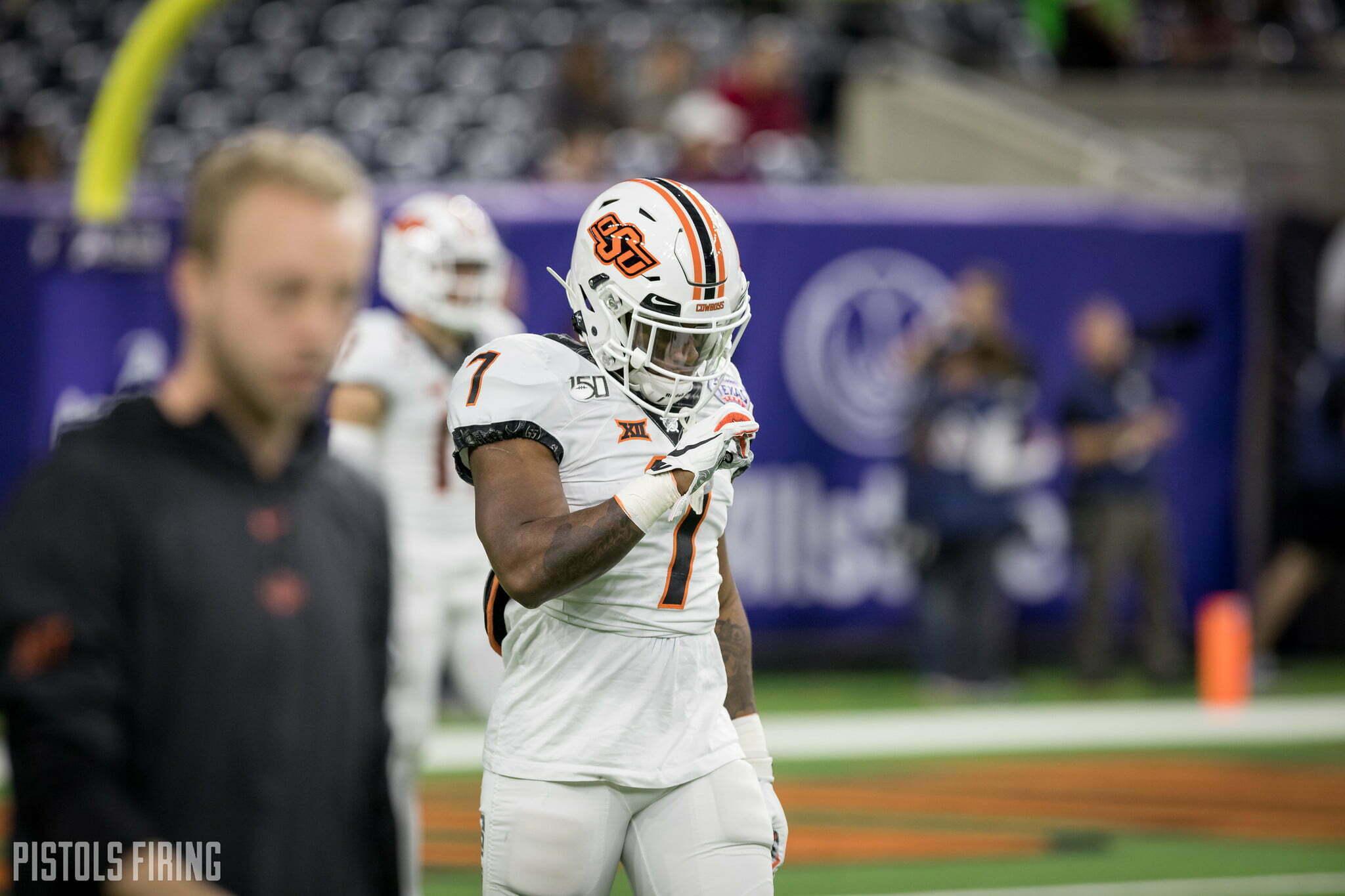 As I wrote through some thoughts on Wednesday about testing Oklahoma State players and finding a few cases of COVID-19 — most notably with star linebacker Amen Ogbongbemiga — I was reminded of an article I read recently about how all of this is going to work in the months ahead.

Again, institutionally-speaking, catching corona cases early on is a good thing and proof your system both is working and could continue to work in the future. It’s also the way forward into the season, according to many medical professionals.

The Mercury News’ Jon Wilner recently interviewed an epidemiologist named George Rutherford (who’s also a football) fan about how football could feasibly take place. It involves testing. And more testing. And testing of the testing. And it … kind of makes sense?

So testing players 72 hours before kickoff (Wednesday afternoon or evening) would be ideal for Saturday games. Players would need to be tested again Saturday morning, Rutherford said, to ensure that no viral shedding would occur on game day from players who tested negative in the middle of the week.

“From a physiological standpoint, you’d need to do it as close to the game as possible,’’ he said. [Mercury News]

But that’s not all the testing that would need to take place.

Test them Wednesday afternoon, test them again Saturday morning — and the windows for contagion should be slammed shut on game day. Add a test on Monday morning to cover early-week interactions in meetings and practice, and full containment could be possible. [Mercury News]

This gets costly, of course, when you have so many people within the organization (around 200 for football), but there’s not really a price so high that you wouldn’t pay it at this point.

And this is the built-in advantage that college football has (and other professional sports have). They have the money at their disposal to do this correctly. Theoretically, if you can test you can manage the virus, which is probably where we’re at as a country right now — doing our best to manage the virus.

This could make for a weird season if, say, Spencer Sanders tests positive on a Saturday morning and has to sit out later that day, but it would certainly be better than no season at all. It’s also seemingly where a lot of schools have landed internally in terms of restarting their summer workout programs.

Which organizations actually implement this or a version of this will be interesting. Will it be on a conference-by-conference basis? Will the NCAA try to flex its limited power within football to force universities to do it? What if one conference decides to do it but not the other? Will it be a requirement by the College Football Playoff committee? Will you do it for other sports as well?

Many questions, few answers. Just like this entire pandemic.

However, both OSU catching cases and quarantining early on and the idea that this could be the way a college football season can take place are encouraging ideas as organizations try and navigate this never-before-navigated (at least in modern times) global pandemic.