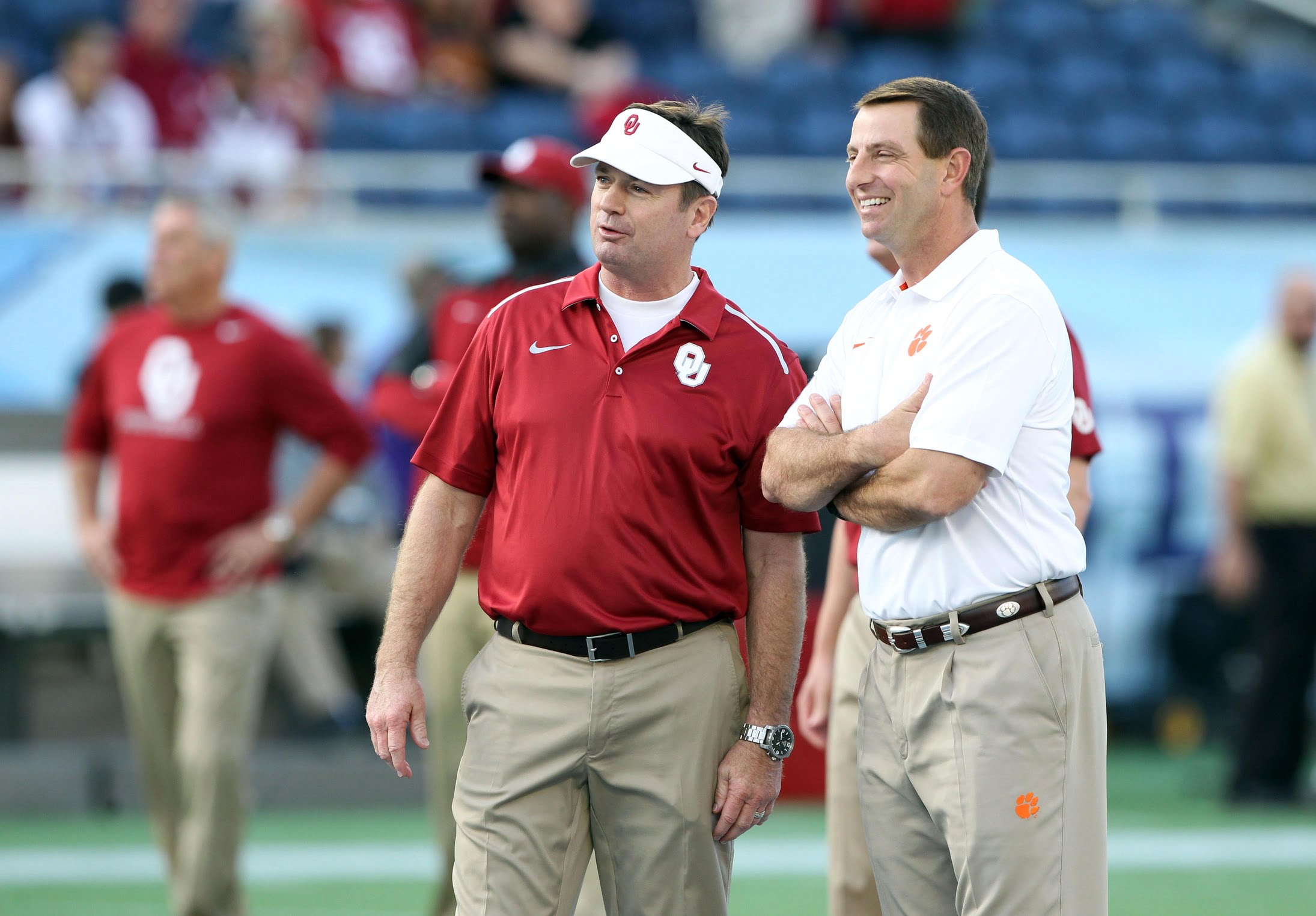 On Monday night OU touched off one of the most disappointing seasons ever by pretty much any standard possible.

They were favored in all 13 games and only won eight of them.

#Oklahoma, favored in all 13 games this season, finished 8-5 with only 1 of those losses coming in a true road game.

They were the preseason No. 4 team in the AP poll and they will finish the season likely not receiving any top 25 votes. If OSU wins Friday it will finish one game worse than the Sooners.[1. Think about THAT for a minute.]

It was a stunning fall from grace though the Sugar Bowl looking more like the Splenda Bowl in retrospect wasn’t a crazy difficult narrative to unearth if you were looking in the right places.

OU wasn’t all that great at the end of last year until the 4th quarter of Bedlam and in that Bama game. They looked downright terrible in the first three quarters of Bedlam.

Anyway, last night was a complete disaster — this is the best tweet I saw about it:

Worst bowl for Oklahoma since Dust.

But it’s now Tuesday and OU fans being OU fans they are surely totally rational about a five-TD loss to a team that couldn’t make the ACC title game.

Here are the seven things OU fans are thinking and/or saying following the destruction.[1. This is (hopefully obviously) a parody — some of my best friends are OU fans and I don’t actually think all OU fans are like this.]

8. “Fire everyone. Seriously, fire Bawb, hire him back next week and then fire him again.”

7. “We don’t really get up for pre-New Year’s games. I’m not even sure they count in the record books.”

TV broadcast says the last time OU was held without a touchdown in a bowl game was 1989 in the Citrus Bowl vs. Clemson. Wow. #Sooners

5. “I hope Bawb called Brent after the game and told him he wanted him back. I’m sure he’d come back if Bawb asked him. You think Clemson would do Josh for Brent straight up and maybe if we throw in Sterling?”

4. “Texas is the only team in orange we care about beating.”[1. That was very, very apparent over the last month.]

2. “You think we’re gonna get Belichick or Saban after they fire Bawb? I’d prefer Saban but I guess Belichick would be OK.”

1. “But we beat Bama that one time and they’re really, really good.”