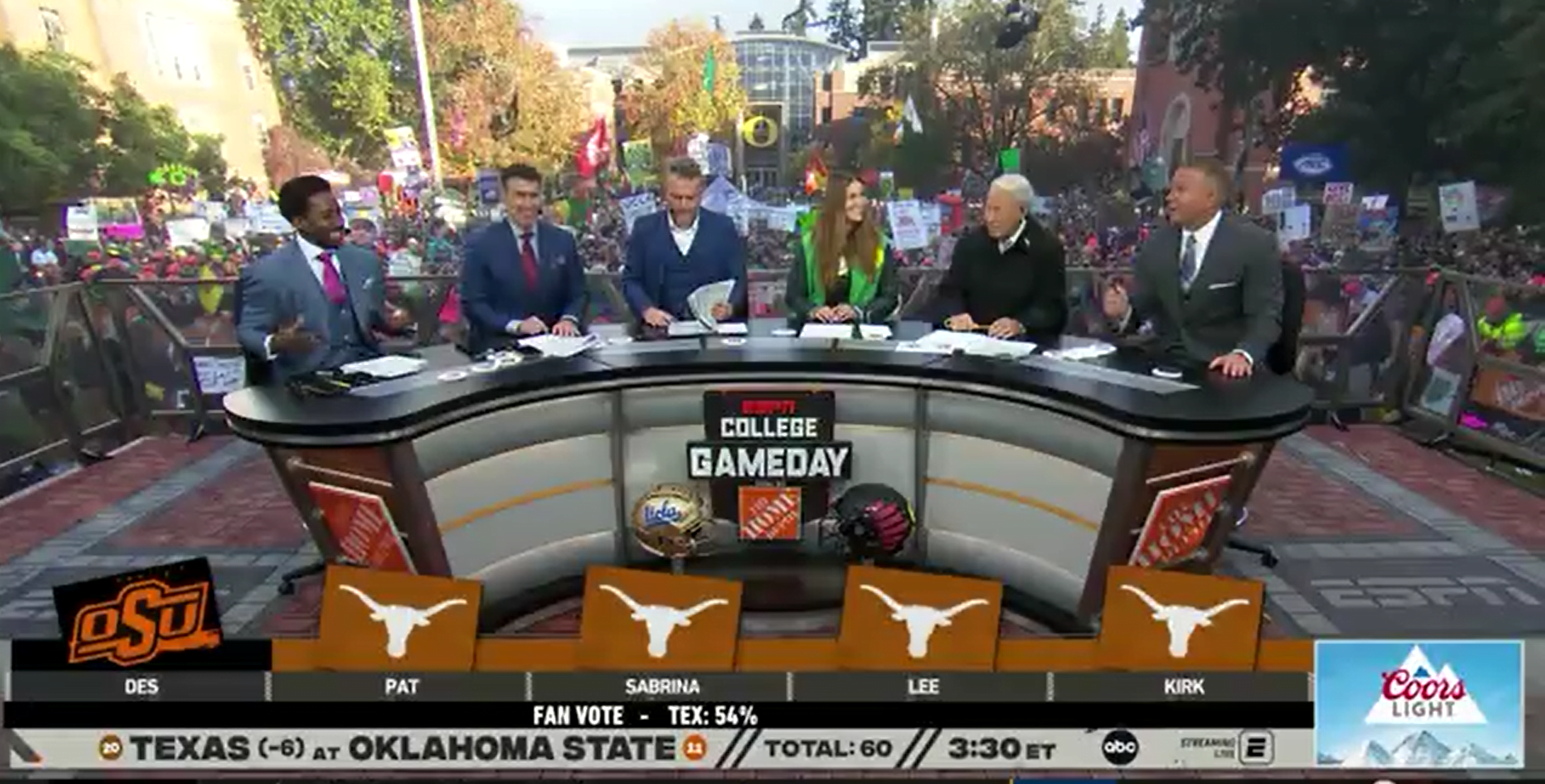 The ESPN GameDay crew did not put much respect on America’s Greatest Homecoming. Texas is a road favorite over a higher-ranked team for the first time since the 1970s, according to Rece Davis. The majority of the crew picked the Longhorns to make good on that piece of trivia.

Desmond Howard was the only panelist to pick the Pokes. He also has OSU as his super dog. But the rest of the crew showed a preference for the burnt shade of orange.

Pat McAfee pointed to Quinn Ewers and Bijan Robinson as keys to the Longhorns getting the big win.

Celebrity guest picker, WNBA player and former Oregon Duck Sabrina Ionescu, went with the canned Big 12 narrative of “a lot of points and not a lot of defense” and then buried herself even further with OSU fans citing her guy Kevin Durant and finished with a “Hook’em.”

Lee Corso said the Longhorns would have a party at Eskimo Joe’s after the game. On Homecoming Weekend? Get real, Coach.

Kirk Herbstreit went with a more Xs and Os approach, alluding to the Cowboys’ trouble against passing offenses and Derek Mason’s decision to sit back to protect the deep ball which would allow Robinson to make hay in the ground game.

The Cowboys and Longhorns will get things started at 2:30 p.m.