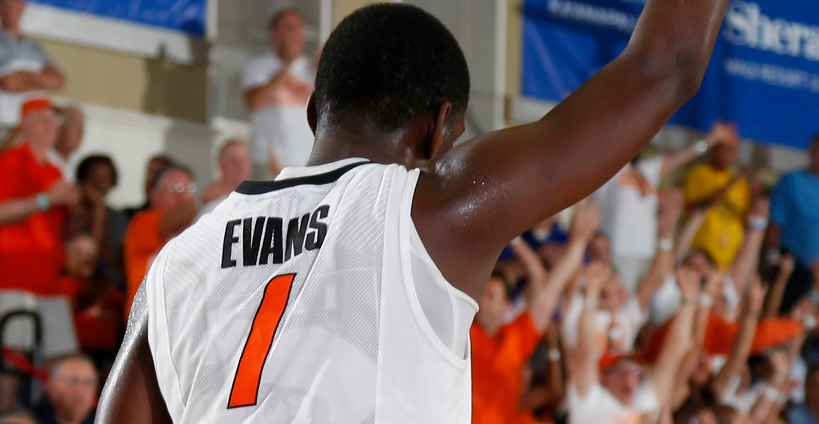 Jawun Evans is seeing his draft stock steadily rise after putting up some big numbers in the early portion of the season. ESPN’s draft specialist Chad Ford released his second NBA mock draft on Friday, where he put Evans into the first round for the first time at No. 24. He was previously unranked. From Ford:

There have been a lot of terrific freshmen point guards this season, and they’ve overshadowed what Evans has done for the Cowboys.

He’s been both an elite scorer and ballhandler for Oklahoma State, and a growing number of scouts think he has a future in the NBA.

Evans is averaging 20.2 points and 4.6 assists per game in his sophomore campaign. Having sat out the second half of conference play of the 2015-2016 season, he may have snuck under the radar of NBA scouts. But under the radar is a thing of the past for him.

Not only are his averages up across the board, Evans has proven to be one of the top players in advanced metrics, too. With players utilized in 28 percent of offensive possessions, Evans ranks No. 11 nationally in totally efficiency according to KenPom with an 120.9 rating — scoring 120.9 points per 100 possessions. He is getting it done on defense, too, as he has been a constant disrupting force. He is 23rd in the country in steals percentage as well — he is averaging 2.5 steals per game.

Sports Illustrated has Evans as the 26th overall prospect in the 2017 NBA draft. If he continues his hot play in Big 12 play, don’t be surprised to see his stock continue to rise as the NBA draft inches closer.