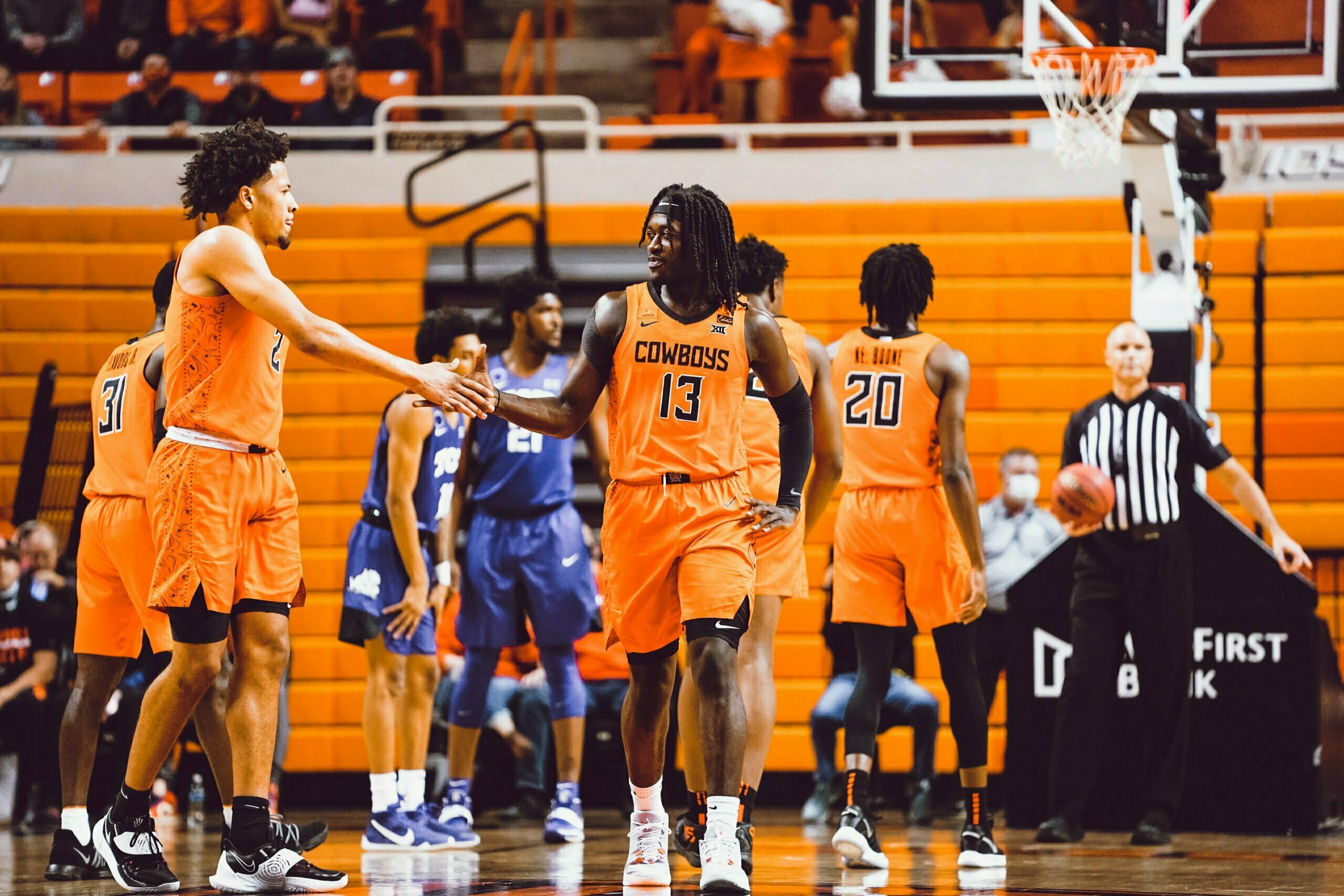 The Cowboys rank fourth in the Big 12 in scoring, but scoring droughts have cost the Pokes their first two Big 12 games.

The Cowboys haven’t played since that Texas game, and OSU coach Mike Boynton has used his extended break to watch film and help diagnose the struggles OSU has had in those stretches.

“This isn’t the Cade [Cunningham] show,” Boynton said. “I know he gets a lot of attention, and he’s a really good player. We stand around and watch him. I tell them we have a lot of people who are tuned in on TV, the guys on the court have to be a part of the game. It’s not time to watch. Be involved, try to find a way to help.

“We got to get Ice [Isaac Likekele] more aggressive, more assertive. He’s got to help us more, be more consistent. I think before the Texas game he was sixth on our team in field-goal attempts — can’t happen. Just can’t, too good of a player. He doesn’t have to be first, maybe Cade is going to be first regardless, but he needs to be second or third for us to be our best.”

Cade Cunningham has put up 117 of OSU’s 491 field-goal attempts this season. That’s the most on OSU’s team with Matthew-Alexander Moncrieffe being second with 58 field-goal attempts. Ferron Flavors is third with 51 attempts. Isaac Likekele is fourth with 50, and Rondel Walker is right behind Likekele with 49.

Likekele is quite clearly the second-best player on the Cowboys’ roster behind Cunningham, but he hasn’t put up a ton of shots.

Against TCU, Likekele was seventh among Cowboys in field-goal attempts, and he was sixth against Texas.

Likekele has been incredibly efficient with his attempts, as he is shooting 60% this season. That has led Likekele to being second on the team in scoring at 10.1 points per game, despite being fourth on the team in attempts.

Likekele is also the Cowboys’ leading rebounder, averaging 8.6 a game. That’s third in the Big 12, despite Likekele being a 6-foot-5 guard. He is tied with Cunningham with a team-leading 30 assists. However, Cunningham’s assist-to-turnover ratio is 1.03, and Likekele’s is 1.88.

Cunningham has been an incredible scorer for OSU in his freshman season. He is averaging a Big 12-leading 19.1 points per game, but for OSU to get out of its funks, it’s going to take more than one guy.

“We’re watching Cade too much as a team, and he can’t be as good if the other guys aren’t active participants offensively,” Boynton said. “He’s got to be better defensively. He’s got to be more engaged, and he’s got to rebound better. His rebound numbers aren’t near where they need to be.

“And we got to get Ice more involved. It’s probably my fault, like I haven’t put the ball in his hands enough. And we’ll see that be something that you’ll see a little bit different as we start Saturday.”