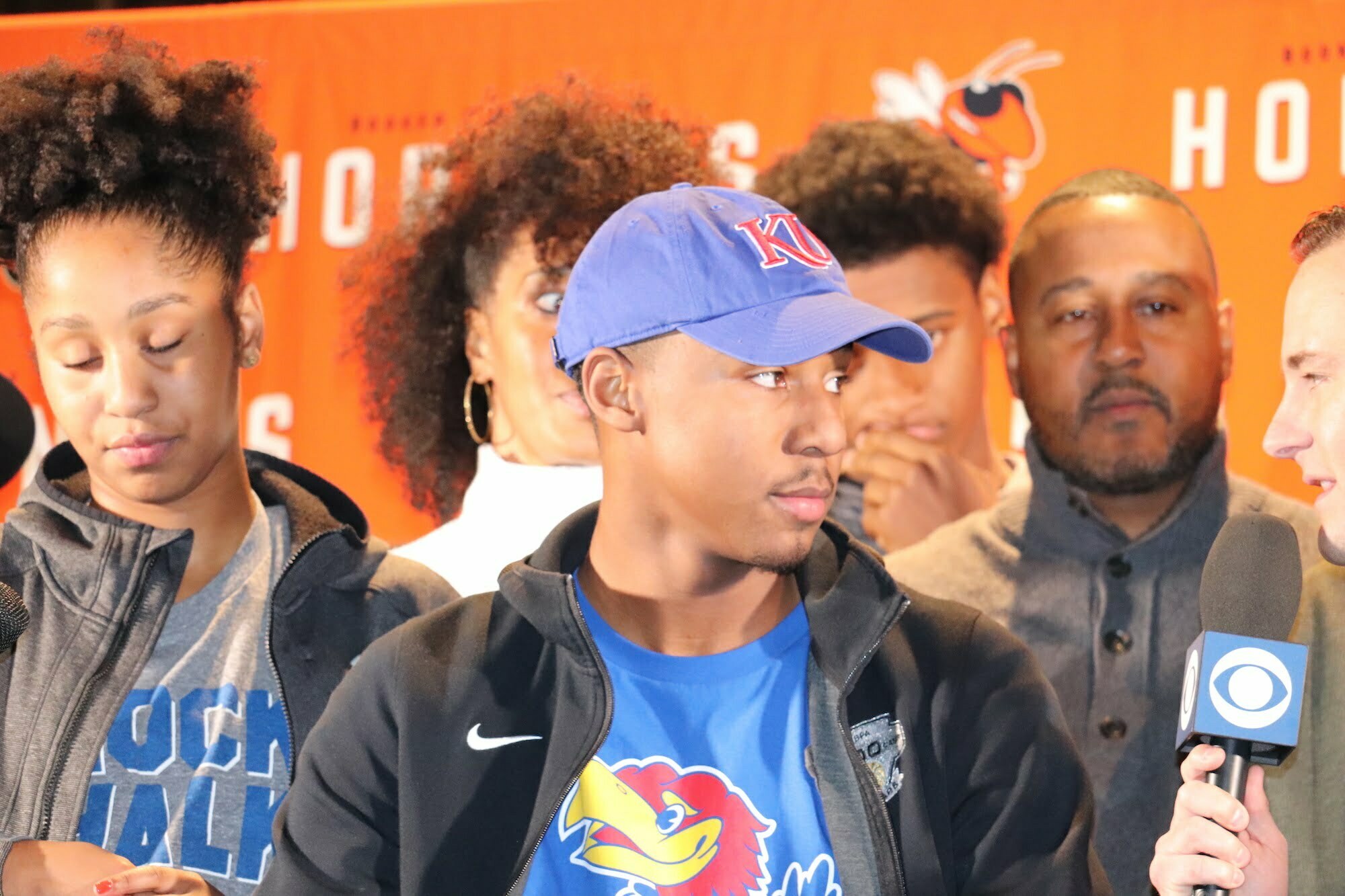 TULSA — Finishing runner-up is never a good feeling, but at least in most competition, there’s some sort of award for it. That’s not the case for Oklahoma State as it finished second to Kansas competing for the services of five-star Tulsa guard Bryce Thompson.

The Cowboys made a great push — and a staunch one. They were first to offer him all the way back in 2017, they stayed on him throughout, and they made a late surge by getting five-star Cade Cunningham to commit earlier this month. It made a decision many people expected was a done deal into a decision that required some extra thinking. Cunningham was personally lobbying Thompson to join him, which made the latter wrestle with his decision and mull over what a Cunningham-Thompson backcourt might look like.

And according to my sources, it was nearly enough. Nearly. But again — nearly is a word used for second-place finishers. In the end, it turns out, Kansas is still Kansas — the king of the Big 12, a college basketball power.

Kansas being Kansas comes with an asterisk these days, of course. The program is under NCAA scrutiny after being hit with three Level I violation allegations in September — the most serious in the eyes of the NCAA. Sanctions are likely to come. And yet with the NCAA cloud hanging over the program, Thompson told me he entrusted those around him with the decision and felt comfortable with picking KU over UNC, Oklahoma State and Oklahoma. He told the Tulsa World he even met with KU athletic director Jeff Long on the subject.

I am aware of the controversy currently surrounding Kansas. It did concern me a bit at the beginning, until I went on my visit and I was able to talk face-to-face with some of the administration, including athletic director Jeff Long.

My mom doesn’t play. She asked every question in the book. Mr. Long was able to answer them directly and stayed on point. He didn’t veer off into some other conversation. I appreciated that. [Tulsa World]

And if Kansas being Kansas isn’t enough reason to explain away why the Jayhawks beat out the Cowboys, Sooners and Tar Heels, relationships swayed it. His father, Rod, played for Bill Self at TU. His grandfather also played at Kansas. The family is deeply tied to the program.

They made an official visit to KU earlier this fall to dig deeper into the NCAA concerns, and that’s where they felt comfortable with KU. In a return trip Friday to watch his first in-person game at Allen Fieldhouse, Thompson said he became more confident in his decision leading into Tuesday, knowing the Jayhawks were essentially family to him.

For Oklahoma State, this may go down as an all-time what if. What if Cunningham had committed earlier and began his lobbying in June? What if imminent NCAA sanctions on KU had been a tad more expedient? What if Cade Cunningham and Bryce Thompson had chosen the orange and black?

We’ll never know the answer to that it appears, because in the end, Kansas is still Kansas. And as Cade Cunningham put it: blood is always thicker than water.