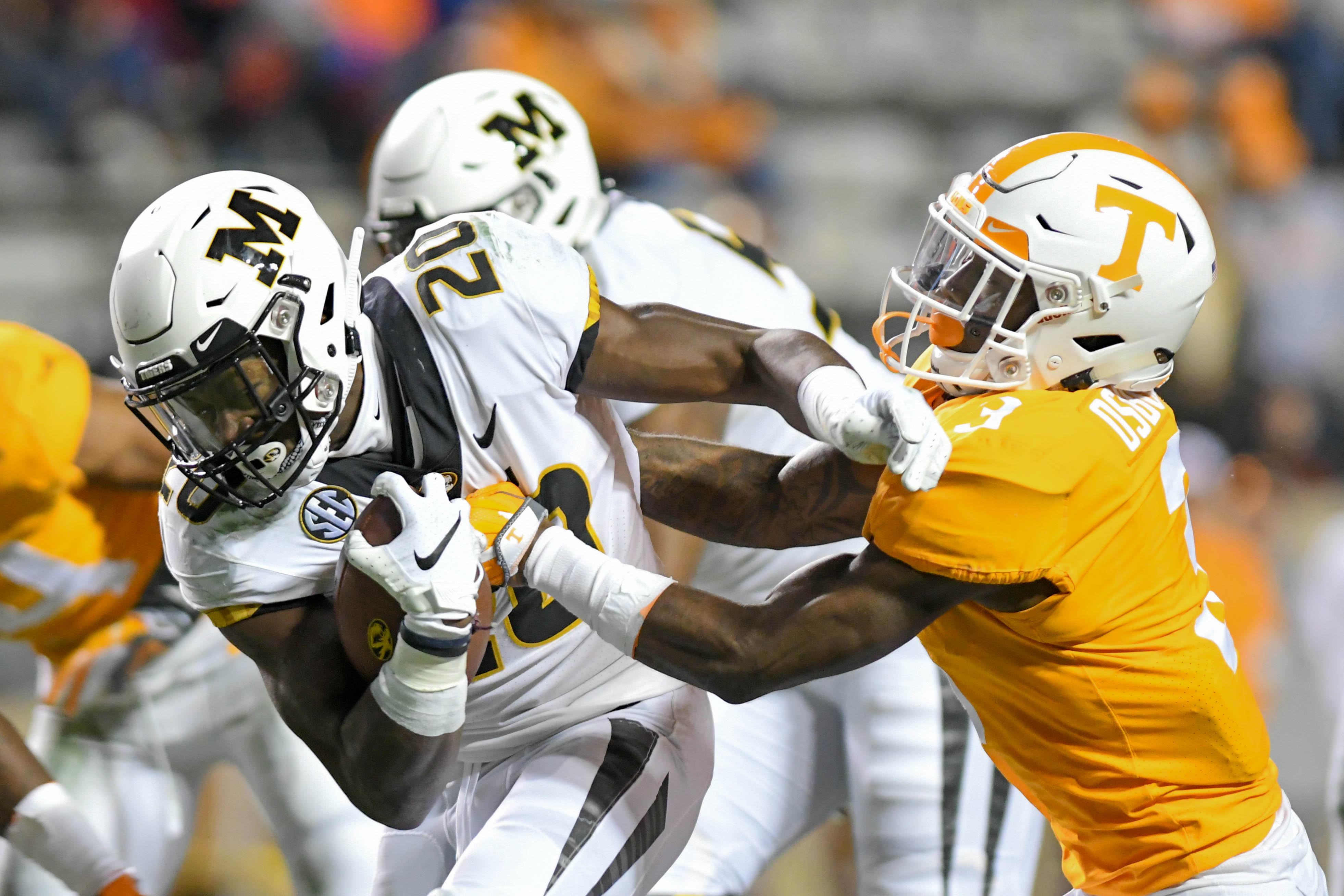 Oklahoma State prepares to take on a Missouri team whose offense resembles just about every one from the Big 12. The Tigers have long run the spread, even in the Gary Pinkel days of the early 2000s, but they run things a bit differently now. Former offensive coordinator and current UCF head coach Josh Heupel brought his system to Columbia in 2016 and the Tigers have flourished with stud quarterback Drew Lock at the helm.

Missouri’s offense operates similar to Baylor’s did just a couple years ago. Personnel-wise, they’re very similar. Quarterback with big arm? Check. Big bruisers at running back? Check. Athletic and lanky receivers who excel in single coverage? Check. Scheme-wise, the Tigers are an RPO-heavy team that get most of their passing yardage through attached routes and screens.

The Tigers don’t have as extreme splits as Baylor used to — and they have more formational diversity — but many of their concepts are still the same.

Missouri’s RPOs split up the field into thirds just like Baylor used to do.

The players on the line block some type of run, the receivers on the strong side run some type of screen or route combination, and the receiver on the weak side runs a “win” or “gift” route, which changes depending on the leverage and positioning of the corner and weak-side safety.

This gives the quarterback the option to distribute the ball to whichever third of the field the offense holds the advantage. If the quarterback feels the running back will have enough space to run through, and/or they have as many or more blockers than the defense has in the box, he can hand the ball off (see above). If the offense outnumbers the defense on the strong-side third, the quarterback can abort the handoff and throw to the uncovered receiver.

If the defense rotates to one-high and leaves the weak-side corner in single coverage against the split end, then the quarterback can abort the handoff and throw to that side:

The team also uses post-snap RPOs, where the quarterback reads a conflict defender after the ball is snapped. Here’s an example with the split end running a “bang” post and the quarterback reading the defense. The safety creeps down, leaving the receiver one-on-one with an inside-breaking route.

Post-snap reads can also include read options. Drew Lock isn’t used a ton in the run game but he has six rushing touchdowns in 2018, most of which coming in the red zone.

The Tigers’ losses have come when they get dominated at the line of scrimmage. Most spread teams like this are an early-down team. They rely on their first and second-down calls to move the ball, and they don’t rely too much on their straight dropback passing game or advanced passing concepts. These offenses struggle when defenses take away the RPOs and force the offense into straight passing situations.

Even so, Mizzouri will force the Cowboys to cover sideline to sideline and, just like the Baylor teams of the past, they take their fair amount of shots down the field when the defense starts to creep up. The Tigers’ offense will look familiar to both the OSU team and fans, but that doesn’t necessarily make it easier to stop.