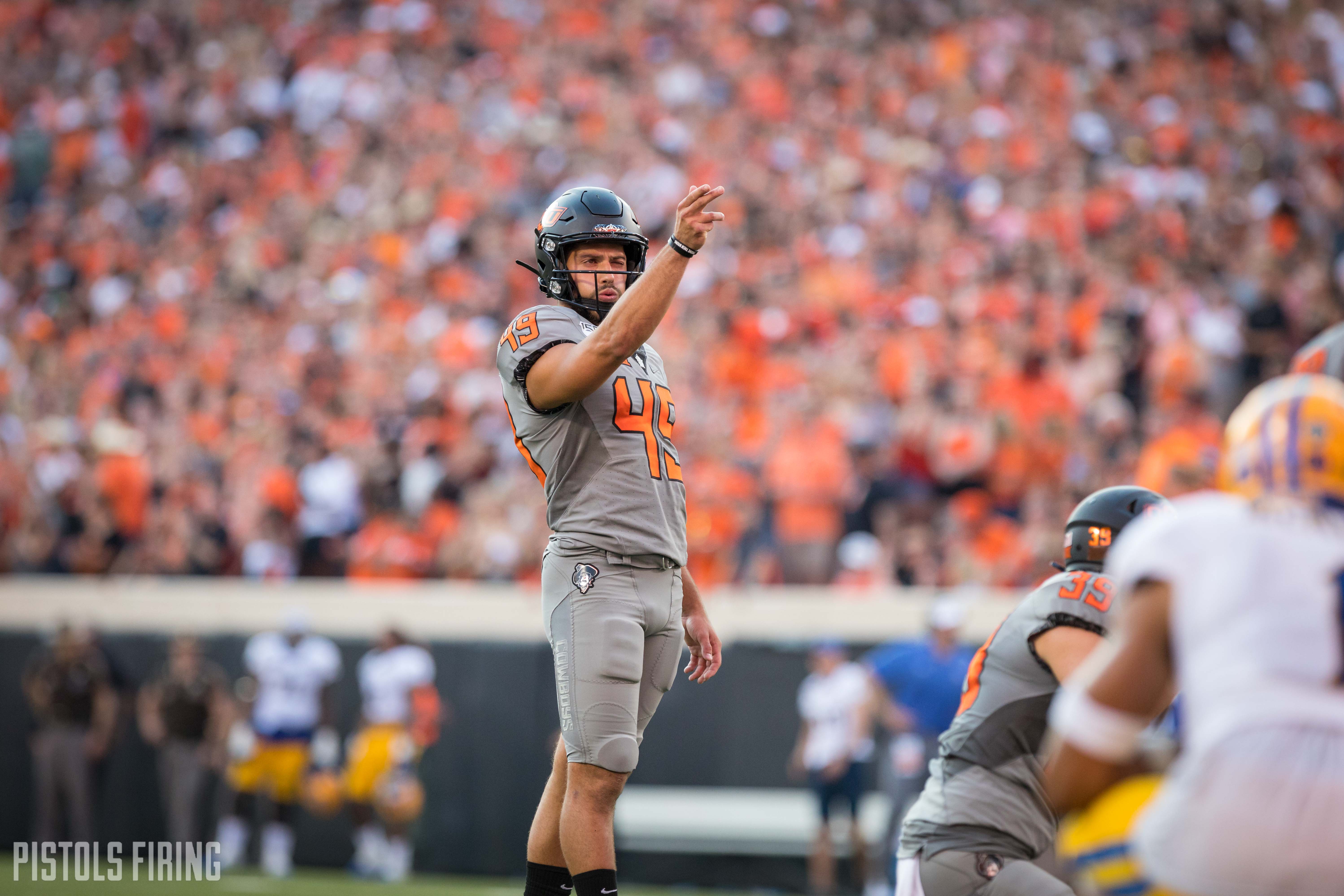 Oklahoma State did what everyone expected it would do Saturday in Stillwater by running McNeese off the field in a 56-14 blowout win. There were many highlights (most of which were some form of Tylan scampering downfield). Here are the highlights from off it, with a look at the five best quotes from the press room.

1. Spencer Sanders on what Gundy said at halftime

Then, this: “We started off a little slow, and we picked it up. He wants to see how we should have started in the second half, and we proved that, scored on the first play.”

2. Gundy on C.J. Moore shaking off the rust

I’m not going to go too far here, but C.J. Moore looked like the offspring of Randy Moss and Marion Jones as he caught a pass and took his only reception 59 yards to the house. Gundy didn’t quite go as far as that example, but he seemed to like what he saw.

“C.J. looked like he played good. He’s gotten loose. He did a nice job at Oregon State, then he got loose here tonight. It was nice to see No. 8 catch one and run fast. That’s what we brought him here for. He took off and did a nice job. Braydon (Johnson) was rolling pretty good, and I liked the way Dru played for the most part. When he was out there with the guys who have played some he was pretty effective. It gets a little rough for him when there are new guys out there who haven’t really worked together. Jordan McCray made some plays, so that’s good. Those guys are coming along. From watching in August, they’re actually playing better now than I thought they would be. We’ll find out as we go on, but I thought they weren’t as far along as I wanted them to be three weeks ago, and they’ve played better in games.”

3. Tylan on his get-away-from-the-cops speed

“I’m just trying not to get caught. Make sure I get in the endzone. If I get caught I’m going to hear it from all the guys and Coach Dunn. Just make sure I don’t get caught.”

(Narrator: He did not get caught.)

“I almost got a concussion from Kevin Henry banging me on the forehead and back of the head as well.”

5. Sean Gleeson on focus to get Tylan the rock

“During the week, we talked about getting the ball to him under 10 yards, these hitch and shorter throws. At one point, I told him, ‘You know we are going to throw it to you, and you are going to catch it. But that’s not the end of it, you are going to have to break a tackle.’ It was great to see him do that, and he is just making plays for us. And that’s what we need him to do for us, to be successful. Guys like him, Chuba Hubbard and other guys who’ve made plays the last two weeks, we need them to keep doing that and keep getting better.”