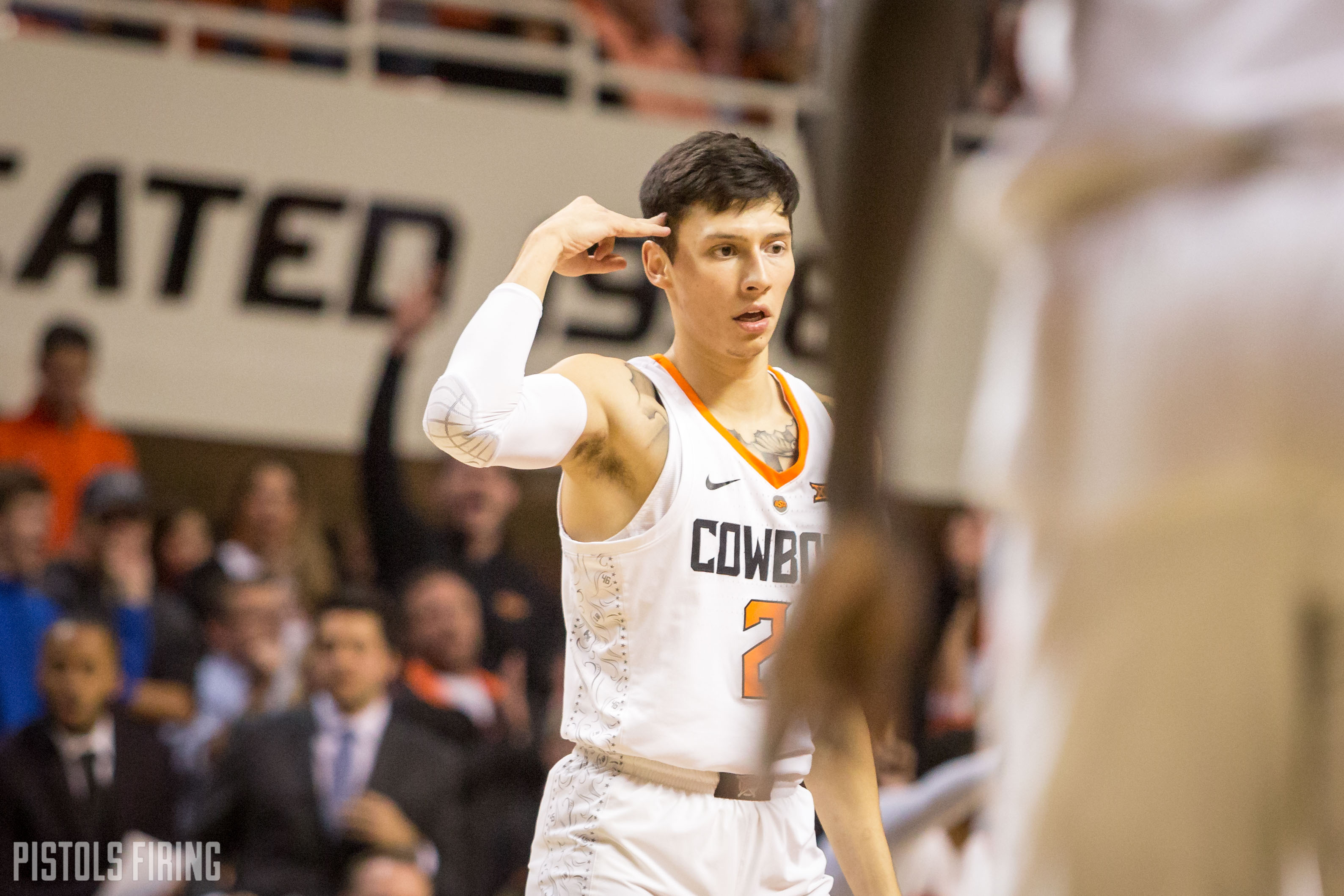 This season has already proven the Oklahoma State basketball team isn’t far and away the worst team in the conference.

The Cowboys’ first five Big 12 games were slugfests, and the Cowboys came out 2-3, not an outstanding record, but not the record of a last-place team. There is still a lot of basketball on the way, too. The least experienced team in the Big 12 has grown a lot in its first 17 games of the year, and the Pokes still have 14 more games before the Big 12 Tournament starts March 13. Here is a look at Cowboys with the most to gain for the remainder of the season.

I pair these two together because they share the same reasoning.

We’re a year out from #BagYear for the duo. As important as it is for them to keep tacking on to their collegiate careers, it’s also an important time for the two to start getting on pro radars. Waters and McGriff both have good size, shots and defensive abilities, the groundwork for a good basketball player, but there is always room to develop.

Listed at 6-foot-6, Waters could be a solid two-man at the next level. He can dribble, shoot and defend with the best the Big 12 offers. In nine games this season, Waters has shot 50 percent or better from deep, but he has yet to put up a game of at least 20 points in his college career. It’s not because he is incapable, but he doesn’t always get off a lot of shots. A few weeks ago, Mike Boynton said that can be a tough transition for players transitioning from a secondary scorer, as Waters was last season, to a primary scorer like he is this season. Waters is averaging about eight field goal attempts a game. Increasing that would help, I think, Waters and the Cowboys.

It’s a bit different for McGriff. While body-wise McGriff is a grown man and has been for a while now, his listed 6-7 height might pin him more as a small forward at the next level rather than the power forward role he has played much of his collegiate year. It’s not unheard of for an NBA power forward to be on the smaller side. Draymond Green, for example, is 6-7, as is NBA journeyman Quincy Acy, but regardless more ballhandling and perimeter work could be useful for McGriff in case he is looked at more as a small forward.

Michael Weathers is right on the brink of breaking out as one of the better point guards in the Big 12.

Turnovers and missed layups are all that’s holding him back. He has the ability, and it’s obvious. When he wants to get to the basket, he gets to the basket. It’s just the end of those plays that have tripped him up. I think some of it is that fact that Weathers had to sit out last season because of his transfer from Miami (Ohio). Although he was able to practice with the team last season, it can be difficult to simulate a hard, contested layup like he sees in games.

There’s a world where Weathers is able to work out of this bit of a funk at the rim and is able to lead the Cowboys in scoring from here on out.

Calloo is 6-9, athletic and carries a ton of different skills with him. He is raw right now, but you can see glimpses of Calloo having the ability to draw a less coordinated big man to the perimeter to defend him. Calloo consistently looks to score, and while it hasn’t always worked out this season, you can see how, with continued work, that will eventually be an issue for his opposition. A knock on his game at the beginning of the season was on the defensive end, but as of late, it looks like Calloo is double majoring at the Cameron McGriff School of Hustle, and the result has been increased minutes for the Canadian freshman.

In his first nine collegiate basketball games, Calloo attempted 13 3-pointers and made one. Calloo then picked up his first and only DNP of the year against Nebraska, and in the seven games since, he has shot only four 3s but averaged about 13 minutes a game because of his renewed hustle-first mindset. I think it’s safe to say Calloo has progressed the most of any OSU player since the season began. If we’re talking 2K, he has gone from about a 70 overall to about a 76. It’s scary to think what he could be at the end of the season.

In the coming years, playing time looks like it is going to be even more difficult to come by on the OSU basketball team.

Incoming is one of the better recruiting classes in OSU’s recent history, and for guys on OSU’s current roster, finding consistent progress is important to be in some healthy competition for minutes next season and beyond. Demuth is a prime example of that. Not everything Demuth does shows up in the stat sheet. He is more of a defense-first guy, but he has scored only 18 points on 26 percent shooting to go with 14 fouls and seven turnovers.

Boynton has compared Demuth to Mitchell Solomon early in the season. Solomon’s transformation into the fan favorite he became wasn’t a quick process. In Solomon’s freshman season, he scored 38 points and had 71 fouls, so there are even similarities in that. Again, much of this season for the young guys is about progress, and its no different with Demuth.