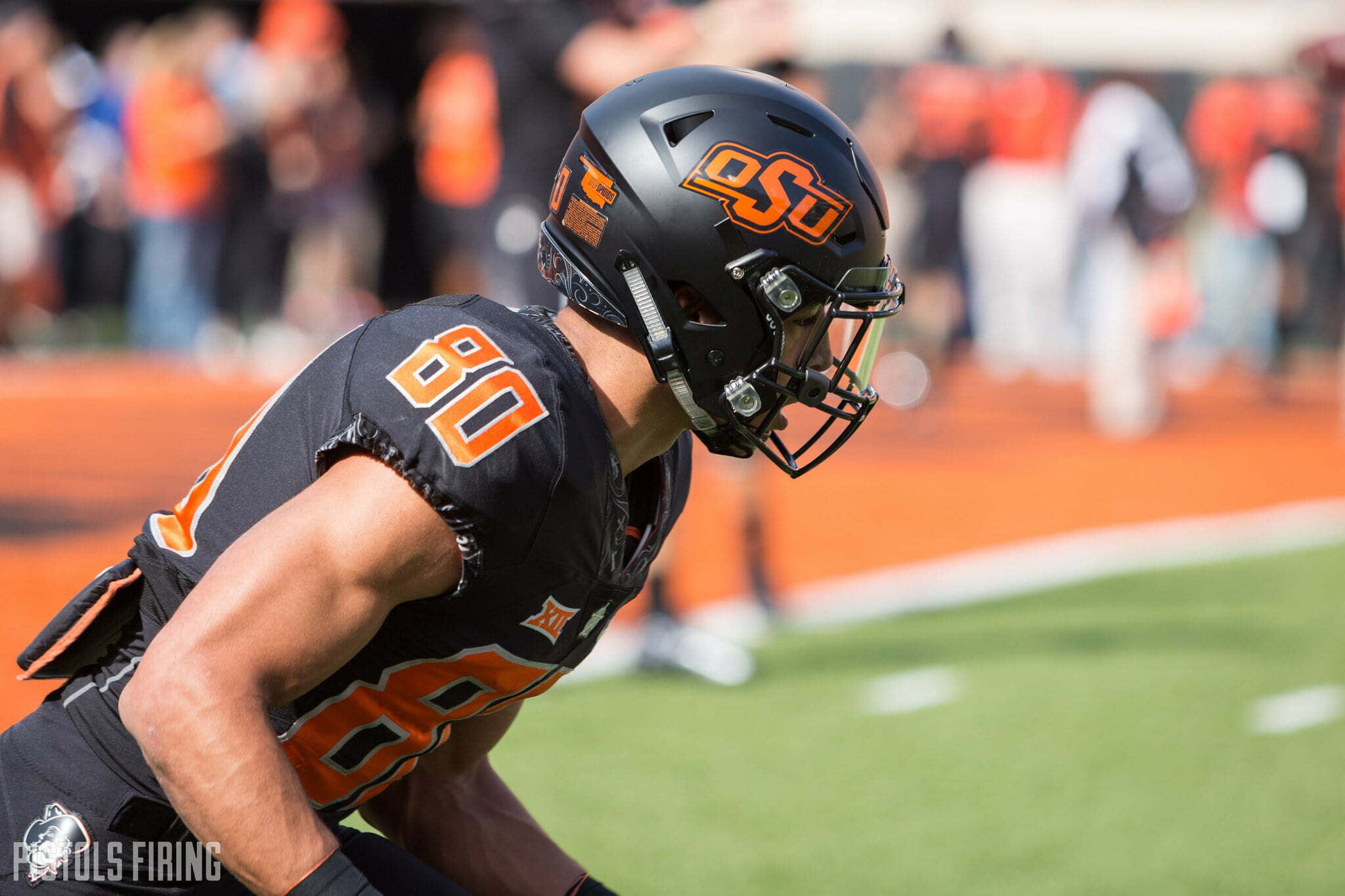 The Cowboys still have a bowl game to play and the chance at a 10th win for the third-straight year. But that doesn’t keep us looking toward the future and at some of the prospects and younger players that will vie for serious reps in 2018 and beyond.

I’ve narrowed down five players that we haven’t got a great look at yet (some we’ve had no look at) that I’m excited to watch starting next season.

The highest-rated wide receiver prospect since Dez was too good to wear a redshirt even with the plethora of wideout talent ahead of him on the depth chart. Gundy has shown that if he thinks a player can help the team, he’s not afraid to play him in Year 1.

And though Wallace was able to show off his big-play ability during limited reps, you wonder if the in-game experience earned with just four catches on seven targets in 12 games was worth a full year of eligibility.

Regardless, Wallace has legitimate speed and elite hands and body control. The future looks bright for Oklahoma State’s offense.

One of the things I’m looking forward to the most in 2018 is my first glimpse at the Canadian import with world-class speed.

Dez Bryant can’t wait to watch him. Neither can Adarius Bowman. And Mike Gundy told us all we need to know about the speedster he was able to keep on ice in 2017.

The highest-rated commit of Oklahoma State’s 2018 class will put ink to paper December 20, the start of the new early signing period. Moore’s an athletic, rangy freak who should compete for reps immediately.

After James Washington collected a Biletnikoff trophy, Moore talked about the big shoes he’ll try to fill with Scott Wright of The Oklahoman. You should go read the entire Q&A if you haven’t already.

“A lot of people asked me why I didn’t go to Alabama or another school like that,” said Moore. “But they’re not throwing the ball as much as a Big 12 team does. Why wouldn’t you want to want to follow in the footsteps of somebody who won that award the year before you’re going there? It just makes sense to be at OSU right now.”

Here’s just a glimpse at what Alabama and 19 other schools see in Moore.

When the high school senior makes it official on December 20, Sanders will be the highest-rated QB to sign with Oklahoma State since fellow Denton native J.W. Walsh signed back in 2011.

Sanders can beat you with his arm and with his legs and many are already penciling him in at the top of the depth chart at some point during his true freshman season. Whether he starts in Week 1 or plays at all in 2018, the promise Spencer provides for the future of OSU football is something few can deny.

The Cowboys’ highest-rated defensive commit fills a position of need. Cardwell comes in with the size to play immediately at the next level and can added much-needed depth behind Rodarius Williams and A.J. Green at corner.

Cardwell brings athleticism, decent cover skills and big-play ability that can be the stuff of highlight reels.