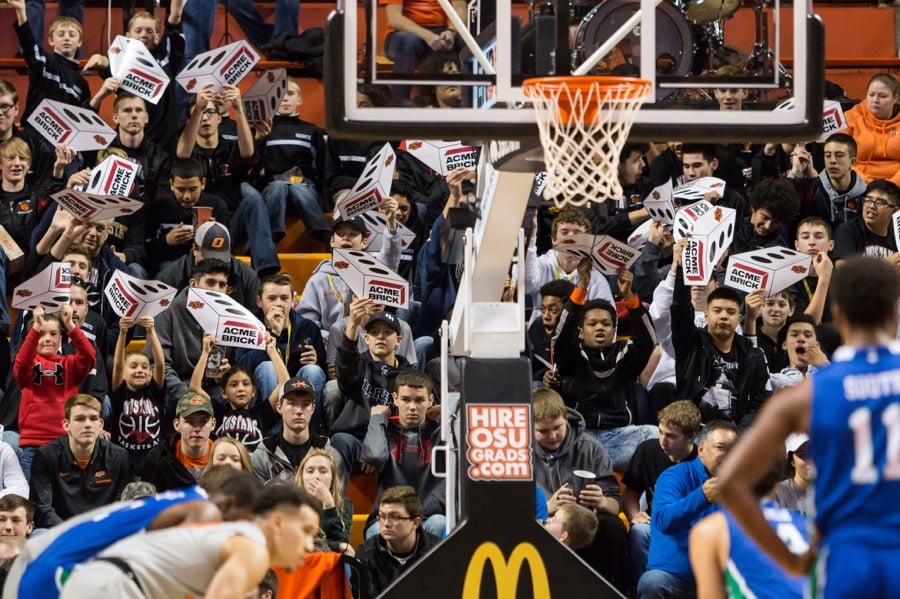 The last few days have not been much fun. From the fallout of the TCU game to one of Oklahoma State’s assistant coaches getting arrested by the FBI to that news crashing our site, it’s not been a great week to be a Cowboy fan (or a proprietor of this blog). We are working on the last matter and have hired a bag man to resurrect our business — hopefully it works.

As for the other news, I have questions. I have a lot of questions, actually. I read bits and pieces of the 59-page missive from the Department of Justice, and something like that is always going to leave you with more questions than answers. Here are my five most prominent ones.

1. What is Mike Boynton’s plausible deniability?

It doesn’t really matter what he knew or didn’t know or what you think he knew or didn’t know. What matters is whether he is plausibly deniable, and even then, it might not matter. Let’s say he has answers for all the questions he will be asked and is never found guilty of anything. Do you still keep him? Can you afford to keep him? Can you afford to not keep him? And what is the timeline for how all of this will take place.

One of your primary issues is that the NCAA hasn’t gotten involved yet. The reason that’s an issue is that as an athletic department you are currently operating out of a bigger picture position. The freaking FBI just arrested one of your coaches so what Boynton did or did not know might seem minimal in comparison. But when the NCAA enters the picture, it will pull out the little stuff (we all saw what happened to Dez, right?) So even if nothing appears to indict Boynton legally, it might pop up with the NCAA.

Mike Holder has a difficult decision to make, and neither path is going to be particularly comfortable. If you ride it out, not only does one of the least galvanizing hires of the Holder era take another blow with fans (regardless of whether guilt by association is fair or not), but the scrutiny of his recruiting techniques and success will be immense.

If you cut ties — and it seems Holder is angry enough to do so — then you’re without a head basketball coach a month before the season starts. That’s a Baylor football in 2016 situation all over again (in terms of the timing).

2. What is OSU waiting on with Evans?

Why does Lamont Evans still have a job? Well, if any of the charges against Evans (like literally any of them) are proven to be true, then he won’t coach at OSU again, and he might never coach in college basketball again. This is a master class on how to get booted from your industry forever and possibly go to jail. 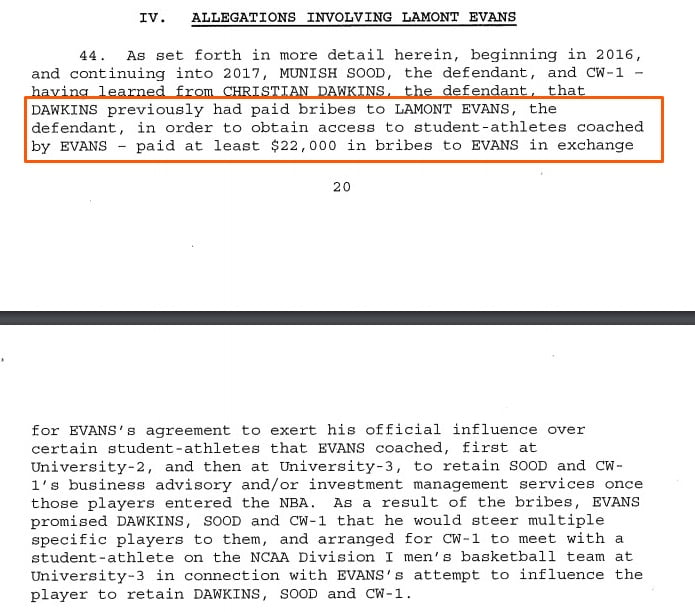 OSU is likely waiting on its lawyers to look through his contract — which seems pretty straightforward — and to figure out of any of the mountain of evidence against Evans is legitimate, and then it will be over. Why wait? Because the only thing you need less than a bribery scandal is a bribery scandal topped off with a strong wrongful termination suit from somebody you just gave a million-dollar contract to.

One of the crazier what ifs in recent Oklahoma State history, by the way, is what if OSU had hired Evans instead of Boynton?!

You can go read about Player-4 in the exchange here, but I think we’re all aware who was scoring 22 a game in February and thinking about but never entering the NBA Draft. I’m not going to say the name because for all I know the FBI is the organization responsible for knocking PFB off its server so many times this fall, but it’s right there in front of you.

So my question is not actually who Player-4 is, but rather, “Did Player-4 commit a violation?” If Dez Bryant having dinner with Deion Sanders derailed the entire 2009 football season, what might the following sentences mean for the next 2-3 years of OSU hoops? Again, listening to somebody talk about committing a violation is far different than committing one, but there will be questions.

I think the bigger question that needs reconciliation here is not “Which current player did Lamont Evans get bribed for?” but rather, “Which recruit (if any) did Oklahoma State get in which money exchanged hands?” Because the blame shifts from Hey, Evans was acting alone — lone wolf, he has the burners! to Yikes, a basketball player (or more) was paid to come to Oklahoma State, and it doesn’t really matter who was handing out the cash.

Consider the following from the document.

The first two clips are really, really bad for Oklahoma State (if it happened). The third is not great, but at there’s at least a plausible deniability there from the university (I think). Either way, the NCAA will likely hammer OSU so now we’re just talking about to what degree this will happen.

I’ve seen a lot of folks toss around phrases like “death penalty” and “basketball program will never recover.” That ain’t true. OSU will not get the death penalty, and the program will recover (eventually … … I think). All of this is bad. None of this is good. But it’s important to remember that 1. We don’t know if any of it is true and 2. We don’t know if the hammer will fall in isolation (only on Evans).

One of the fascinating pieces to me is how long it’s going to take for all of this to play out. You really put these programs in a bind because they have to more or less figure out if they need to fire a bunch of guys before the NCAA even starts sniffing around. That’s a tough business proposition in May, it’s impossible in September.

And that brings us full circle to …

5. Why has Mike Boynton’s contract not been signed?

The Stillwater NewsPress reported earlier this week that Mike Boynton has not signed his contract yet. Here’s the excerpt.

Evans’ newest contract with OSU, signed in April 2017, expires March 31, 2020, “or one year after the resignation of the Head Men’s Basketball Coach.” Head coach Mike Boynton has not been named in the scandal and has not yet made a statement. University officials told the News Press on Tuesday that Boynton had not yet signed his contract.

How is this possible? Is Mike Gundy advising him? What does this mean for the fallout of this scandal? This might have been the most stunning of all developments to me!

At the end of it, this is a bummer for all involved. For Boynton if he didn’t know. For everyone else if he did. Players are not children, I realize that. And they know the difference in right and wrong here. But as the FBI pointed out earlier in the week, they were being pointed towards — sometimes in non-nefarious ways — sleazy people who were trying to get rich off of their talent. That’s the apex of self-aggrandizement and also the opposite of what anyone’s college experience should be about.

The NCAA has long lost the innocent leg it could stand on when it comes amateur athletics, and (from an outsider looking in) this is yet another chalk mark for why college sports should be a free market business (but that’s another post for another time).

For now, I’ll leave you with this bit of slime from Evans about delivering kids to those handing him kickbacks. It feels gross to read, and it should. 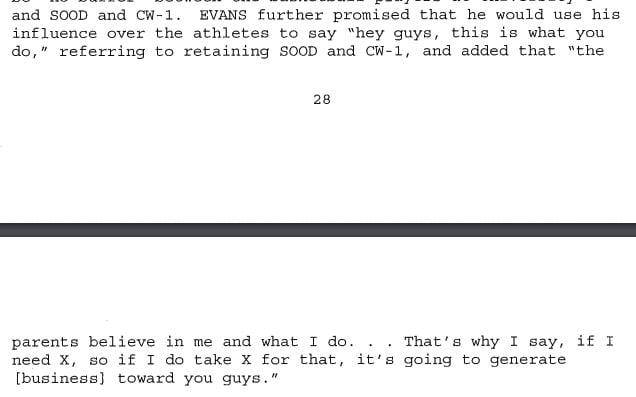 The parents believe in me and (I) generate business toward you guys.