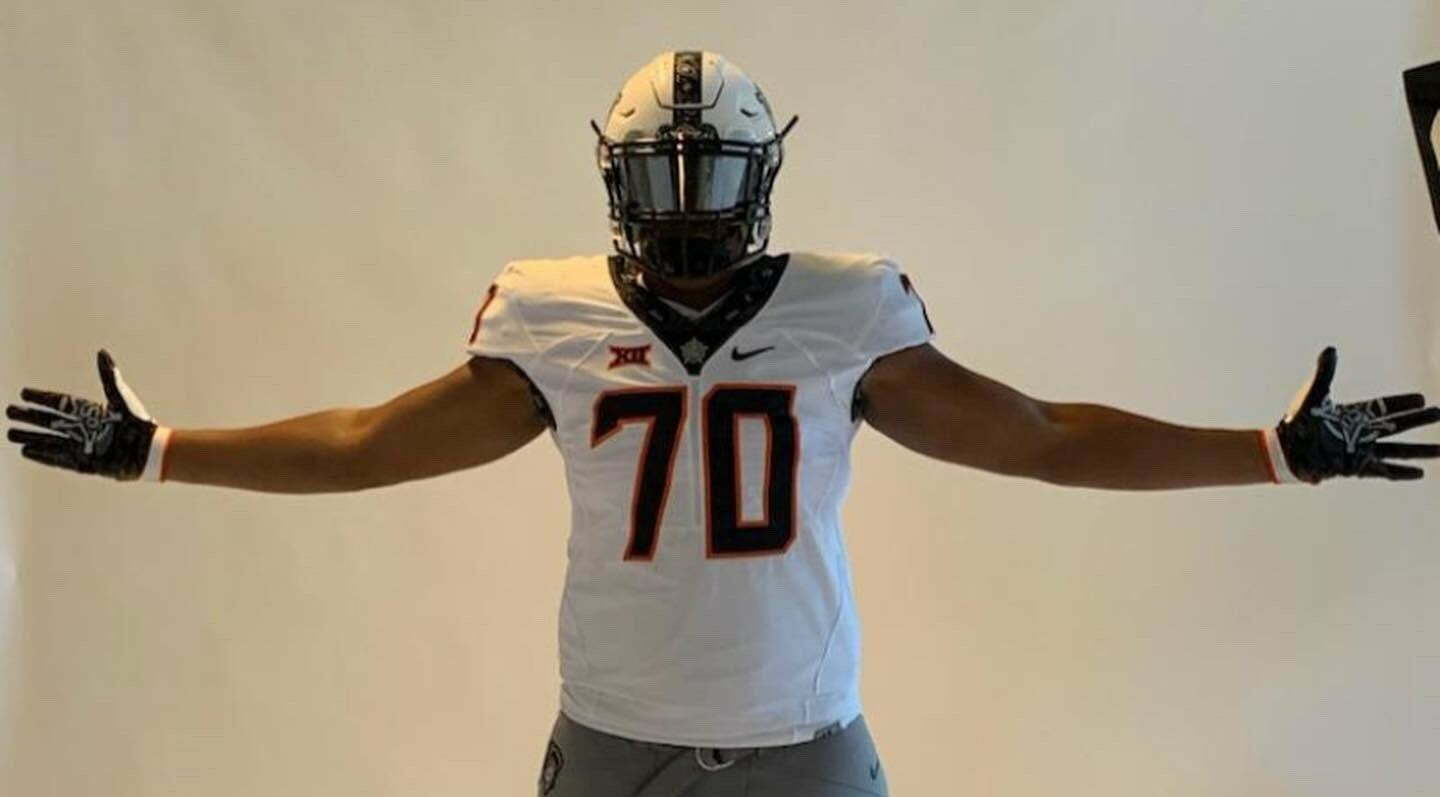 Kelvin Banks will make a program happy on Independence Day.

Banks, who initially announced his plan to pick a program July 24, has moved his commitment date up 20 days. The former Oklahoma State commit will now select his college on Sunday, the Fourth of July.

An offensive tackle from Humble, Texas, Banks is the No. 14 player in all of the 2022 class. That makes him the No. 2 OT in the cycle and the No. 5 player from Texas.

OSU was the first program to offer Banks, doing so in May of 2019. He committed to the Cowboys in September of 2019, but then he started to become a national recruit. Alabama, Florida, USC, Oklahoma, Texas, Texas A&M and Florida State are among the programs that have offered Banks.

Things seem to be trending toward the Longhorns. Texas has picked up a pair of 247 Crystal Ball predictions in recent weeks.

If the 6-foot-5, 300-pound Banks were to pick OSU, his composite score of 0.9910 would make him the highest-rated commit in the program’s history.