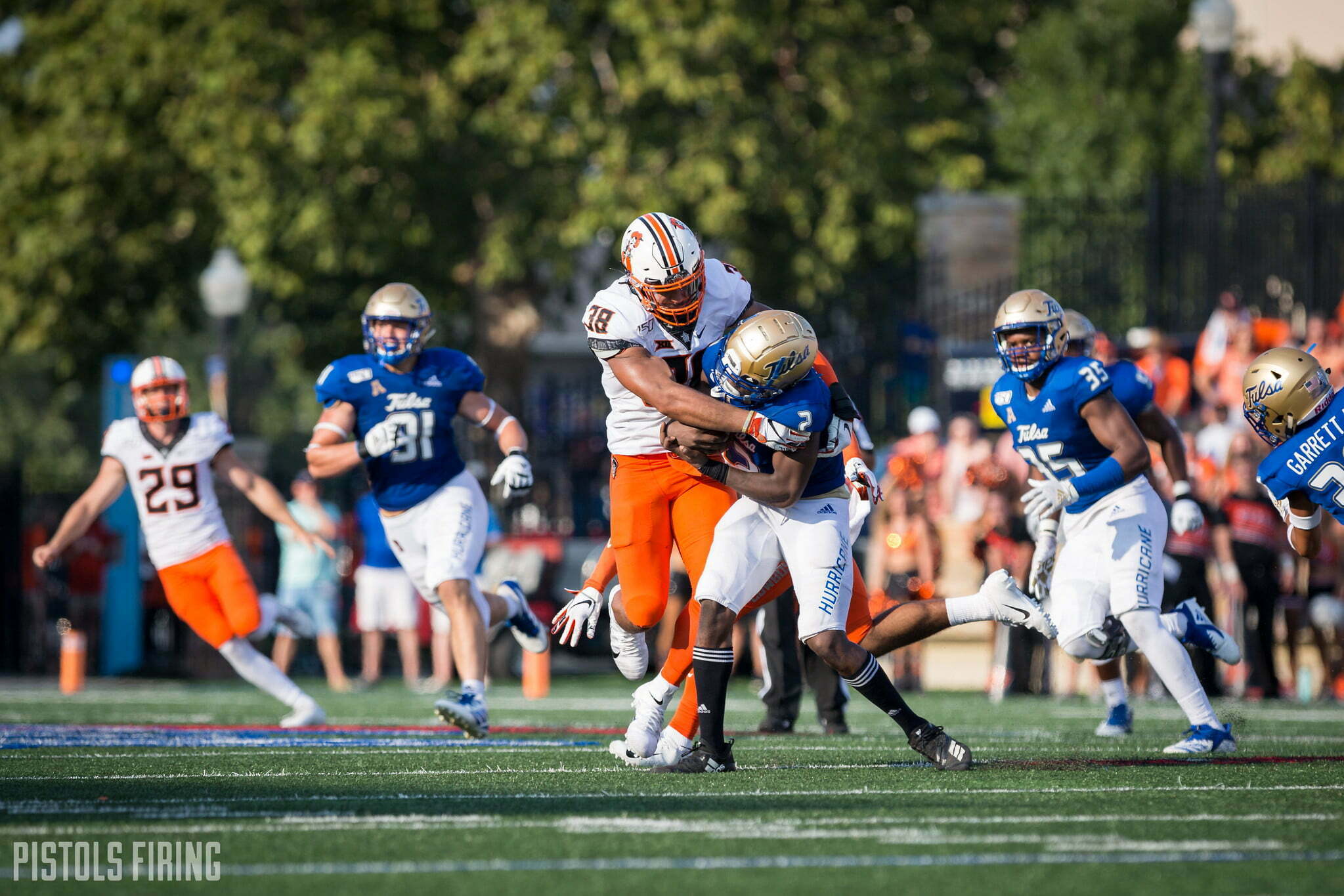 Expectations are high for the 2020 Cowboys with a plethora of stars returning on both sides of the ball.

Anything less than a trip to the Big 12 title game would be a disappointment to most fans. But before they embark on the road to Arlington, the Cowboys will need to dispatch that other in-state school. (I’m just happy for some actual football to cover and consume.)

Here are five things to ponder as we prepare for OSU’s season opener against Tulsa.

1. A Different Kind of Opener

Oklahoma State is on a program-best streak of 24 consecutive home-opening wins and has earned Ws in five-straight season openers. In 15 seasons, Mike Gundy’s only debut losses have come against a reigning national champion in Florida State (in 2014) and during a road trip to No. 13 Georgia (in 2007).

This Saturday’s bout with Tulsa won’t present that type of challenge, but this is not your normal season or your normal opener.

Normally the Cowboys get at least a Missouri State or South Bama to work out the kinks before conference play begins. This year it’s Tulsa then straight into Big 12 play. I’m not necessarily concerned about the Pokes dropping one to TU, but (in comparison to other years) I will be a bit more anxious if they come out and look rusty or flat on Saturday.

2. Zach Smith Can Sling It

The former Baylor QB didn’t have his best game against OSU last season, totaling just 228 yards and a score in the 40-21 loss, but we’ve seen enough from Zach Smith to know that he can be dangerous.

Smith was a top 300 prospect that Philip Montgomery recruited while he was the OC at Baylor and then handed the reins of his Tulsa offense to last season. He has been somewhat hot-and-cold but he’s had some big-time performances, like that big win over No. 3 OU in Norman in 2017 when he slung it for 463 yards and four TDs. I’m not predicting a career day for Smith against the Cowboys. I’m merely pointing out that every QB OSU faces this season will have been a Big 12 starter.

3. Tulsa’s Got Receivers Too

Okay, so there aren’t any Tylans roaming the hash marks for the Golden Hurricane, but Zach Smith has some playmakers to toss the rock to.

When asked about what he expect from Tulsa earlier this week, Mike Gundy pointed to Tulsa’s talent at wideout.

“They’ve got wide receivers who can go up and get the ball,”said Gundy. “They put them in the inside slot position, and they do a nice job of play/pass and double moves and such. I would expect them to attack us in that area.”

The biggest threat to OSU’s secondary will be senior Keylon Stokes, the American Conference’s No. 2 returning receiver this season.

Why was that double-move so fresh in Gundy’s memory? You can thank Stokes who burned OSU’s secondary with this 39-yard score last fall. As our own Dustin Ragusa outlined, it’s something we might see again on Saturday.

4. They’ve Got Some Rushers Too

While Oklahoma State can proudly boast the nation’s leading rusher last season in Chuba Hubbard, the Golden Hurricane’s RB group has collectively racked up as many career yards as any team, save one. Four returning Tulsa running backs boast 4,541 career yards and career 51 TDs, a total that’s second only to Clemson. It’s headlined by Shamari Brooks (2,700 yards and 23 TDs) and Corey Taylor II (1,490 yards and 22 TDs). Last season Brooks racked up 107 yards and two scores against the Cowboys.

“This is the deepest running back room that we’ve had since I’ve been here — guys who are very talented all (down the) line,” Philip Montgomery told the Tulsa World.

TU also added former Missouri RB Anthony Watkins, who was granted a waiver by the NCAA and is immediately eligible. He played in one game for Mizzou last year but came in as a four-star recruit and No. 34 RB in his class according to ESPN.

5. Despite Losing a Lot, TU’s D Has Some Talent

Last year six of the Golden Hurricane’s top eight tacklers were seniors (seniors accounted for 61 percent of TU’s total tackles), including TU’s sack-leader Trevis Gipson, who was drafted by the Chicago Bears. But TU has some players left on that side of the ball, and the best one may be junior inside linebacker/edge rusher Zaven Collins.

As a sophomore Collins was the Golden Hurricane’s No. 2 in tackles (97, tackles for loss (27) and sacks (2). The 6-foot-4, 260-pounder former high school QB is athletic, has a nose for the football and should prove to be TU’s biggest playmaker.