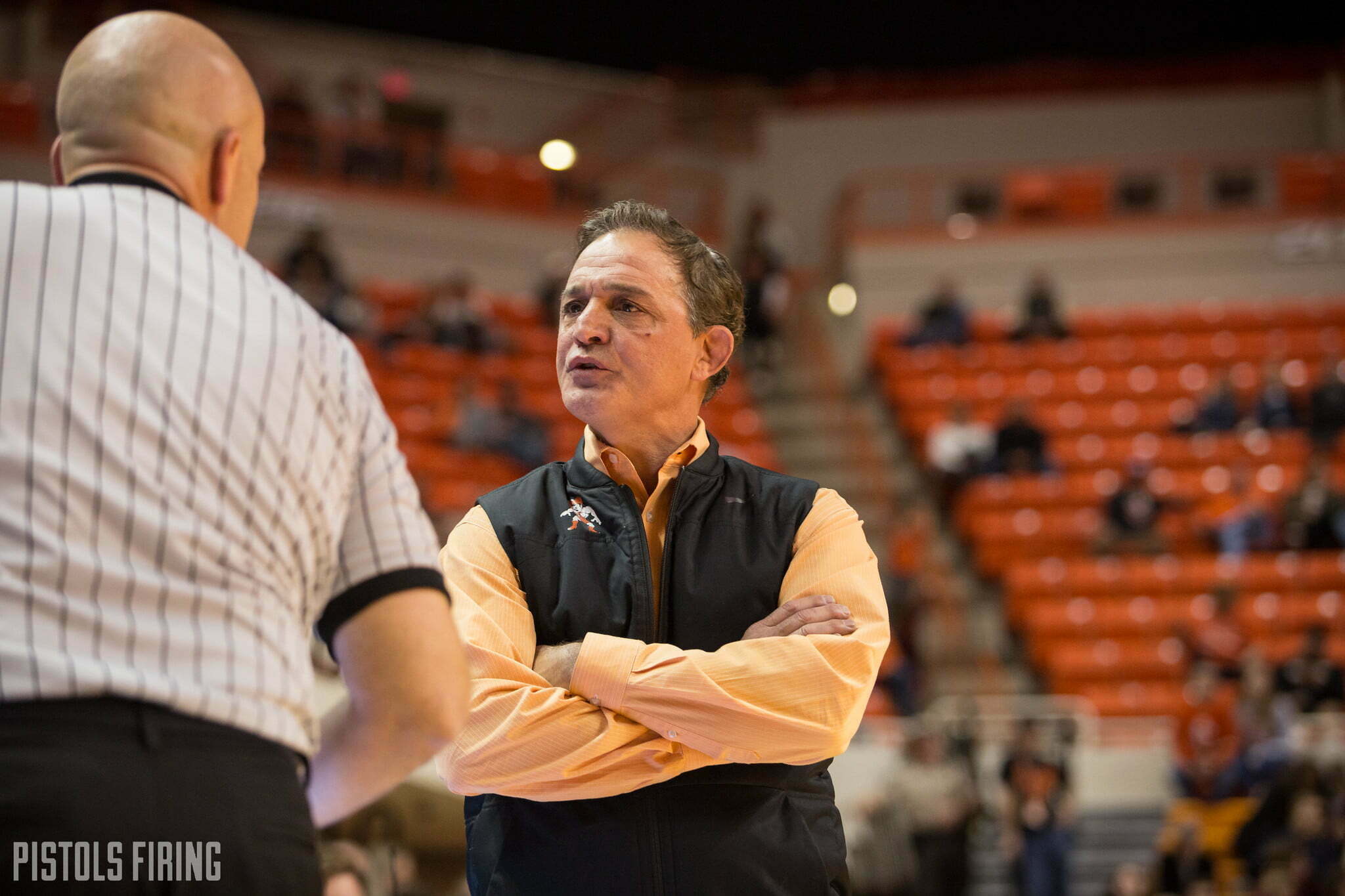 The Cowboys wrestle their archrival and No. 1-ranked Iowa on Sunday in Iowa City. Here are five things to watch in the dual.

1. How close can the Cowboys keep it?

For my story this week for Flo, I touched on this a bit more in-depth. On paper this one heavily favors the Hawkeyes and OSU’s going to be in a bit of a position that they just aren’t normally in. Wins are going to come at a big premium here and OSU will really need to get them anywhere they can just to keep it close.

Joe Smith needs additional matches to be able to get the Big 12 conference an allocation for the NCAA tournament. He wrestled on Saturday at the Last Chance Open in Iowa to get a few extra matches in to get that additional bid for the conference. It will be interesting to see if that has any impact — positive or negative — on his performance on Sunday vs. Iowa or even if we see someone else here at 174.

Iowa has shuffled the lineup at 184 and started three different guys in Cash Wilcke, Nelson Brands, and true freshman Abe Assad. Last time out the Hawkeyes started Wilcke. Whoever they send will face Anthony Montalvo in what most see as one of the more winnable matches in the dual for the Cowboys.

Boo Lewallen vs. Pat Lugo is almost certain to be one of the top matches of the dual. Lugo currently ranks at No. 2 in the country and Boo Lewallen ranks at No. 6 in one of the more wide-open weight classes in the country. Regardless of the dual result, this dual will have major NCAA tournament seeding ramifications and could even help decide the No. 1 seed for the NCAA tournament.

Oklahoma State fans have done an amazing job of improving the attendance at Oklahoma State wrestling matches of late. I’ve written about it at length on here, but last year was a potential all-time record average, this year was the third-best since 2006. It ultimately pales in comparison to what they do at Iowa though.

This year, every single home dual has had more than 10,000 attendees! I’m no Iowa fan or apologist for the way some of their fans behave, but there’s no arguing that no fan base in the country shows up at the level that they do. It’s something that Oklahoma State fans should strive to achieve.

The dual starts at 7 p.m. on Sunday night. It will be live on the Big 10 Network.