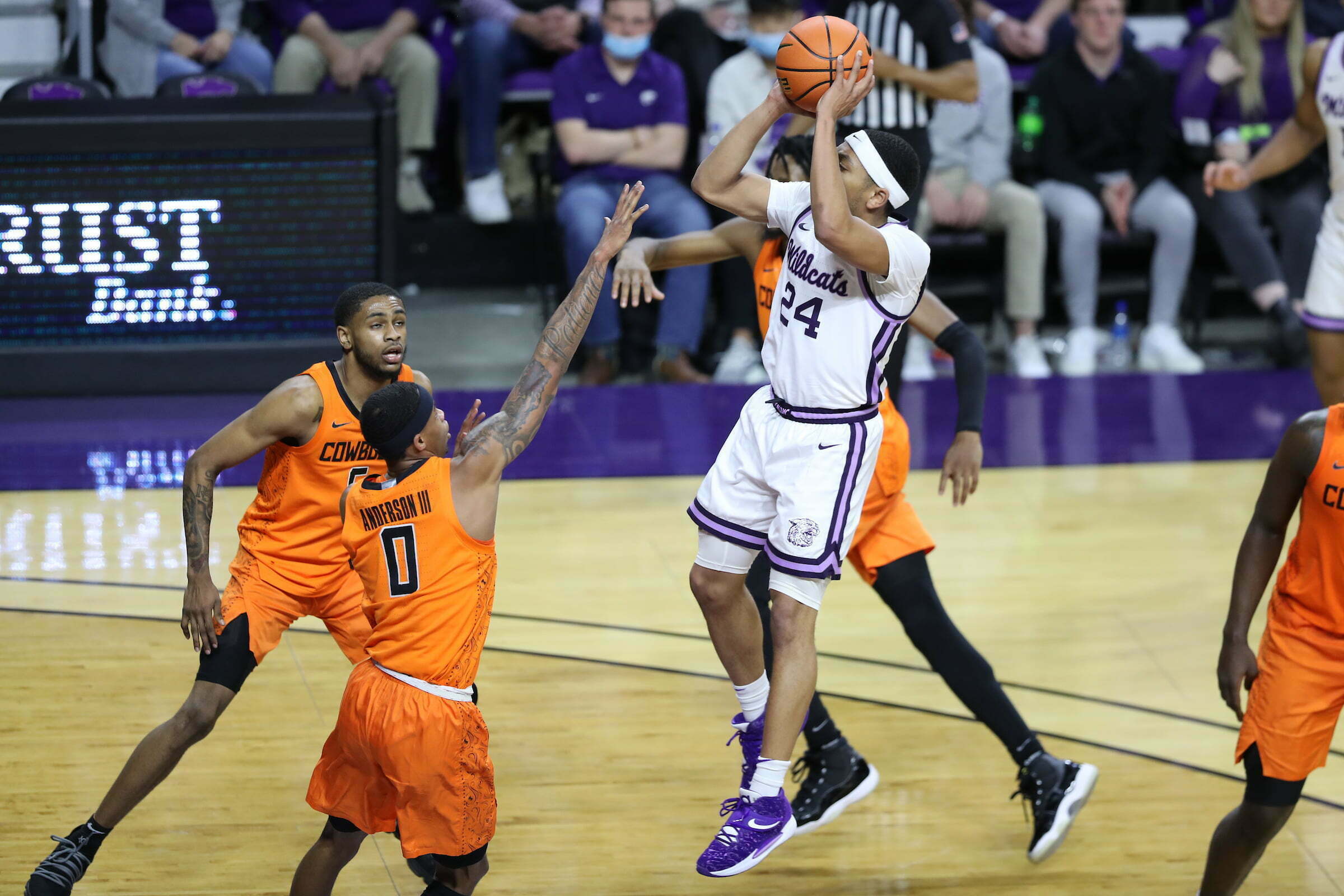 The Cowboys nearly bounced back from a woeful second half in the Sunshine State, but K-State’s sniper dashed those hopes.

Oklahoma State fell to Kansas State 71-68 on Wednesday in Manhattan. It is the Cowboys’ fourth-straight loss and drops the Pokes below .500 at 10-11. Here are five thoughts on the game.

1. The Cowboys Played Much Better

The pains of falling at the buzzer to a 10-10 Kansas State team will certainly sting for the Pokes, but they played a lot better in Manhattan than they did in Florida this past weekend.

Mike Boynton was quick to point out that the Cowboys had a single second-half assist against the Gators this past weekend, but against the Wildcats, OSU had eight assists in the first half and eight in the second. The issue OSU ran into Wednesday night is an age-old one: It’s tough to win on the road in the Big 12.

The game’s result doesn’t show it, but it does seem like the Cowboys responded to Boynton’s tough love from earlier in the week. OSU’s 16 assists are the most the Cowboys have had since their win against Baylor on Jan. 15. It’s just the second time in the calendar year OSU has had more than 15 assists in a game.

The second half in Gainesville was a new low for the Cowboys this season. If there is a silver lining in this, it’s that the Pokes took some sort of step forward.

Nijel Pack was a bucket getter before hitting the game-winner, but that game-winner only solidifies that fact further.

He came into Wednesday’s game averaging 16.6 points, and he dropped 22 on the Pokes. It looked for a while as if he wouldn’t miss.

Pack went into halftime with 13 points, going a perfect 5-for-5 from the field. He ended up starting the game 7-for-7, and he was doing it at all three levels: at the tin, in the mid-range and from 3. Don’t feel like this was a one-off, that the Cowboys are the only team unable to contain Pack. He dropped 35 against the Jayhawks earlier this season.

Bryce Thompson scored a career-high 22, going an uber-efficient 10-for-14 (71%) from the field. Two of his misses were from 3-point range, but his biggest miss of the night was when he missed the front end of his one-and-one with 38 seconds to play and the game tied at 68. It was a rough way to end a great day for the former Booker T. Washington star.

Rondel Walker went on a second-half spurt that saw him finish with 18 points, two points off a career high. He scored 13 points in the second half, all of which came in a five-minute stretch. He was as confident as ever, putting up a season-high 16 shot attempts. He hadn’t put up more than nine in a game this season entering Wednesday.

Speaking of scoring spurts, Keylan Boone had a major one early. He finished with 13 points, 11 of which came in about a three minute span in the first half that saw him hit three 3-pointers.

For a team that has lacked scoring, this is a promising sign. Whether it’s too little, too late is a different discussion.

Van Gough couldn’t paint a better picture for the Cowboys’ season. Scoring struggles, hustle, carelessness. If it wasn’t so frustrating for Cowboy fans, it’d be poetic.

That might sound a bit dramatic for a team that can’t play postseason basketball and is below .500 in February, but Saturday’s Bedlam game looks to be an important one for how this season is remembered.

If OSU’s 2014 football season proved anything, it’s that the Cowboys winning Bedlam can turn a lot of things around.

Weather permitting, there will likely be a good crowd in Gallagher-Iba Arena on Saturday, but what will OSU do with that energy? Roughing up the Sooners could spark something down this stretch for the Cowboys. Losing to a rival in front of a large crowd could turn some fans away and force the Pokes to earn their way back into the fans’ good graces.