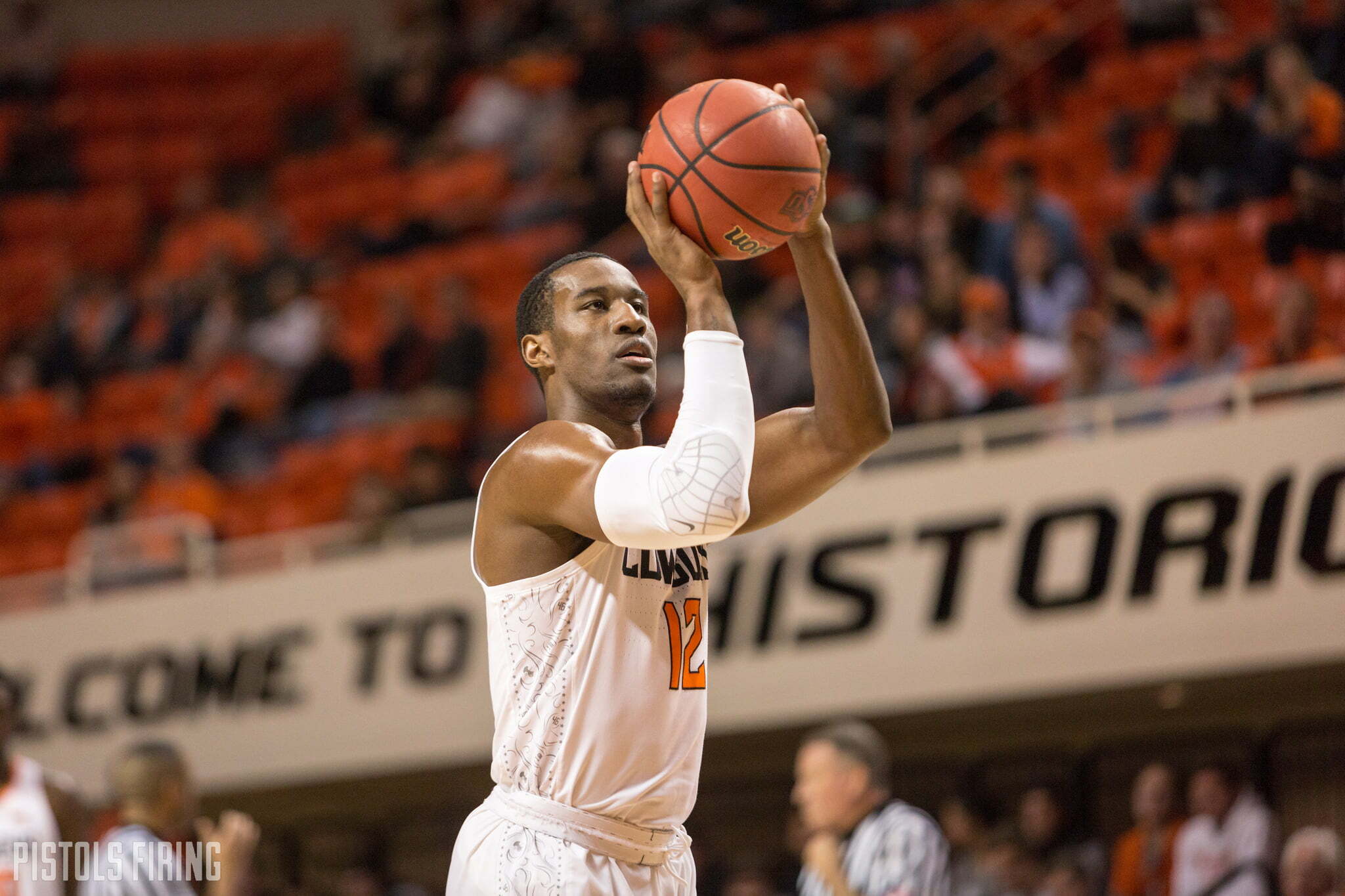 It wasn’t quite as dominant as expected, but the Cowboys ended their four-game losing streak.

Oklahoma State topped Central Arkansas 82-73 on Friday in Gallagher-Iba Arena. Half of the Cowboys’ made field goals game from 3-point land, totaling 36 points.

The big story of the game was Curtis Jones, who came off the OSU bench and put up a game-high 23 points off  43-percent shooting.

Central Arkansas started quickly and led for 15 minutes of Friday’s game. The Bears always lingered in striking distance, but the Pokes held them off after taking a lead. Here are some thoughts from the game.

After last game, I wrote that the Cowboys needed a bucket-getter, and I think he has been found (at least for now).

Indiana transfer Curtis Jones scored a career-high 23 points and brought in another career-high six boards in his first game in Gallagher-Iba Arena. In Jones’ 24 minutes, OSU was +21. The next closest Cowboys were Cameron McGriff and Yor Anei at +9.

Five of Jones’ six made field goals came from 3, another career high. Despite the high frequency of 3s, Jones proved to be more than a catch-and-shoot guy. On a couple occasions, he would break his man down with some ball-handling before knocking down a 3, like so.

.@ctj_curt sizes up and buries the trey! ? #c2e #okstate pic.twitter.com/mzHbNHUjAg

Then, Jones sent the Cowboys into the half with a 10-point lead after knocking down this triple with a hand in his face.

Boynton hasn’t done much tinkering with his starting lineup, but if Jones keeps playing like this, it’d be hard to deny him.

The Cowboys have struggled in the half-court this season, and Friday was no exception.

OSU is at its best in a more up-tempo affair, and at times Central Arkansas was able to dictate the tempo and slow the Cowboys down. The Cowboys didn’t always get the best looks as result.

It was only an issue for streaks of the game, but it was enough to keep the Bears in it. The most notable streak started the game, as OSU didn’t get its first lead until there was 9:03 left in the first half. From that point in the half, the Pokes outscored their opponent 25-16.

Boynton has said on a couple of occasions that the team isn’t playing good enough for long enough periods of time, and if he has had any issues getting that message across, he has a solid example in Friday’s game film.

Earlier this week, Boynton talked about the difficulties Cameron McGriff and Lindy Waters have faced transitioning to focal points on the OSU offense.

In short, Boynton said it’s a lot harder to score points when you’re the top player on a scouting report because the other team is focusing on you. Against Central Arkansas, McGriff and Waters each scored in double figures. It was the first time they had done so together since the Minnesota game Nov. 30.

McGriff played in all but three minutes, and he scored 17 points on 5-for-11 shooting and brought in five boards. The point total is the most since McGriff dropped 28 on LSU in Orlando.

Waters recorded his first career double-double with 10 points and 11 rebounds. He also led his team with four assists. Waters’ 33 minutes of action trailed only McGriff on OSU.

For the first time since Nov. 30, OSU made more than 60 percent of its free throws in a game.

The Cowboys were 22-for-27 (82 percent) from the line Friday. What helped a lot was that OSU’s more experienced players were the guys getting to the line. Curtis Jones, Cam McGriff and Lindy Waters, all juniors, were 17-for-19 from the stripe. Redshirt sophomore Michael Weathers was 3-for-4, while freshmen Yor Anei and Duncan Demuth were 2-for-4. Both of the freshmen misses came from Anei, and despite entering Friday a woeful 4-for-16 from the stripe, Demuth went 2-for-2 on Friday.

Mike Cunningham and Kentrevious Jones totaled a combined zero minutes Friday, and after the game Boynton said it was for “team discipline,” according to The Oklahoman‘s Nathan Ruiz.

Entering Friday, freshman big man Kentrevious Jones hadn’t played in OSU’s past three games, so that wasn’t too unusual, but graduate transfer guard Mike Cunningham had averaged 18 minutes a game since coming back from a hamstring injury three games into the season.

Although Cunningham didn’t score against Houston or Nebraska, he put up double figures against Villanova, Minnesota and Tulsa.