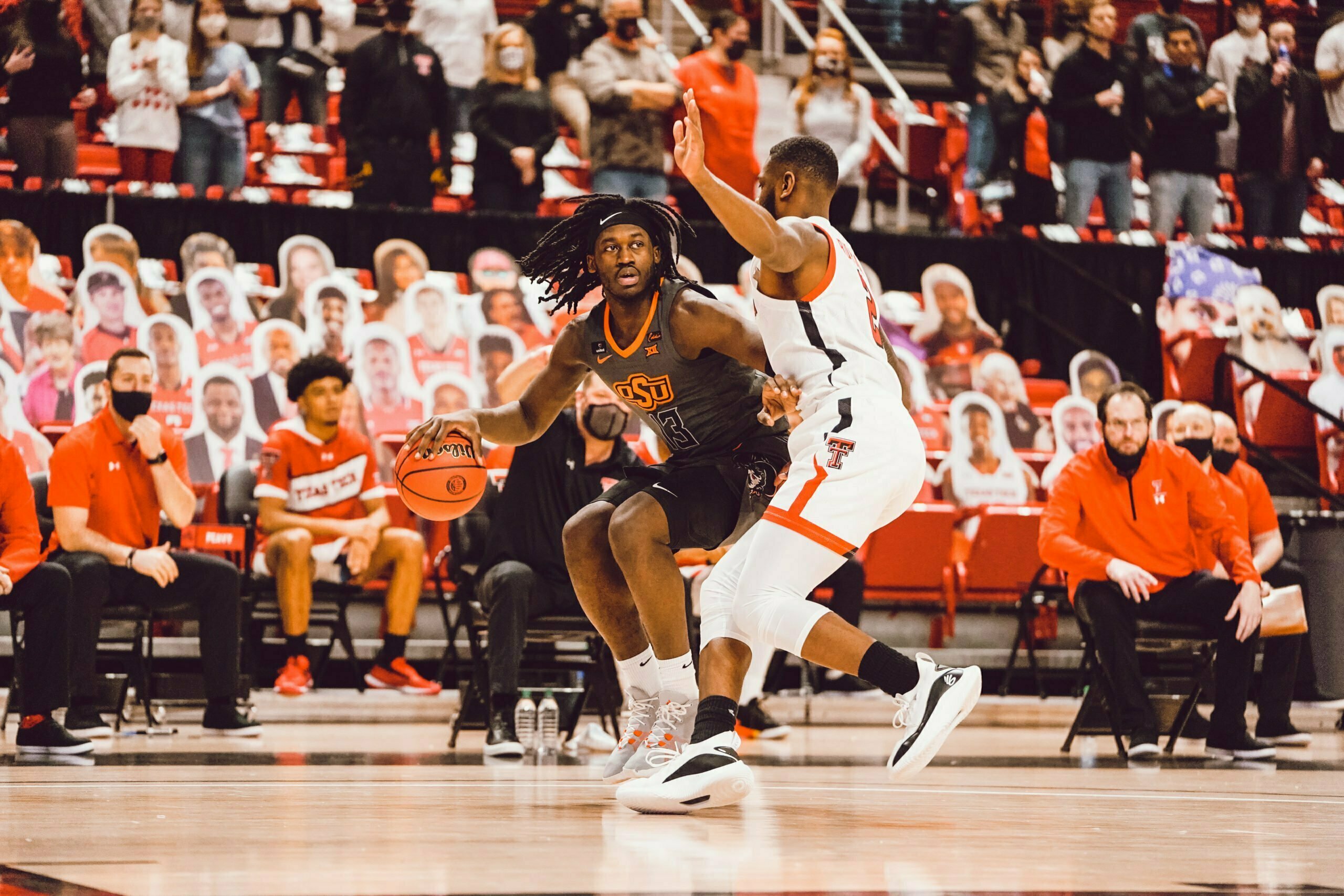 After back-to-back heartbreaks to start their Big 12 season, the Cowboys made it over the proverbial hump.

Oklahoma State topped No. 13 Texas Tech 82-77 in overtime Saturday in Lubbock. The Cowboys advance to 1-2 in Big 12 play but have a quick turnaround to a meeting with a ranked West Virginia squad Monday.

1. Groundhog Day with a Dash of Growth

The second half of this ballgame felt like Groundhog Day.

OSU played well in the first half, built a solid lead. Then boom, a stretch of play that seemed like basketball you would see at the Colvin put Texas Tech right back in it.

After being a perfect 8-for-8 from the foul line in the first half, the Cowboys were just 7-for-13 in the second half.

But OSU found a way to win the game late, thanks to Isaac Likekele, Bryce Williams and some grunt work from Cade Cunningham.

There is definitely some growth there that OSU was able to stop the collapse before it was too late. Maybe in a few games OSU will no longer find itself in these positions.

Entering this game, OSU coach Mike Boynton said this week that he needed to get junior guard Isaac Likekele more involved, and it worked.

Likekele score 17 points on 14 shots, the most amount of shots he has attempted in a game this season. He shot only 10 times in the TCU and Texas games combined.

Cade Cunningham is the best player on this basketball team, but Likekele is second. He had been plugging holes everywhere OSU needed them early this year, but Boynton getting him more involved proved to be a big determining factor in getting Big 12 win No. 1.

“We bussed back from Austin,” Boynton said after the game. “It was about a seven-and-a-half-hour ride. And I usually talked to all of our guys after the game, but we were going on Christmas break and I told you guys I wanted them to kind of get away for a few days, enjoy their family, decompress. I couldn’t resist calling Ice on that bus ride. He was headed to Dallas, but I called him that night and told him what I think, what I feel. We’ve got a really good relationship. I’m honest with him always.

Newcomers to Boytnon’s program often talk about how difficult it is to transition to the aggressive defense Boynton demands, but Bryce Williams stepped right into it.

Williams has an innate ability to anticipate passes, jump in lanes and get a break started in the other direction. He had two big steals against the Red Raiders. One resulted in a dunk:

Then the other put an anticlimactic end to Texas Tech’s day, as Williams disrupted Chris Beard’s written up play and ended the game in overtime.

“We don’t like to gamble a lot, though, but if you’re gonna gamble, make sure you get it,” Williams said about his risky steals. “I got it. I have no problem.”

As good as Williams was defensively, he was also just what OSU needed offensively. Williams went into the locker room at halftime with 11 points on 3-for-3 3-point shooting. The Cowboys have struggled from behind the arc this season, but Williams was able to give the Pokes what they were looking for in his first start.

4, The Avery vs. McClung Battle Was a Fun One

Then with Georgetown, McClung dropped 33 points on the Cowboys in GIA to give the Hoyas an 81-74 win.

Boynton wasn’t going to let that happen now that McClung is with Tech, but McClung sure gave it a good try.

The Cowboys switched between man-to-man and their 2-3 zone Saturday, and every time the Cowboys were in man, Avery Anderson was checking McClung for cavities.

McClung finished with 21 points on 15 shots before fouling out in overtime.

Anderson had a solid outing, himself. The sophomore guard finished with 17 points on just seven shots and added six rebounds, an assist and two steals.

The battle between those two is made more fun by the fact that in high school both were all over BallIsLife mixtapes with their flashy plays.

This wasn’t Cunningham’s best game as a college player, but his willingness to do some of the dirty work might only raise his stock.

Cunningham fouled out in overtime with 13 points on 12 shots. Despite being held under 15 for the first time in a Big 12 game, Cunningham fought on the glass to bring a tied game-high seven rebounds.

He also had a game-high four assists and four steals. With the Red Raiders denying him the ball in the latter moments of the game, Cunningham also set solid screens to open up the floor for Likekele.

Then when he fouled out, Cunningham’s leadership didn’t stop.

“He didn’t make any faces; Cade didn’t say like, ‘Y’all need to figure out what to do,'” Likekele said. “As soon as he got fouled out, he didn’t even talk about himself being fouled out, he just said, ‘Hey guys, y’all keep it together. Y’all clutch it down stretch.’ He gave his words of encouragement, words of advice. He was the loudest one over there on the edge whenever he was out the game.”

Cunningham still made some big buckets. He hit a big isolated mid-range jumper in the second half and went three-for-three on a trip to the foul line to tie the game at 68 to force OT.

The box score of this particular game might not scream No. 1 pick, but it’s impressive that someone who is supposed to be the No. 1 pick was able to grind like that.