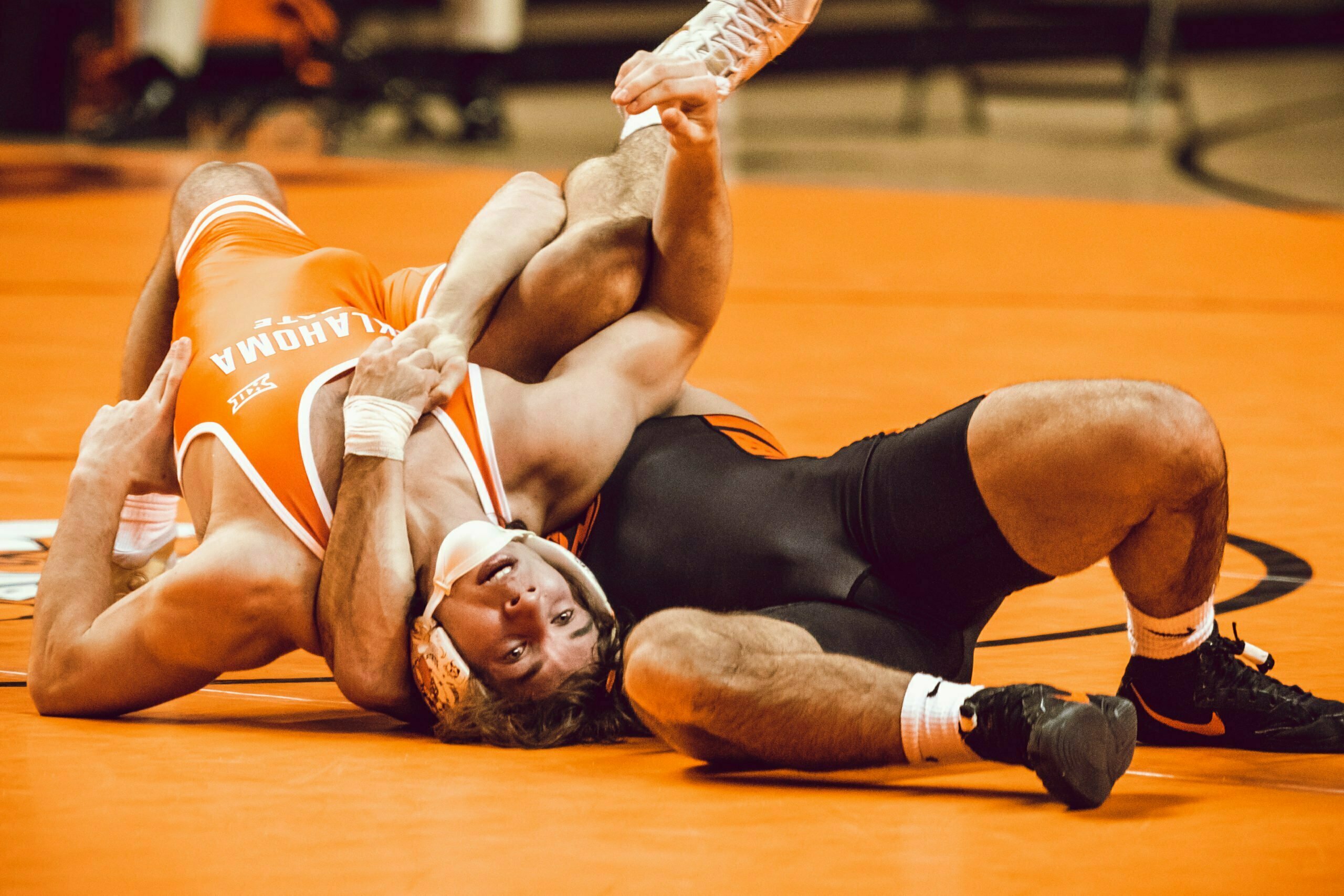 On Sunday, Oklahoma State had the first wrestling event in Gallagher-Iba since Bedlam in February of 2020. It was also the first Orange and Black event in years and first look at the 2020 recruiting class for most fans. I thought I’d dig in and give my five thoughts on it all here.

One of the biggest things that jumped out this weekend was 125. Trevor Mastrogiovanni and Reece Witcraft both wrestled and won scheduled matches early in the event then wrestled each other to close out the day with Mastrogiovanni winning 3-2.

Witcraft seemingly had a lot more offense in the match and got in and nearly finished a number of shots throughout the bout. Though Mastrogiovanni won this particular match, one would think that many of their matches could go either way. Further, John Smith stated Witcraft would be staying at 125 and needed to make weight a few more times and Andrew Nieman would be starting at 133.

My gut tells me that means Witcraft and Mastrogiovanni are probably going to wrestle a few more times in the room, and the coaches will be doing some other evaluation before it’s definitively decided who will be the starter the rest of this season.

2. It’s Cool that Nieman Will Get Some Starts this Season

As noted above, John Smith stated Andrew Nieman will be the starter at 133 at this juncture of the season.

You can look at the fact that Andrew Nieman “won” the starting job at 133 under some strange circumstances, but still acknowledge that it’s great to see a kid like that get this opportunity.

Nieman was a state placer a few times in high school, but far from any type of blue-chip recruit, and I tip my hat to anyone that’s willing to go through the college wrestling grind for multiple years knowing they’re probably just going to be a name on the roster. Very few do that. If you look across the sport, many “good” high school wrestlers just go to college, to work, etc., instead of taking on college wrestling.

And the attrition rate for many “good” wrestlers that aren’t quite blue chips and go try and walk on at Division-I wrestling programs like Oklahoma State is a high one. So seeing a kid take that on and finally in his senior year get a starting opportunity is great.

3. No Montalvo and No Harris

Two starters from last season, Anthony Montalvo and Austin Harris, were both out with “injuries.” According to Smith, Harris will be back next week and presumably will be the starter at heavyweight again. Smith stated Montalvo is not expected to be back this weekend.

It would be interesting to know some of the specifics there, but luckily OSU has All-American Dakota Geer at 184 and Dustin Plott and Christian Bahl who seem to be the frontrunners for 174.

4. No Match Between Bahl and Plott?

It was interesting that this didn’t happen at 174. Dustin Plott beat Cade Lindsey then Christian Bahl beat Laquan Jackson. So as I saw Witcraft and Mastro warming up, I thought we might see the same with Plott and Bahl. It didn’t happen. I would assume there may be some matches in the room between the two that end up deciding the spot at 174.

AJ Ferrari has been OSU’s most talked about recruit since Daton Fix, and fans were certainly excited to watch his debut here. Luke Surber was another highly touted recruit, and the big question in the offseason with Surber was always what weight will he wind up?

Surber has this really long frame that really made it tough to project a weight class for him, and now we’ve seen him at 197. AJ Ferrari is clearly the guy for 197, but Surber made him work for it. Surber’s a guy that people rave about his work ethic, he’s a good teammate, etc., but at the same weight as Ferrari what will he do?

Luckily this year doesn’t count toward anything, so nobody misses any eligibility, and next year one can use their redshirt, and maybe after that someone else uses a redshirt or one goes up or down in weight to make it all work. Ferrari’s obviously great, but Surber’s definitely a real asset for OSU, and the Cowboys will need to find a way to make things work with him.