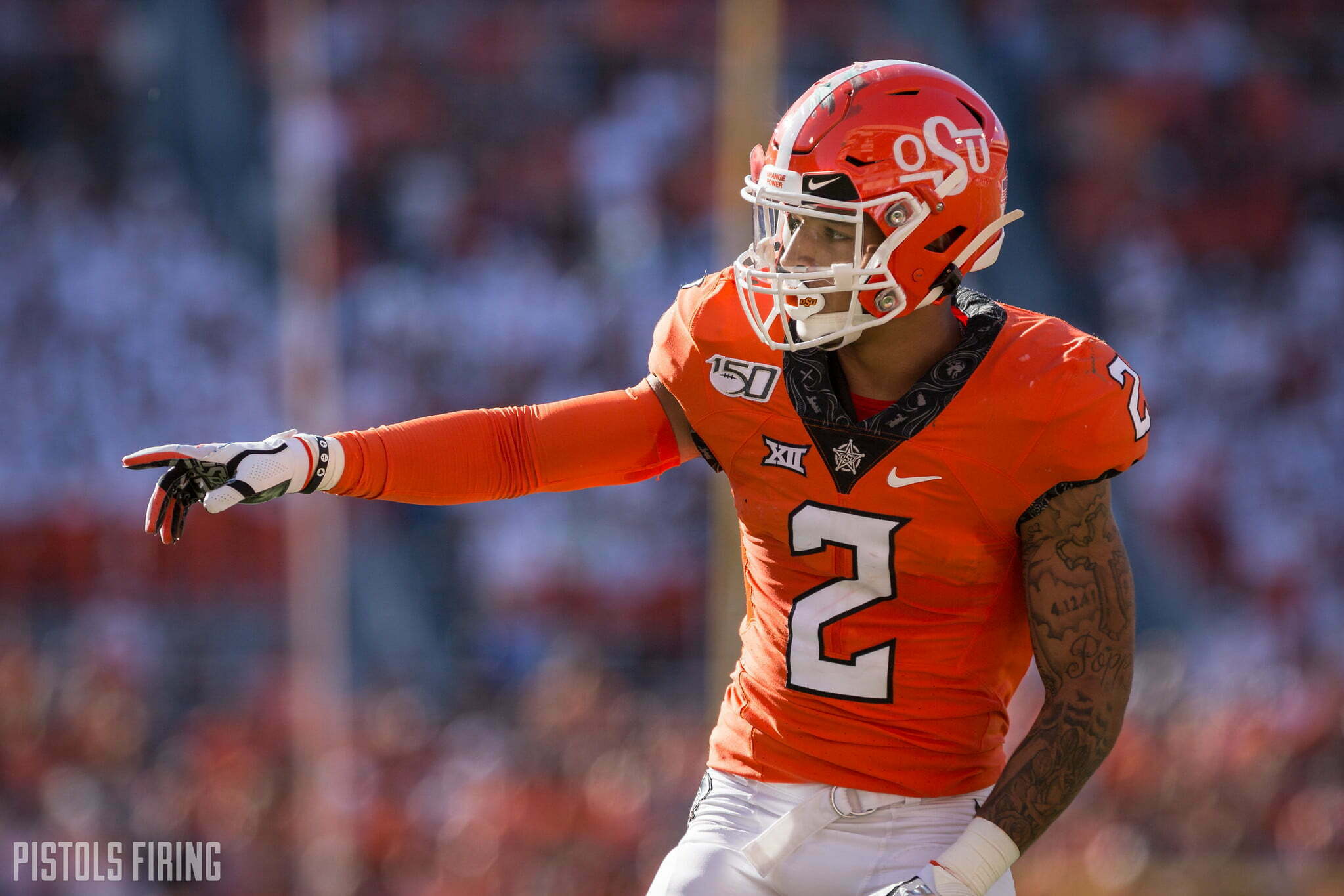 What was feared over the last few days following a knee injury in practice became official on Friday. According to The Oklahoman’s Scott Wright, Tylan Wallace will miss the remainder of his junior season after sustaining a torn ACL.

This is a bummer. There is no silver lining. I wish I could tell you that this opens up opportunities for OSU to be a better running team, or that Patrick McKaufman is going to emerge out of thin air as OSU’s No. 1 wideout. It doesn’t, and he won’t. The most consistently brilliant pass-catcher for the Cowboys the last two seasons is now sidelined for at least the remainder of the season.

How this impacts OSU moving forward is now the big question. So hey, let’s try and answer it with a few thoughts on how it’ll impact the team the remainder of the season.

1. Spencer Sanders must grow up, and quickly

For a young, developing quarterback in Spencer Sanders that’s seen his fair share of gaffes over the last month, this is perhaps the most damaging news that could come about. Sanders hasn’t had a ton of success throwing the ball this season, but when he’s targeted Wallace, he’s more often than not been rewarded.

OSU still has a wealth of talent at the position, no doubt, but the dropoff from Wallace to OSU’s second-best receiver is still stark. We’re talking about arguably the best receiver in college football being taken away from the team. Moreover, he’s also been one of the most relied upon. According to Rotowire.com, Wallace ranks seventh nationally in targets per game and has a team target share of 36.9 percent, which ranks first among qualified receivers in the country.

Translated: OSU went to Tylan a lot. And more so than any other team went to its top wideout.

Statistically, the answer is obvious. Dillon Stoner ranks second on the team in targets, receptions and yards this season behind Wallace. But is Stoner fit to stand in as a No. 1? While he can capably get open and create space as well as anyone, he’s been more of a possession receiver than a home run threat like Wallace; Stoner ranks fifth on the team in average yards per reception, and his longest reception of the season, a 29-yard catch, is seventh behind five receivers and a tight end.

My guess (here’s a take): No one becomes the new No. 1. This is going to now be a committee approach. I expect we’ll see more of Braydon Johnson, Jordan McCray, Landon Wolf and CJ Moore, but I’m not sure this suddenly vaults any of those guys into a feature role.

I don’t feel good about bringing this one to light, but it’s impossible to ignore the implications this will have on Chuba’s Heisman-contending season. Wallace often drew double coverage down the field, which in many cases alleviated the box and allowed Hubbard to run unencumbered. Now, though, all of the attention is going to be on Hubbard. There is no receiver on OSU’s roster, at least not right now, that is going to draw the same coverage attention Wallace did. That means stacked boxes, tough sledding, and tougher days are likely ahead — starting this weekend against a top-15 TCU run defense — for Hubbard.

ACL recoveries vary on an athlete-by-athlete basis. Clemson receiver Amari Rodgers returned from an ACL tear in less than six months. Texans receiver Will Fuller returned in less than a year. Typically, it’s an 8 month to year-long recovery.

So what does that mean for Tylan? That means a tough decision may be ahead. The deadline for underclassmen to apply for the NFL Draft comes in January, at which time he’ll be facing a stay or go decision. Go to the NFL, and hope a team bets on you? Or stay another year, bet on yourself and hope your NFL stock — which had been soaring until the injury — rebounds to where it was pre-injury?

The answer to that question will either mean one more year of Wallace in an OSU uniform, or it might mean this will go down as his final score as a Cowboy.

Tylan puts half of Iowa State's defense on the turf for #okstate's first score of the day. Incredible. pic.twitter.com/YlAHSCHXxJ

As a freshman at OSU, Mike Gundy insisted that, despite a stacked position group of receivers, Tylan Wallace was simply too good to keep off the field. A similar, more muted buzz has followed true freshman receiver Langston Anderson, the lone WR signee in the 2019 class.

Anderson has only played in one game this season thus far, but new NCAA rules allow for players to participate in up to four games while maintaining their redshirt status; OSU has four regular season games left on the docket.

Unleashing Anderson and setting a flame to his redshirt is a risky decision. He won’t instantly become a huge factor, and OSU isn’t anywhere close to Big 12 title contention. But is it worth getting him reps as OSU looks ahead to next season and beyond? Does OSU need the depth enough to hope that Anderson, a seldom-used bench player right now, must be forced into action? It’s an interesting situation. I’m curious to see if the likes of Anderson, CJ Moore, Jonathan Shepherd and other youngsters get a little more opportunity with OSU’s top pass-catcher sidelined.