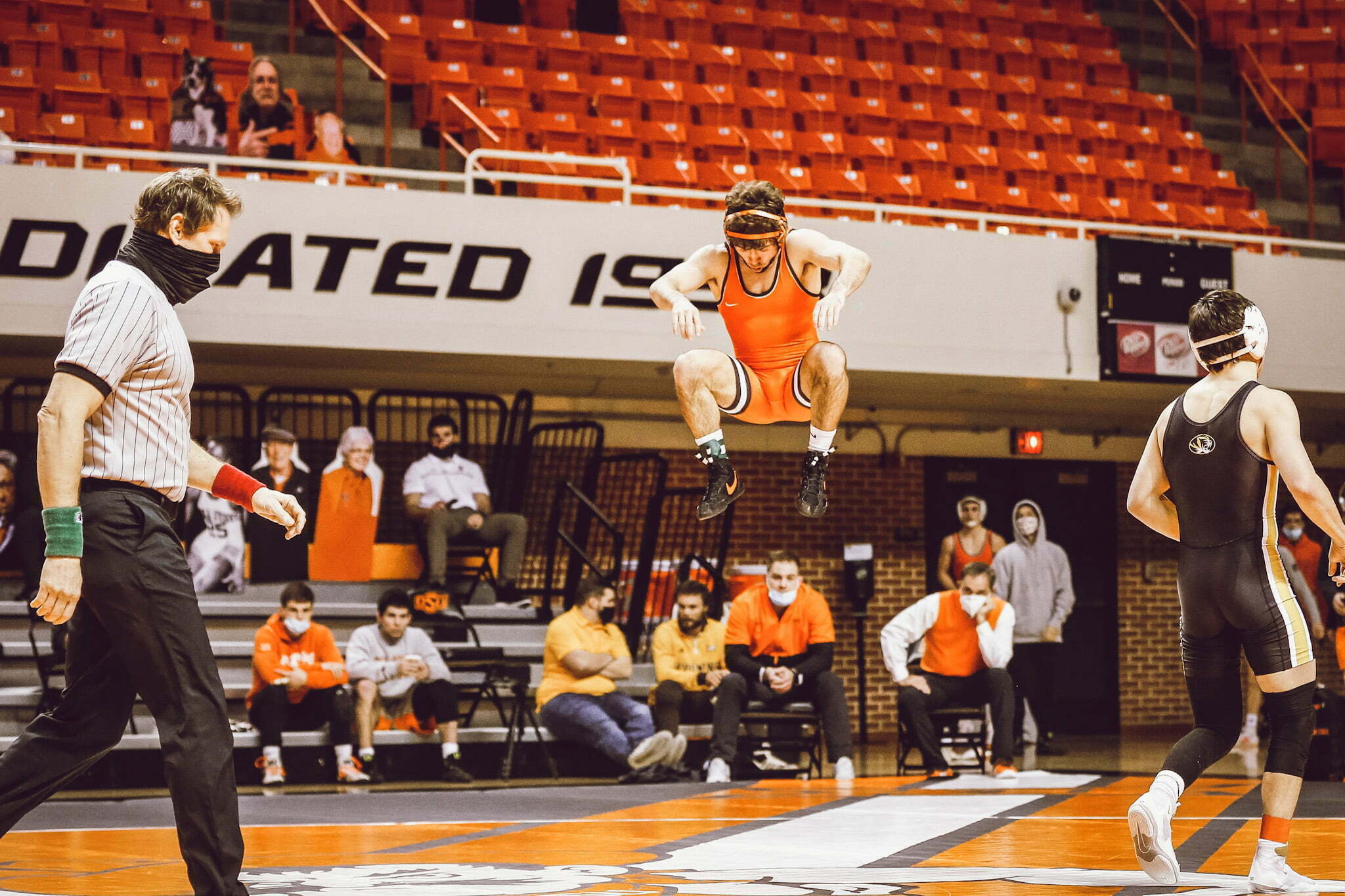 A pandemic and a yearlong suspension weren’t able to break Daton Fix, so this snowstorm stood no chance.

Fix wrestled four matches in the Cowboy Challenge Tournament, a tournament that was in part made so that he could wrestle four matches before the Big 12 tournament. None of Fix’s bouts went the distance.

He kicked off the day with a 16-1 tech fall in a preliminary match against Missouri’s Trey Crawford, who finished third at the event.

It was a dominant return for Fix after what has been a long year from a canceled Olympics to a yearlong suspension for unknowingly ingesting a banned substance. What’s been the hardest part for him?

“Probably just people, what they’re going to think about me,” Fix said. “I didn’t do anything wrong, but whenever stuff like this happens, it brings my integrity into question, my name, what I believe. I would never do anything to enhance my performance.

Fix was one of three Oklahoma State wrestlers to win their weights and the Cowboy hat trophy that came with it.

Travis Wittlake and Austin Harris were the other two. Wittlake beat West Virginia’s Peyton Hall in the finals with a 14-2 major decision. Harris beat teammate Konner Doucet in the heavyweight finals in tiebreakers.

Two of the most anticipated matches of the tournament ended in Cowboy losses.

AJ Ferrari met No. 4 Noah Adams in the semifinals of the bracket at 197. Ferrari trailed 3-2 after a third-period escape. He got in deep on two takedown attempts, but Adams was somehow able to stuff them. It was Ferrari’s first collegiate loss, but it was still a solid outing for the freshman.

Another highly hyped bout came in the finals at 149 between No. 3 Brock Mauller and No. 4 Boo Lewallen. The two went into tiebreakers in another solid match, but Mauller won 7-5.

Five Cowboys finished second, which was a bit of downer for a program that expects as much as OSU’s.

Ferrari and his fellow freshman Dustin Plott each experienced their first career losses, and their classmate Trevor Mastrogiovanni didn’t make it out of the first round of the 125-pound bracket, as Mastro fell to eighth-seeded Noah Surtin 9-6.