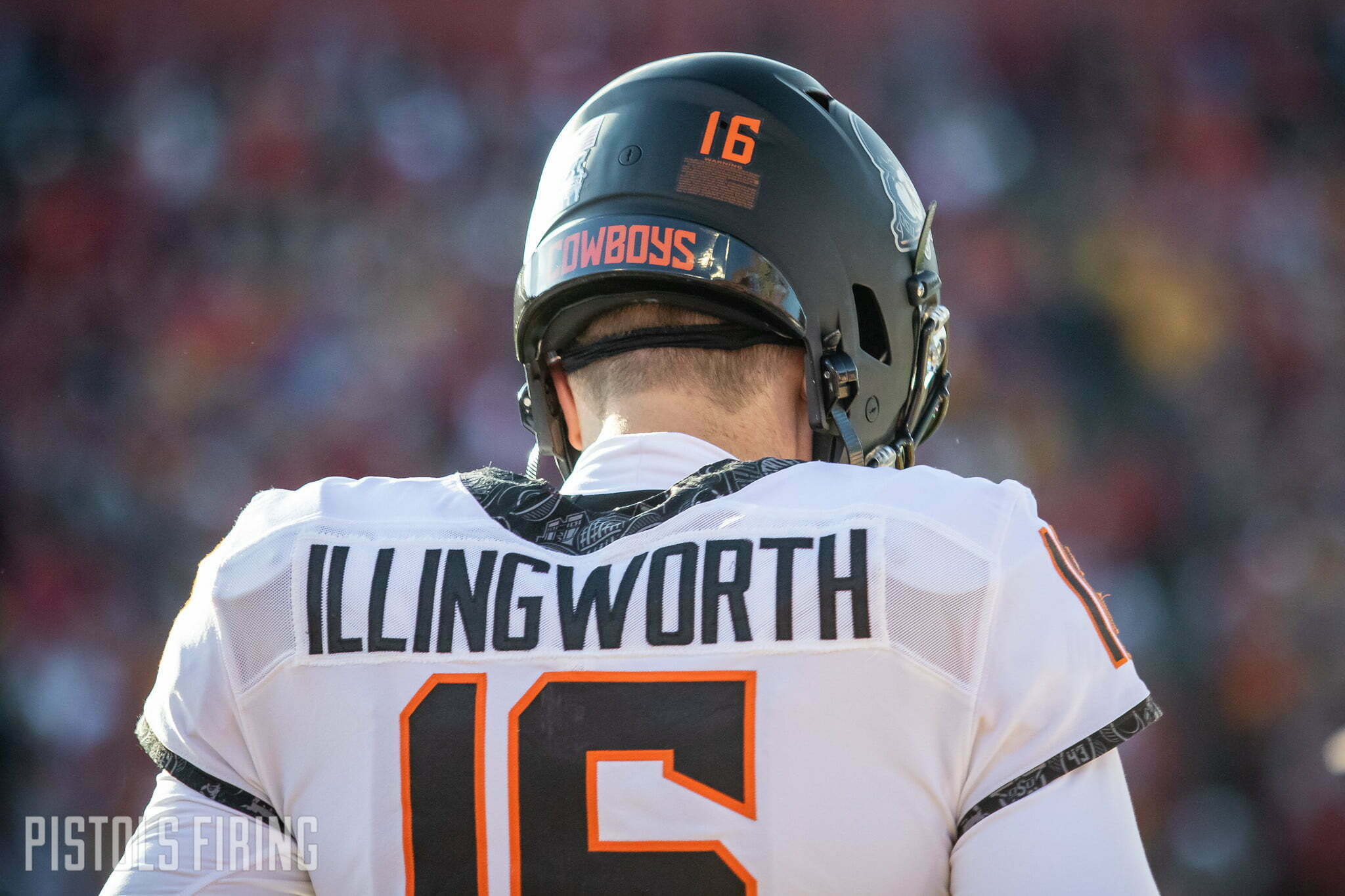 Shane Illingworth, who had been Spencer Sanders’ backup the past two seasons, announced a commitment to Nevada on Wednesday. Illingworth threw passes in six games at Oklahoma State, going 69-for-120 for 939 yards, seven touchdowns and two interceptions.

Listed as a 6-foot-6 sophomore on OSU’s 2021 roster, Illingworth started three games in his time as a Cowboy, all resulting in OSU wins. In games he started, Illingworth completed 64% of his passes for 719 yards and four touchdowns.

He was thrown into action as a true freshman when Sanders suffered an injury in the first quarter of OSU’s 2020 season opener. The Cowboys went with Ethan Bullock initially that day before Illingworth came in and played hero. Illingworth started the Cowboys’ next two games before Sanders was able to return.

Illingworth also started the Cowboys’ season-opener of the 2021 season with Sanders out because of COVID protocol. Against Missouri State, Illingworth threw for 315 yards and a touchdown. He also threw for 70 yards and two scores in OSU’s blowout win against Kansas this past season. He entered the transfer portal Jan. 24.

He came to Stillwater as a highly touted recruit from Norco, California. A four-star prospect, Illingworth was the No. 164 player in the 2020 class, picking OSU over offers from Arizona State, Arkansas, Washington State, Cal, Colorado, Louisville and others.

Illingworth’s departure leaves the Cowboys’ thin at quarterback behind Sanders, who has two seasons of eligibility remaining. The Cowboys did bring in four-star freshman Garret Rangel from Lone Star High School in Frisco in their 2022 class. Rangel enrolled early and is already on campus. Gunnar Gundy, OSU coach Mike Gundy’s son, got some playing time in the Cowboys’ dominant win against TCU this season as a freshman. The Cowboys also have walk-on Peyton Thompson, who will be a redshirt junior in 2022.