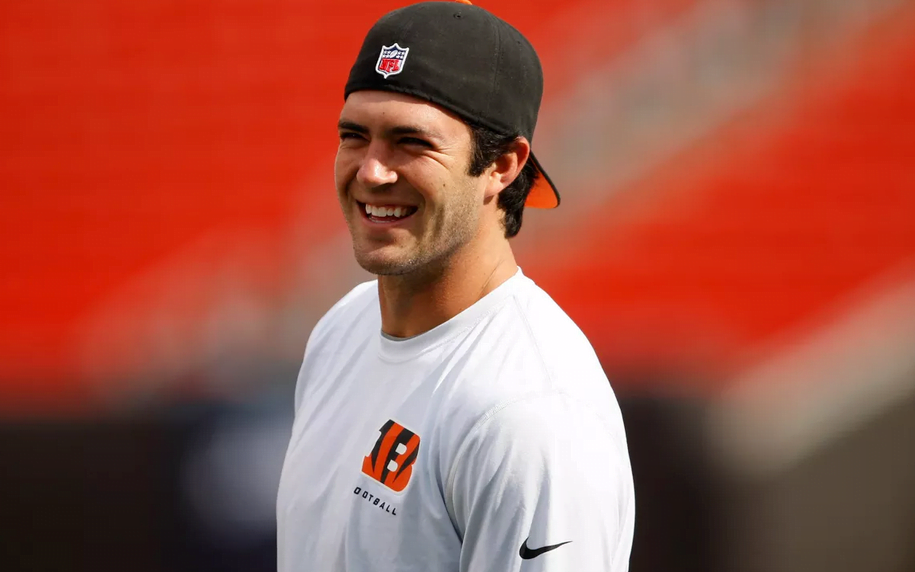 Robinson reportedly won the gig over Bruce Gradkowski, a 36-year-old former QB who spent time with the Bengals, Raiders, Bucs and Browns from 2006-2014.

Robinson amassed 8,317 yards passing and 1,858 yards rushing at OSU quarterbacking from 2006-2009. He was a seventh round draft pick in 2010, and spent time with the Patriots, Seahawks, Lions and Bengals before calling it quits in 2013.

Robinson has since spent time as a quarterback trainer and analyst for Pro Football Focus.

The gig in L.A. should be pretty sweet for a number of reasons — not just because it’s in L.A. He joins a team that just went to the Super Bowl, has an entrenched starting QB in Jared Goff, and is coached by one of the sport’s rising stars in Sean McVay.

The running joke is that any coach whose ever talked to McVay or been on the same staff as him has turned into bonafide head coaching candidates, most notably with Kliff Kingsbury, who was fired from Texas Tech but hired as the Arizona Cardinals coach this offseason. It’s a bit of a gag — but also not completely untrue, either. So who knows, maybe Robinson’s time in L.A. can be spent building up his resume with an eye on developing his coaching acumen for down the road as a future head coach.