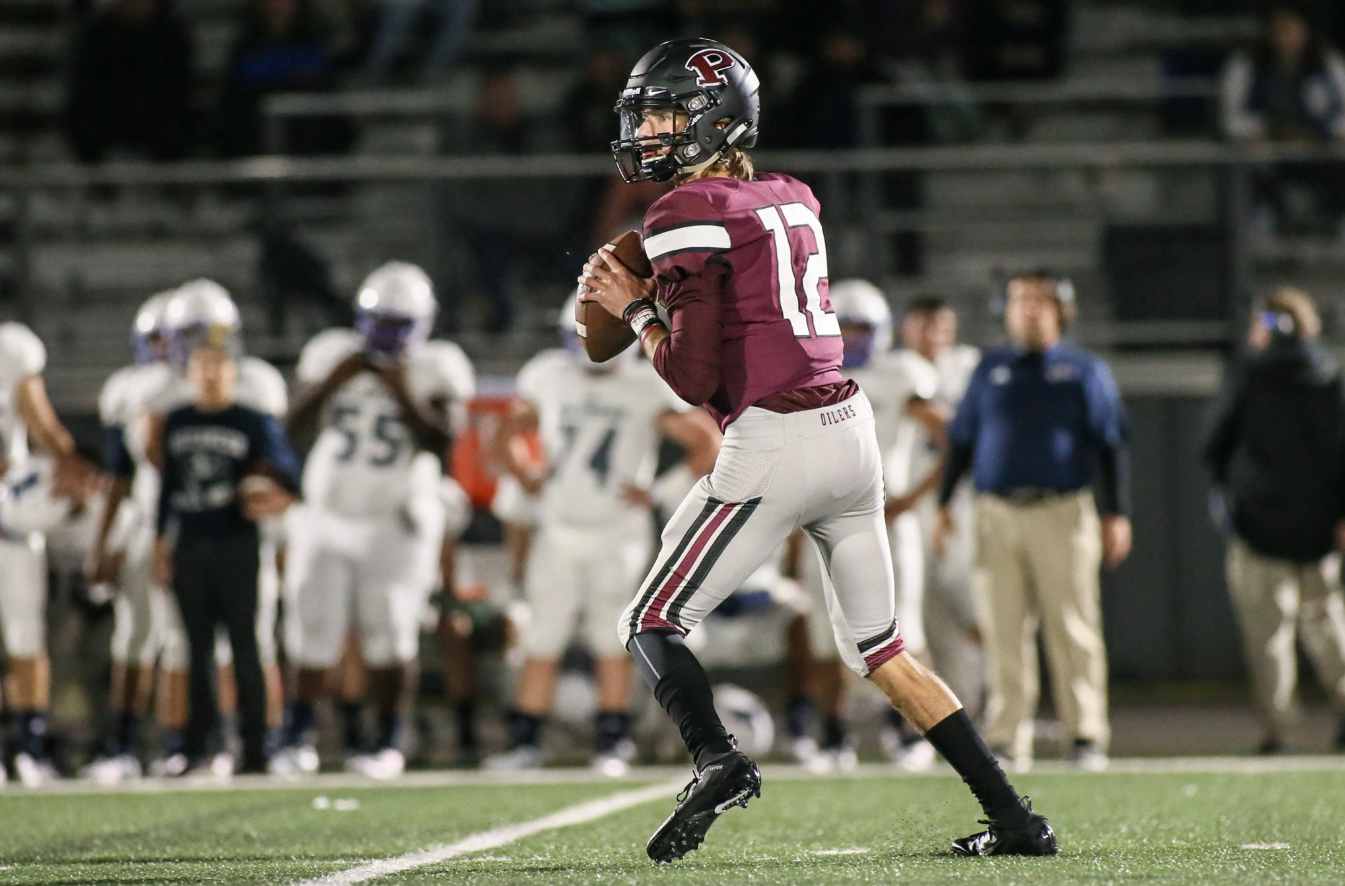 With the 2019 national signing day having come and gone, it’s time to start looking ahead to Oklahoma State’s 2020 recruiting class… if you haven’t already.

For this post, I wanted to take a look at four intriguing prospects for the 2020 cycle. I’ll provide some analysis, background info and the reason why these guys peaked my interest.

Raym is an in-state kid out of Broken Arrow High School. He previously committed to OU during his sophomore year but then decommitted the following spring.

The Oklahoma native is an absolute monster at right tackle for BA, as you’ll see from his highlight video below. He’s got the strength to move defensive linemen, and the athleticism and quickness to get to the second and even third levels to make blocks. Raym has the size to play tackle at the college level, but I could also see him at the guard spot as well. His versatility makes him the perfect player for new Oklahoma State offensive coordinator Sean Gleeson’s running schemes. I know I wouldn’t want to see this guy pulling around the edge if I was an opposing player.

Landing a talented four-star offensive lineman like Raym would be a huge get for recently named OL coach Charlie Dickey, and would certainly ease some of the worry of losing an incredible recruiter like Josh Henson. Raym stated in late January that Alabama, Oklahoma, Georgia and Michigan would be included in his final list of schools, but he hasn’t posted an official list as of yet. Although, he did take to Twitter on January 21 to say that a top 5 would be coming soon. I ultimately think Raym lands elsewhere, but I do think the Pokes have an outside chance.

With Calvin Bundage and Kevin Henry set to graduate after next season, Patrick Macon recently deciding to transfer and 2020 prospect Josh White decommitting, the Cowboys will be looking to sign some linebackers in this next recruiting class.

OSU got in fairly early on young Missouri product Antonio Doyle, as he only held offers from Illinois, Indiana, Louisville, Minnesota and a few others at that point. However, Doyle has started to pick up some steam in recent weeks with offers from Auburn, Iowa State, LSU, Michigan and Oklahoma.

Doyle transferred schools near the beginning of his junior season, and had to sit out the remainder of the year, so he doesn’t have a lot of film from last year. But what he does have on tape so far through his high school career is very impressive. The three-star prospect has great size at 6-4, 230 pounds, and has insane speed to go with it. In addition, Doyle is extremely physical and I could see him fitting into the Calvin Bundage/Devin Harper linebacker role for the Cowboys. He’s also a stud on the offensive side of the ball.

With Doyle receiving so many recent offers, there’s no telling where he’ll end up, but the Pokes should continue to go hard after him.

The three-star running back released his top 10 list on Monday, and Oklahoma State made the cut.

The other schools that made the list are Boston College, Illinois, Indiana, Iowa, Miami (OH), Michigan State, Minnesota, Toledo and Wisconsin. However, both Boston College and Wisconsin have yet to offer the Illinois product. Similar to Doyle, most of his major offers have come in January and February, as teams took notice of his junior year film.

Oklahoma State landed talented running back Deondrick Glass in 2019, but will surely be looking to continue adding to its depth at this position in 2020. Nicholson has great top end speed and is very shifty in the open field, but also isn’t afraid to get physical. I believe he’s someone the Cowboys have a realistic shot at. However, if Wisconsin does offer… that could be a problem based on his recent comments.

My guy @okiepoke93 brought J.D. Head to my attention in a Twitter convo a little while back. He currently doesn’t hold an offer from Oklahoma State, but he’s attended camps in Stillwater, and I believe the Cowboys have shown some interest.

The young quarterback moved from Jones, Oklahoma to Pearland, Texas this past year due to family circumstances, and led the 6A Pearland Oilers to the playoffs. Additionally, Head was named the district’s Offensive MVP after throwing for 2,650 yards, 25 touchdowns and only 6 interceptions with a 66 percent completion percentage.

The 6-2, 175-pounder has a strong arm, moves well in the pocket and has good overall athleticism.  He currently doesn’t have many offers, and none from major programs, but I would expect that to change soon. Head is someone I think the Pokes should get in on early as I think he has the talent to be a solid college player.