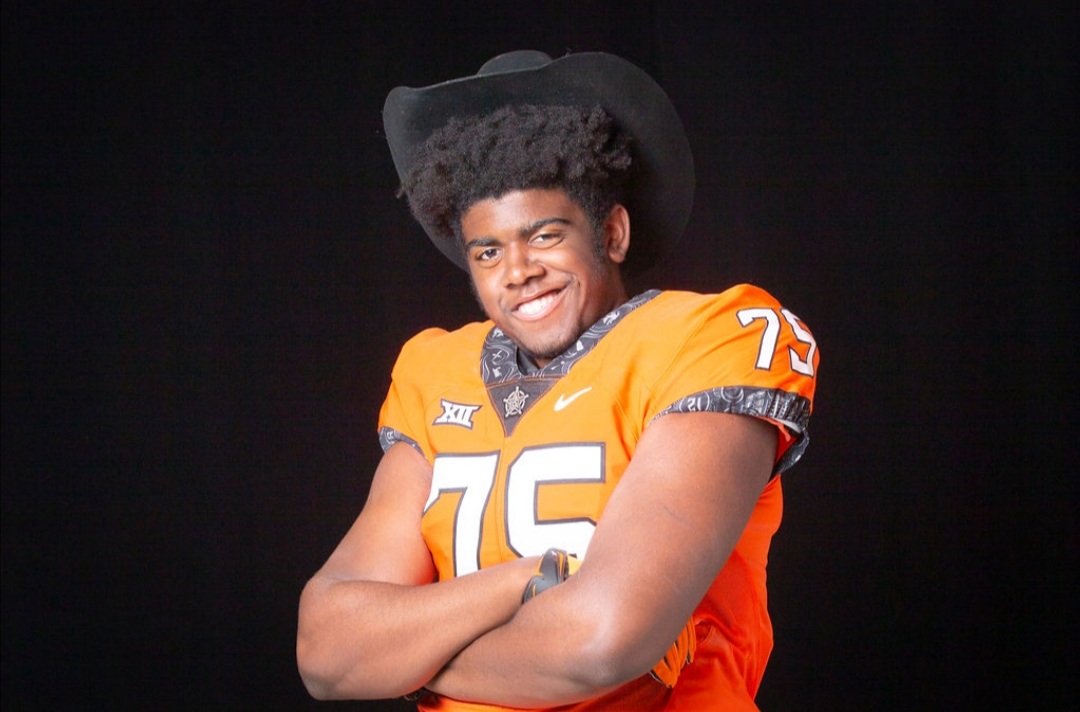 A 6-foot-7, 280-pound tackle, Robinson visited Oklahoma State on an unofficial basis in April. The Cowboys have recruited Robinson for a while, sending out an offer in December of 2020. That trails only Texas and Baylor among Robinson’s finalists.

Robinson is the No. 154 player in the 2023 class, according to the composite rankings, which makes him the No. 17 offensive tackle in the cycle. 247Sports is even higher on Robinson, listing him as the No. 81 player nationally.

He plays his high school ball at Arlington Lamar. LSU, Florida State, Nebraska, Arkansas and Miami are among the programs that offered Robinson but didn’t make the cut.

Oklahoma State has seven commitments in its 2023 class, which ranks 31st nationally. Two of those players are offensive linemen in Stillwater High standout JaKobe Sanders and Tucson, Arizona native Jack Endean. If Robinson were to pick the Pokes, his composite score of 0.9341 wouldn’t only make him the highest-rated commit in OSU’s class, it would make him the the highest-rated offensive lineman in the Mike Gundy era aside from Tramonda Moore, who never played at OSU.