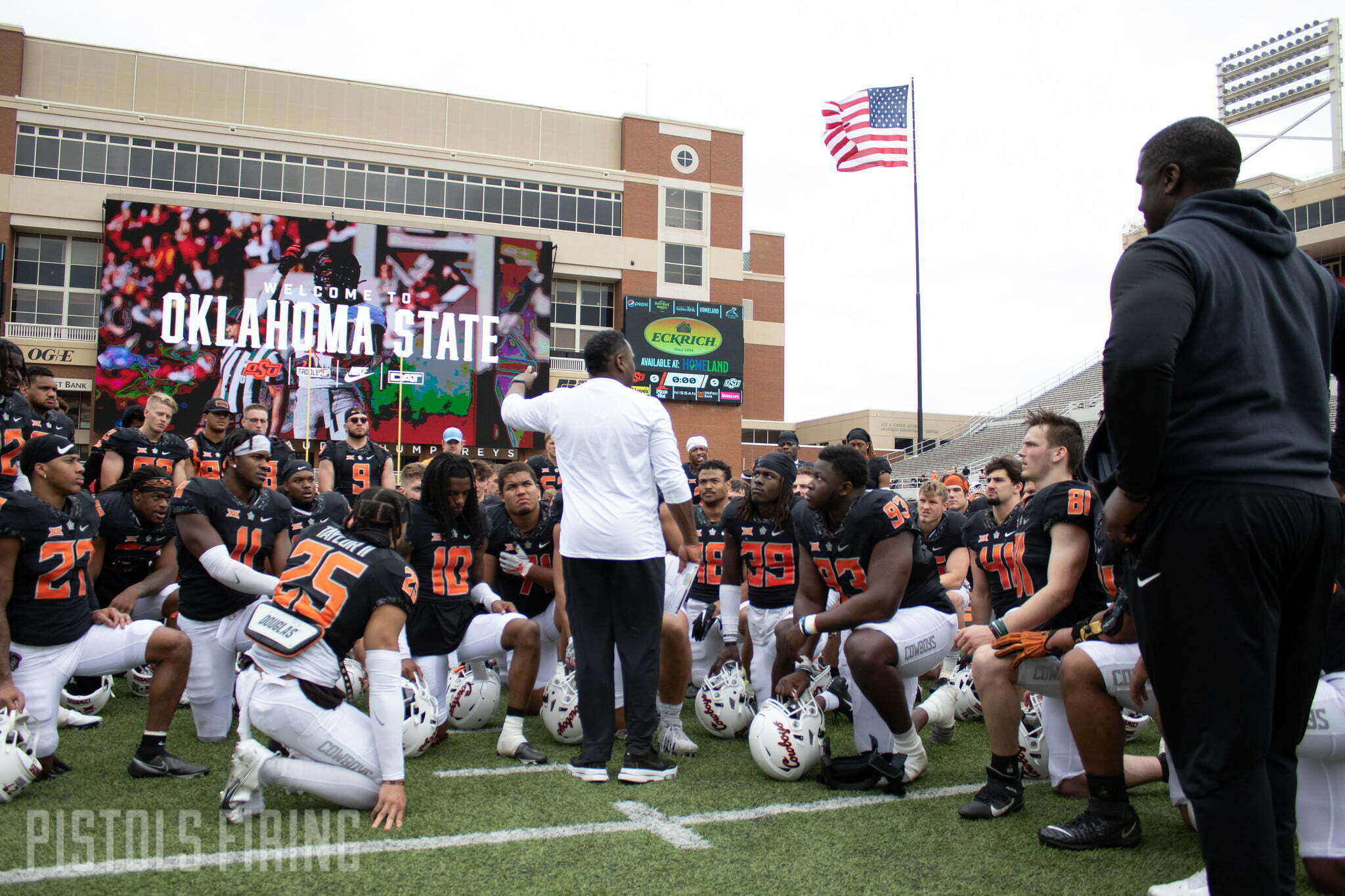 The 2023 cycle might just be kicking into full gear, but the Cowboys are already making some noise on the defensive front.

OSU’s 2023 class ranks 31st nationally at this early point in the cycle. That puts it sixth in the Big 12, but with most schools having about six commitments pledged, it’s too early to draw any overarching conclusions about the class at this point.

Porter has crystal ball predictions to land at Texas and Northwestern on 247Sports, and recruiting analysts on Rivals are also split between the Longhorns and Wildcats. If Porter were to pick the Pokes, he’d become OSU’s highest-ranked pledge in the cycle. Walton, the No. 606 player, in the class currently holds that honor.