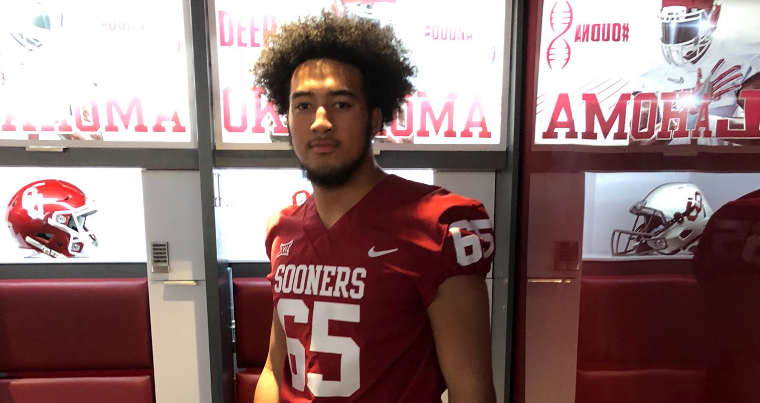 After signing a five-man offensive line unit in the Class of 2018, OSU coach Josh Henson has the luxury to be more selective than normal in 2019. There’s absolutely no rush or scramble to bring in a big class, and thus far Henson’s recruiting antics have reflected that.

Henson has been aggressive on the trail in 2019 and he’s started with the cream of the crop, likely with the intention to slowly work his way down the big board. Of the 13 OL offers in 2019 thus far, only five are rated three-stars or below, and a recent offer, four-star Stacey Wilkins, has already shown interest in OSU by naming the Pokes in his top 10 this weekend.

The 6-7, 280-pounder with 19 offers is, for the time being, considered a heavy Arkansas lean, with the Sooners threatening in his 247Sports crystal ball. And although he put out a top 10 that included OSU, the Pokes aren’t in his top 3 he told WholeHogSports this weekend.

He has a top three in no order of Arkansas, Texas and Oklahoma. Wilkins has said he’s wanted to be a Razorback since he was a kid.

“I have a good relationship with them so they’re one of my top schools,” he said of the Hogs. “I’m looking at where I fit in where I’m able to connect and leave a legacy behind me.”

Wilkins is scheduled to commit on May 9 as things stand right now, and a commitment to the Pokes would give them their first OL pledge of the 2019 class, joining Grayson Boomer, Demarco Jones and Tom Hutton.