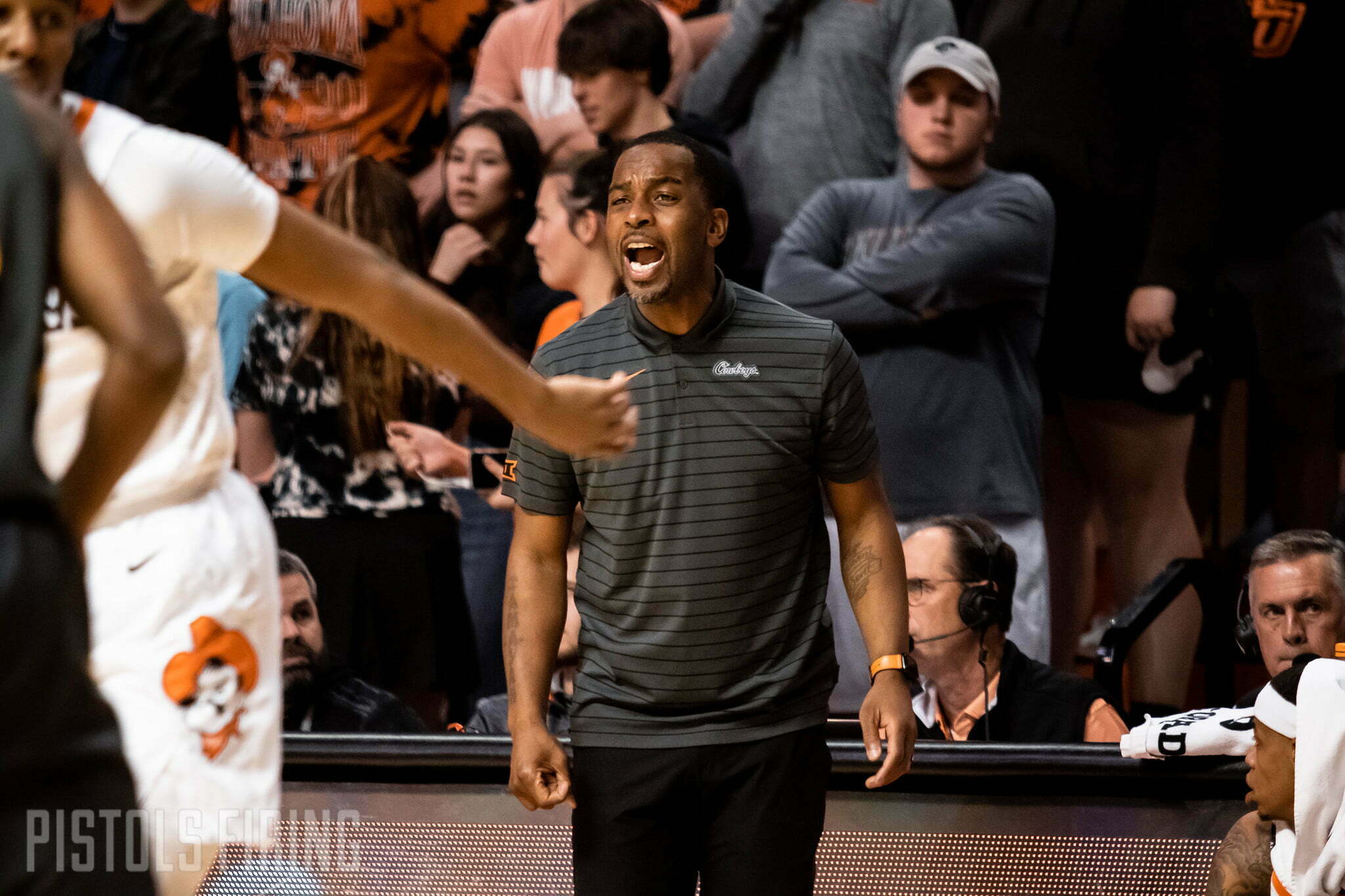 A former Oklahoma preps standout, Kaden Cooper has seen his stock rise over the spring and summer, and he isn’t counting out the Cowboys quite yet.

Cooper, who is from Ada, released his Top 10 on Saturday: Oklahoma State, Oklahoma, Kansas, Gonzaga, Texas, LSU, Memphis, Alabama, Kansas State and Georgia Tech. Cooper is listed as a 6-foot-6 guard and 247Sports ranks him 45th in the 2023 class.

Cooper now plays his preps ball at The Skill Factory in Georgia, and his stock has taken off this summer with Team Trae Young on Adidas’ 3SSB, where he averaged 10.6 points and 8.5 rebounds a game while shooting 41% from the field.

Oklahoma State offered Cooper way back in 2020, but it wasn’t until this past April when things started to take off. Since April, he has garnered offers from the likes of Kansas, Gonzaga, Illinois, UCLA, UConn and others.

His athleticism stands out most, and it’s showed in his rebounding totals. Despite being a guard, Cooper had five double-digit rebound games in the 3SSB, including a 15-rebound game against Team Rose.

Here are highlights from Team Trae Young’s game against Southeast Elite where Cooper (No. 11) had 18 points, nine rebounds and was 4-for-5 from 3.

Cooper started the year in the 200s of 247Sports rankings before climbing up to his current spot at No. 45. Here is a look at how all the major recruiting services rank Cooper:

None of the recruiting services have any predictions for where Cooper will land yet, but he has taken recent visits to Gonzaga and Oklahoma. Cooper told 247Sports’ Travis Branham that he is planning visits to Alabama, Texas and LSO.