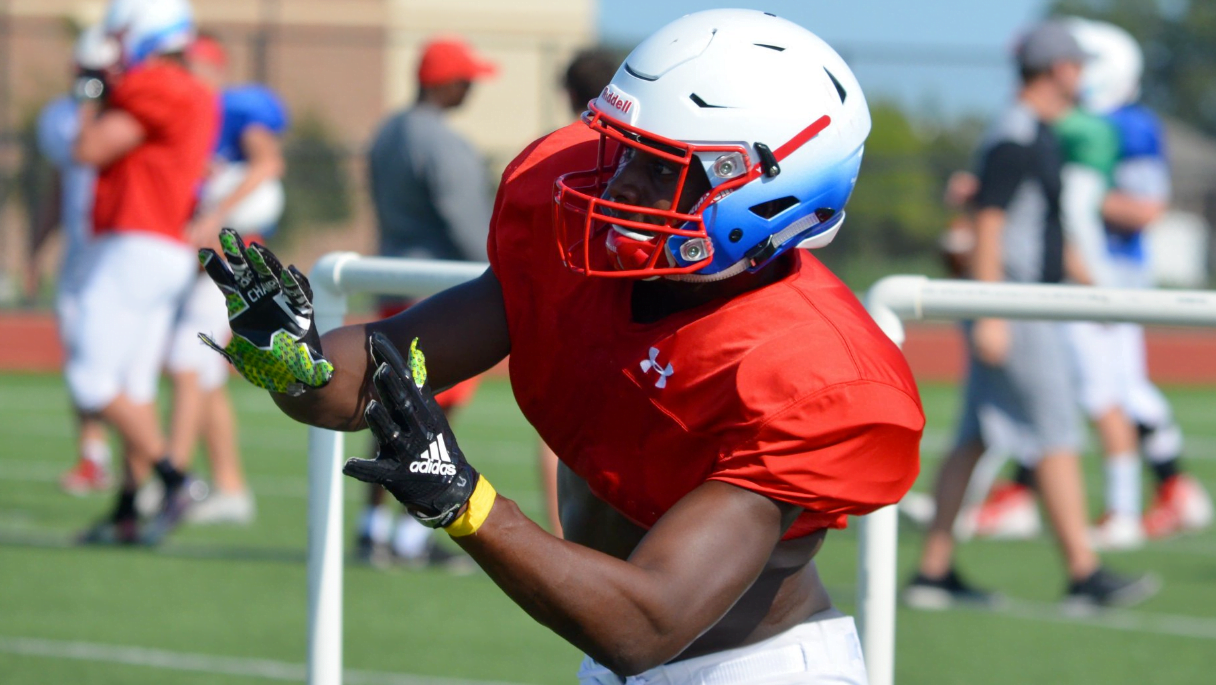 Four-star wide receiver prospect Langston Anderson has committed to Oklahoma State over a final three of Ole Miss and Baylor. He announced his decision in a commitment ceremony on Wednesday afternoon at his high school, Heritage High, in Midlothian, Texas.

Anderson becomes the 20th prospect to commit and sign with OSU in the 2019 recruiting class, and the first at his position. He fills an immediate and obvious need that had gone unaddressed after other targets — including Jadon Jackson, Kennedy Lewis and Demariyon Houston — turned down OSU for other opportunities.

Oklahoma State ranked 48th in the national recruiting rankings and sixth in the Big 12 heading into Anderson’s decision, but with him aboard, the Pokes make a small leap to 44 but remain sixth in the conference in the standings.

Anderson’s commitment is not only a boon in itself, but it comes at a good time. Only five days ago, Anderson was ranked as a three-star prospect before getting a boost up the rankings to low four-star status. With him in the fold, he becomes the second-highest ranked commitment in the 2019 class behind only Grayson Boomer.

During his illustrious senior year at Heritage, Anderson reeled in 63 passes for 1,120 yards receiving and 18 touchdowns. He also had 156 yards rushing and 135 yards as a kick return.