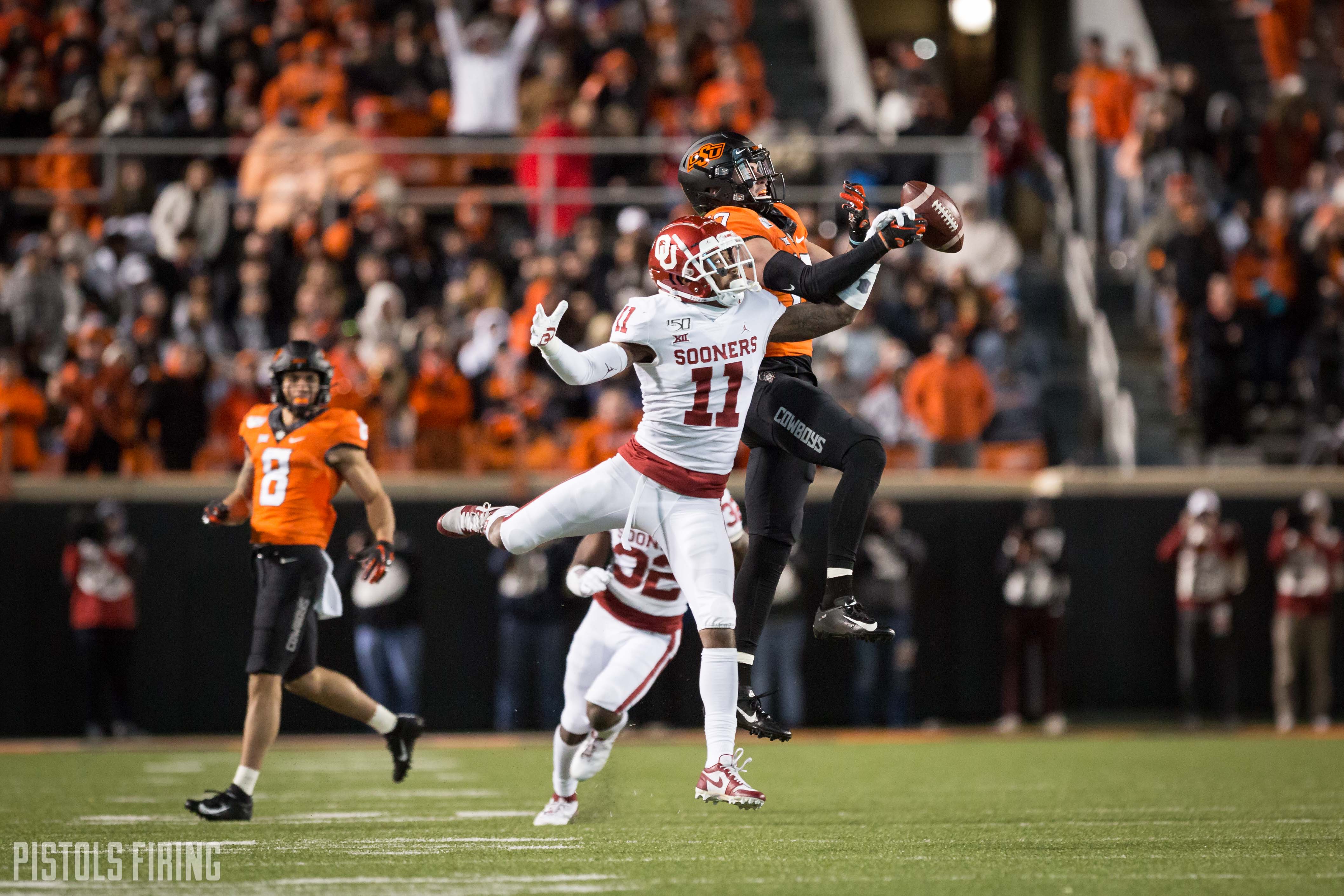 The talent disparity between Oklahoma State and Oklahoma was on full display Saturday in Stillwater as the Sooners went wire-to-wire with another Bedlam win — the 13th in their last 15 tries.

But still, that doesn’t completely mean OSU should throw the white flag before next year’s Bedlam (and the year after that, and after that ….) OSU can close the gap on the field in others way — both on the gridiron and off it.

This one goes without saying, and yet with each passing Bedlam, this becomes more and more the only obvious solution. OSU must make it a priority to recruit better talent. When you’re recruiting at an average level in your own conference, you’re stacking the cards against yourself from the jump before a season even starts.

Here’s a look at the national finish of how OSU has finished in the recruiting rankings since 2010. (Conference finish is in parentheses for context.)

Not exactly something you can get better at, but OSU’s injury luck in Bedlam is woeful. In 2015, Mason Rudolph had a bum foot and played one snap — a pick-six. This year, OSU was without Spencer Sanders and Tylan Wallace, both of whom are out with a thumb and ACL injury, respectively.

Recruiting better can improve the injury luck a bit — if you go two-deep at every position you can reload better than other programs — but there’s really not much you can do to improve here other than to cross your fingers and hope your best players stay healthy. In the case of Bedlam 2019, that didn’t work.

In more years than not since Brandon Weeden left town, OSU has had the inferior talent at QB.

Injury (bad) luck played a role in a lot of these games on both sides, but OSU getting elite play from the sport’s most important position is vital to upending a team that, historically, has been far superior.

Mike Gundy said the most obvious thing you could say after Saturday’s game when referring to one of the single most efficient offenses in college football of the modern era.

“What this game comes down to is, you can’t kick field goals and beat a good football team,” he said.

OSU should have been aggressive from the jump. Fake a field goal Bob-style. Go for it on fourth down. Don’t wait until you’re down double digits to try and stage an improbable comeback. Bill Simmons often refers to it as a “kitchen sink” game — where a team just loads its play sheet up with only the A-plus calls early to try and jump on their opponent. That’s what OSU should be doing every year. Because every year OSU is an underdog, and nearly every year, OSU plays timid until it’s far too late.