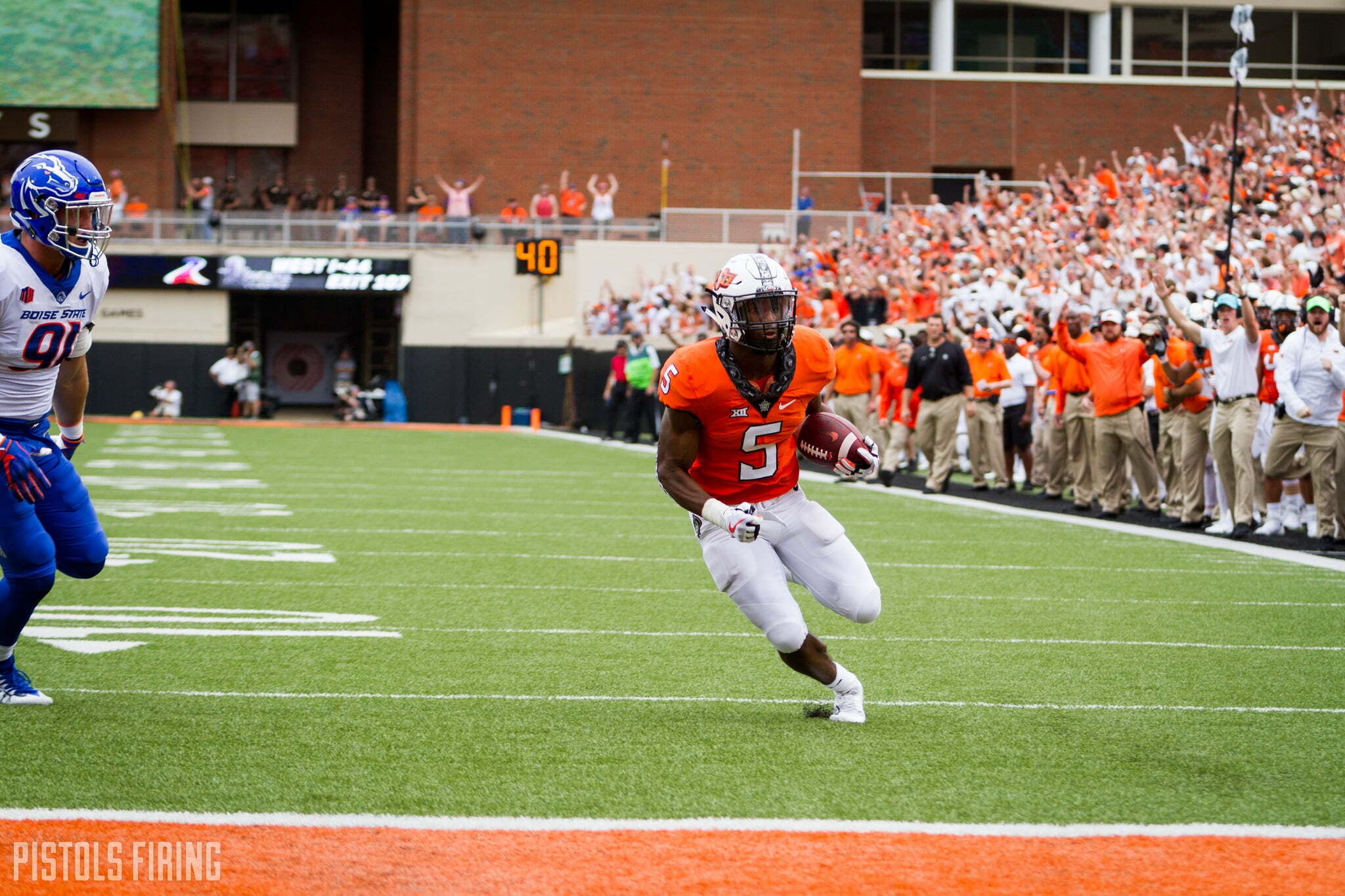 You’re only as good as your latest performance, so as of now, Oklahoma State is pretty good. Here are my grades for the Cowboys 44-21 victory against No. 17 Boise State.

I got a little heat in the comments last weekend for giving the OSU defense an A-. Well, I hope we can all agree this week that the defense is full of some dudes.

The group held a top five offense going into the game to 21 points, while sacking the quarterback seven times and holding Boise State to 34 rushing yards. Jordan Brailford? A problem. Calvin Bundage? A nightmare. The aggressiveness Jim Knowles’ system allows has truly enabled this defense.

Taylor Cornelius got the job done. I’m done waiting for Cornelius to somehow transform into Mason Rudolph. Saturday I realized that he might not have the flash Rudolph had but he’s still a grinder.

His stat line wasn’t jaw-dropping: 15-for-26 for 243 yards and a touchdown with a team-high 16 carries for 41 yards and two more touchdowns. And a 3-yard reception. Cornelius getting pushed into the end zone on his final rushing touchdown says a lot about how much he just wants to win.

What a difference a week makes.

Two blocked punts, a touchdown, 3-for-3 on field goals, four touchbacks off kickoffs — what a game. I hope this doesn’t lead to the Cowboys saying, ‘Ah, it’s fixed,’ and not continuing to work on it, but what an outstanding performance.

This week was better than last for OSU’s offensive line, but there were still a few issues.

The Cowboys struggled running the ball at times, but that eventually got worked out by the end of the game. Cornelius was sacked three times and forced out of the pocket (where he seems more comfortable, honestly) a number of times. The offense also seemed a bit better on the goal line against Boise State, a place where the Cowboys have struggled a little this season.

Hill struggled at the start of Saturday’s game, but he went on to run for 123 yards and a score, and his shiftiness was an issue for the Broncos. This is the first time this year we’ve gotten a full look at Hill, as he was limited against Missouri State and South Alabama, and it turns out, he’s still incredible.