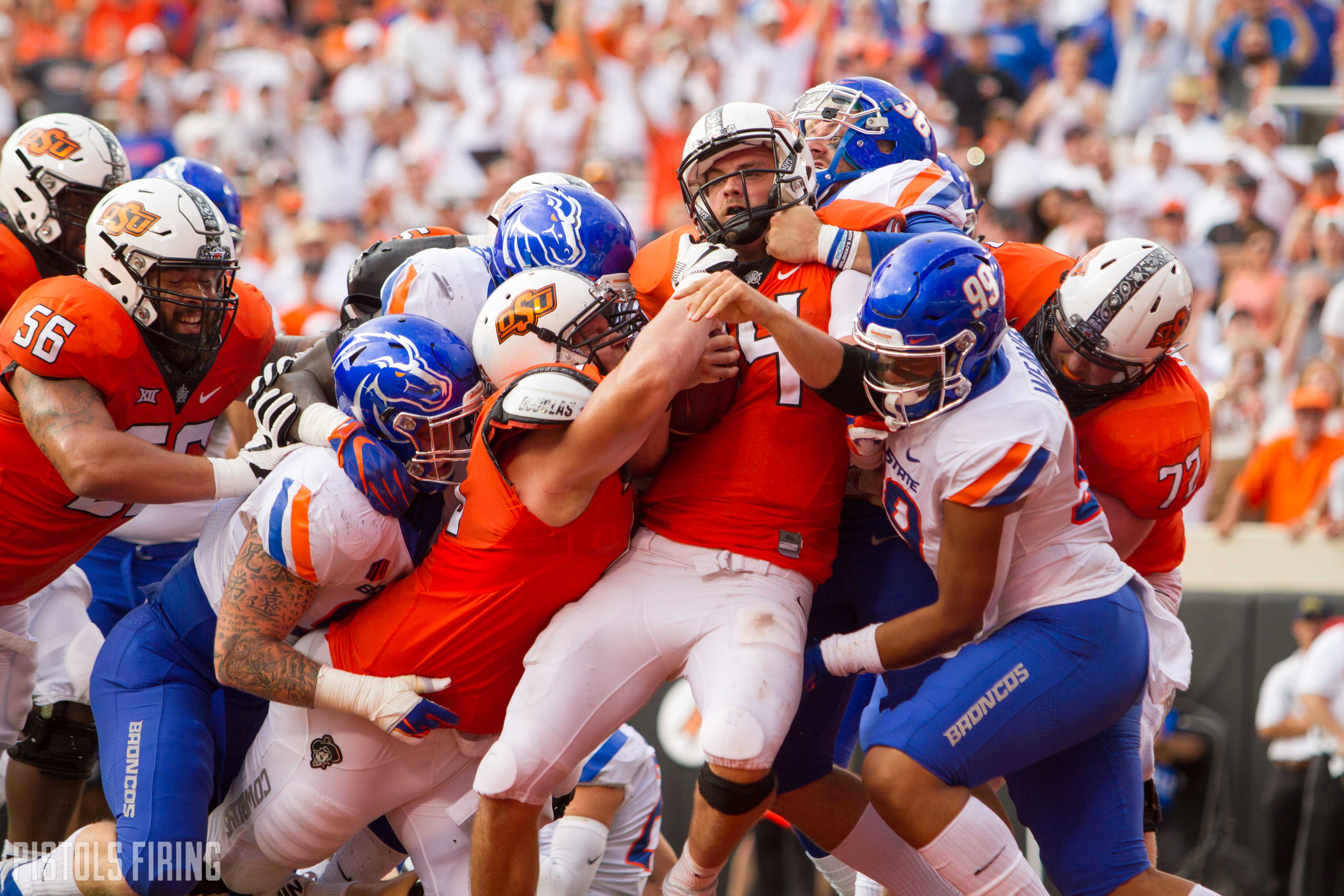 After a slow start to the first quarter and a Boise State score that struck blood first, Oklahoma State outscored the Broncos 44-14 the rest of the way to seal the deal and capitalize on a huge nonconference game in Stillwater this afternoon. Lets check out the best of social media from today’s action.

Always best to take a look at the hype-video first thing.

Gameday’s pick’em crew was split going into the action.

Whew. These uni’s were fire.

Heading into the game, the Pokes were actually underdogs, despite opening as three point favorites early last week.

#OKState is now a 1-point underdog today. Began the week favored by 3.

Stripe the Stadium went pretty well! Here’s a look at BPS before kickoff.

Only two players have had more than three sacks in a single game in #OKState history. Jordan Brailford has three at half.

Jordan Brailford. Again. He's having an Ogbah-like impact on this game.

Early on revealed cause for concern for the Cowboy offense, but Cornelius settled in and ended up with quite the performance against Boise. His grit running the ball really allowed him to settle in and make some plays.

#okstate In one quarter, Taylor Cornelius morphed from an Alex Cate lookalike to a Collin Klein clone.

Boise did dare him to throw the ball, but he did so at the right times. Taking care of the football is a huge reason why the Pokes got such a convincing W today.

If I’m Boise, I (continue to) dare OSU to throw deep every play. Cornelius hasn’t shown he can consistently complete passes downfield.

Justice really put the team on his back in the final few drives to seal the deal in the 4th. This stiff arm was… nasty.

Some great shots from this afternoon:

Some shots from the first half of action in Stillwater. pic.twitter.com/vzKeZvAIlN

When somebody says OU is still in play for Dax. pic.twitter.com/mPpedgkkL0

This was really funny to me.

#okstate Violation of common sense: Referee checking replays on an 8-inch screen, when there’s a giant video board showing the same replay. pic.twitter.com/eVkVrPsm6o

Excellent, excellent win for #okstate. Boise is a good team and they beat them up in all three phases. Gundy continues to prove he's one of the best coaches in the country.