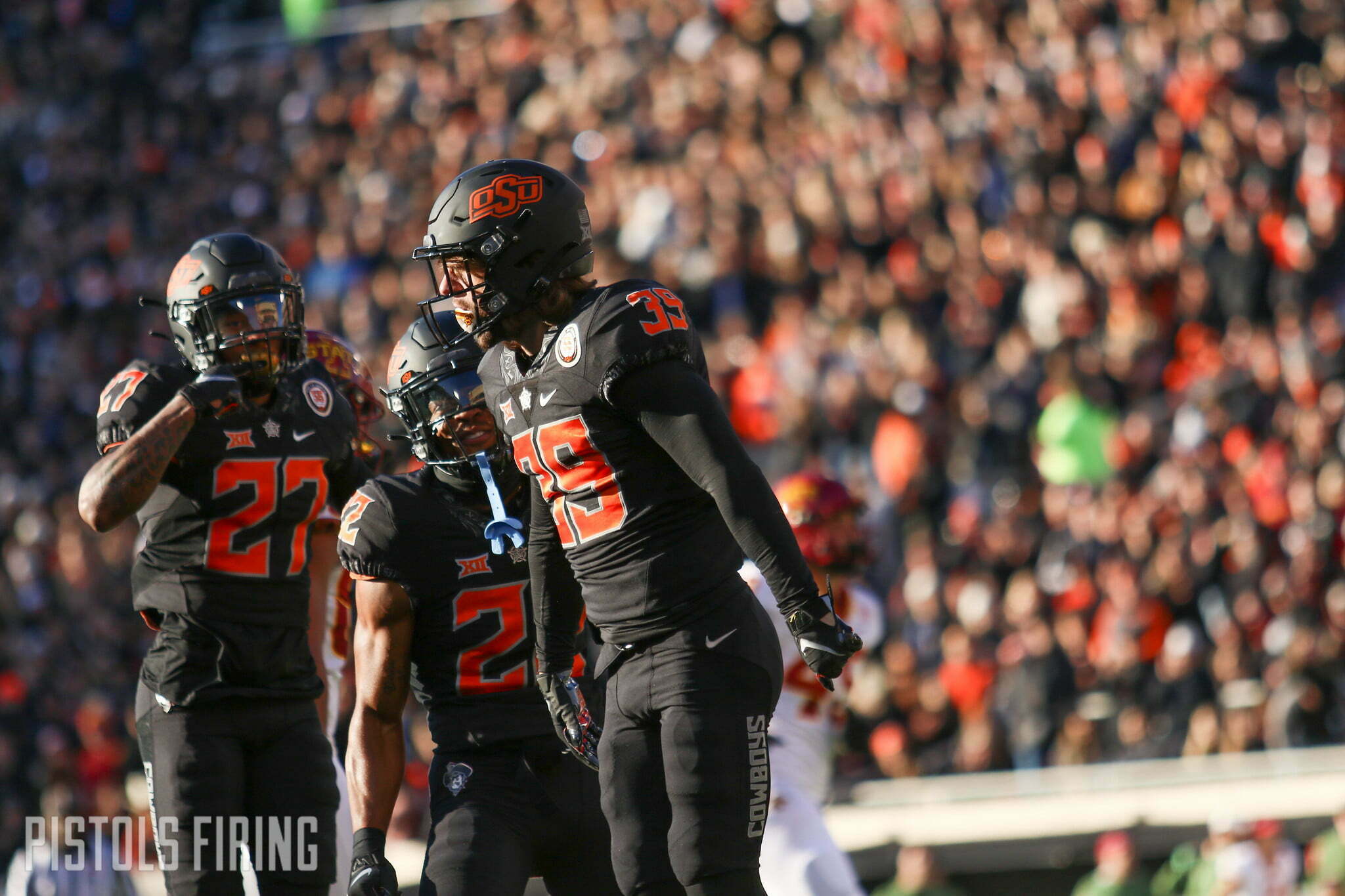 After consecutive weeks in which OSU got “Fs” on its report card against Kansas State and then against Kansas, the Cowboys roped their teacher (yours truly) back into good graces on Saturday with a spirited showing in a 20-14 home win to keep its (very long but not completely dead) hopes of winning the Big 12 still alive.

Here are my grades from the week that was. Let’s start with the bad and work up to the good.

Deploying the bold strategy of simply outscoring its opponent, OSU on Saturday emerged the victor over Iowa State. But 20 total points couldn’t have been much uglier to come by, if we’re being honest. The run game is on complete life support. There’s an epidemic among receivers of a bad case of the drops. Blocking up front has been pretty brutal on the whole despite relatively clean health. It’s just been really hard moving the ball. Spencer Sanders’ late insertion into the game helped a bit, but even he wasn’t the savior people maybe billed to be. For instance:

The running game isn’t going to suddenly be resurrected before Bedlam. OSU is going to fully embrace the pass game and will ride Spencer Sanders into Norman like Seabiscuit next week. He may have 50 passing attempts by halftime against the Sooners.

In the game, OSU forced three interceptions and two fumbles. On the season, a span of nine games, OSU had just seven interceptions and two fumbles. That’s big-time defense. In the early 2010s the defense thrived off creating extra opportunities for the offense by forcing takeaways. It did a really good job of getting back to its roots in a critical spot Saturday. Which brings us to . . .

Kendal Daniels? More like Himdal Daniels, amirite? Or more like Kendal MANiels? (OK, OK, I’ll stop. Still workshopping.) NEVERTHELESS, Daniels was the driving force on Saturday behind OSU’s take-it-away approach. Forced a couple turnovers. Had a massive role in stopping Iowa State late in the game on fourth and short. Was all over the place (in the best way possible) for the OSU secondary.

“He’s starting to get seasoned a little bit and should get a little bit better and better now based on experience,” Gundy said of Daniels. “The turnovers that we were able to get allowed our defense, even as good as their defense is and was, to play better today.”

It wasn’t exactly Bedlam 2021, but that fourth quarter vs. Iowa State sure had some vibes to it from the OSU defense. Derek Mason had the pressure dialed. Mason’s army responded with four fourth-quarter stops, including a Collin Oliver chasedown sack late that effectively iced the game.

“Guys just kept making plays,” said Gundy. “We had a couple of calls where we were getting single-blocks on three guys, and so it gave us a chance to get somebody loose. . . Obviously [Collin Oliver’s] done a lot of it. And we got them in a one-dimensional style. We knew they had to throw it, so we could pin our ears back and come.”

No “F” on the report card this week. Can’t do it when OSU wins. But darn the running game challenged me with that. It was nonexistent again. There’s just no explosiveness in that department and the lack of a threat in the running game is severely hamstringing OSU’s offense overall. It was so bad, in fact, that when Spencer entered the game late, OSU basically told the running game, “Nah brah, we good.”