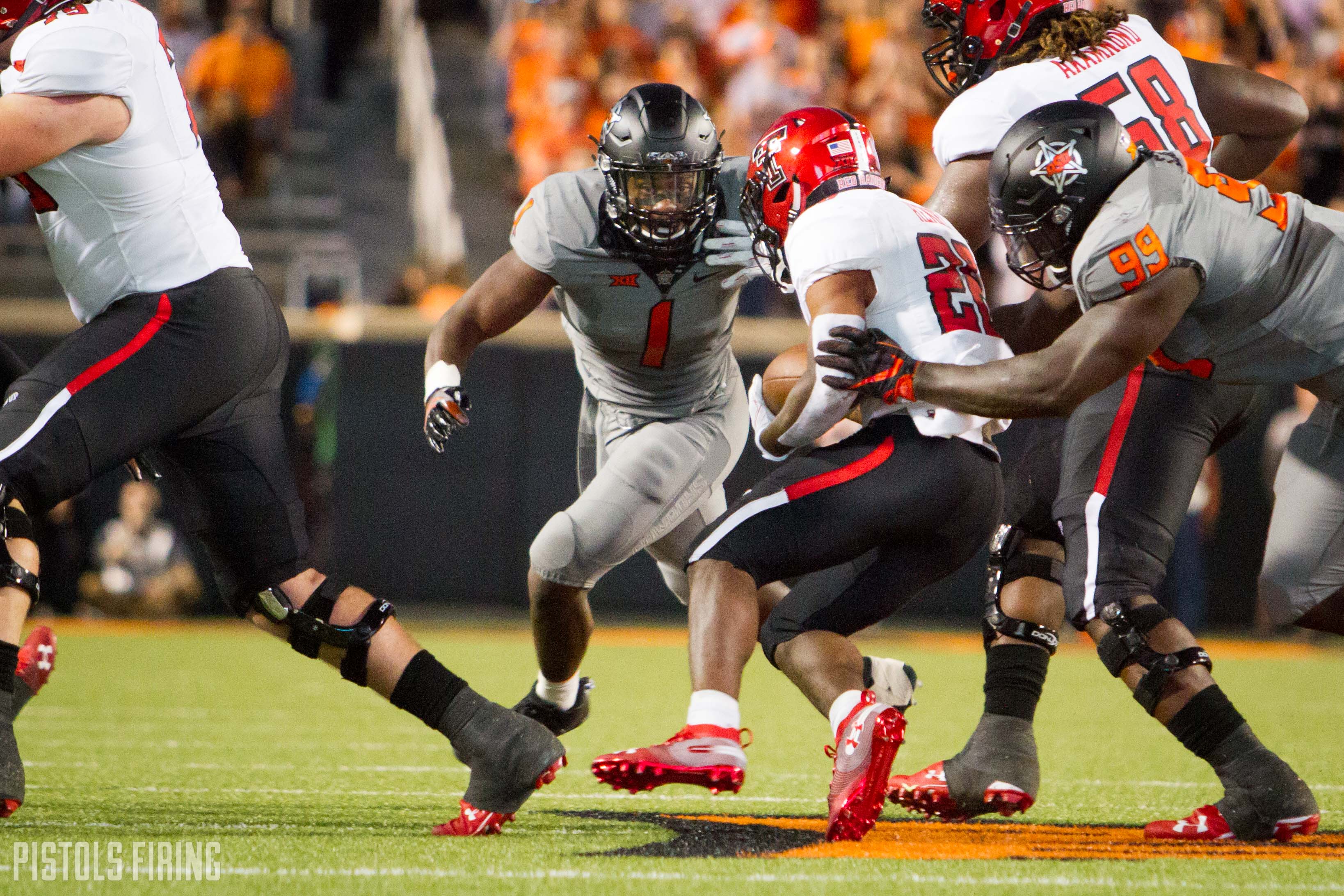 The Cowboys have struggled at the start of Big 12 play of late.

Oklahoma State’s 41-17 loss against Texas Tech on Saturday makes it three straight defeats in conference openers. Since Mike Gundy took over at OSU in 2005, the Cowboys have gone 7-7 in Big 12 openers with a less than ideal 2-5 record since 2012.

“We got to get back to the basics, we’ve got to execute our running game,” Gundy said. “I thought the backs rushed good, they just didn’t get many opportunities. Then you get behind. We’re a balanced-attack team, when you get behind by two touchdowns like we were and some of the stuff we do is not as productive. Had a chance to come back, every time we’d get an interception, a stop or whatever, then we would drop a punt, drop passes, turned a guy loose around a corner, make a bad throw. They outcoached us, they outplayed us.”

Saturday’s 24-point difference was the worst OSU has had in a conference debut since Gundy’s first season, 2005, when Colorado beat the Cowboys 34-0.

This is the third time a Gundy coach team opened its Big 12 schedule against Texas Tech. OSU won the first two meetings in 2014 and 2007. In 2014, Daxx Garman threw for 340 yards, four touchdowns and two interceptions against the Red Raiders in a 45-35 victory.

In 2007, the Cowboys overcame a 646 passing yard performance from Graham Harrell. Harrell threw five touchdowns, three of which were to Michael Crabtree, who had 237 receiving yards. The Cowboys rushed for 366 yards that game.

“I thought Corn played tough,” Gundy said. “I know the statistics don’t resemble it very well. I don’t think it’s all about numbers. We’ll have to go back and look at the film and see where mistakes were made at that position and correct them.”

Here’s a look at Big 12 openers in the Mike Gundy era: