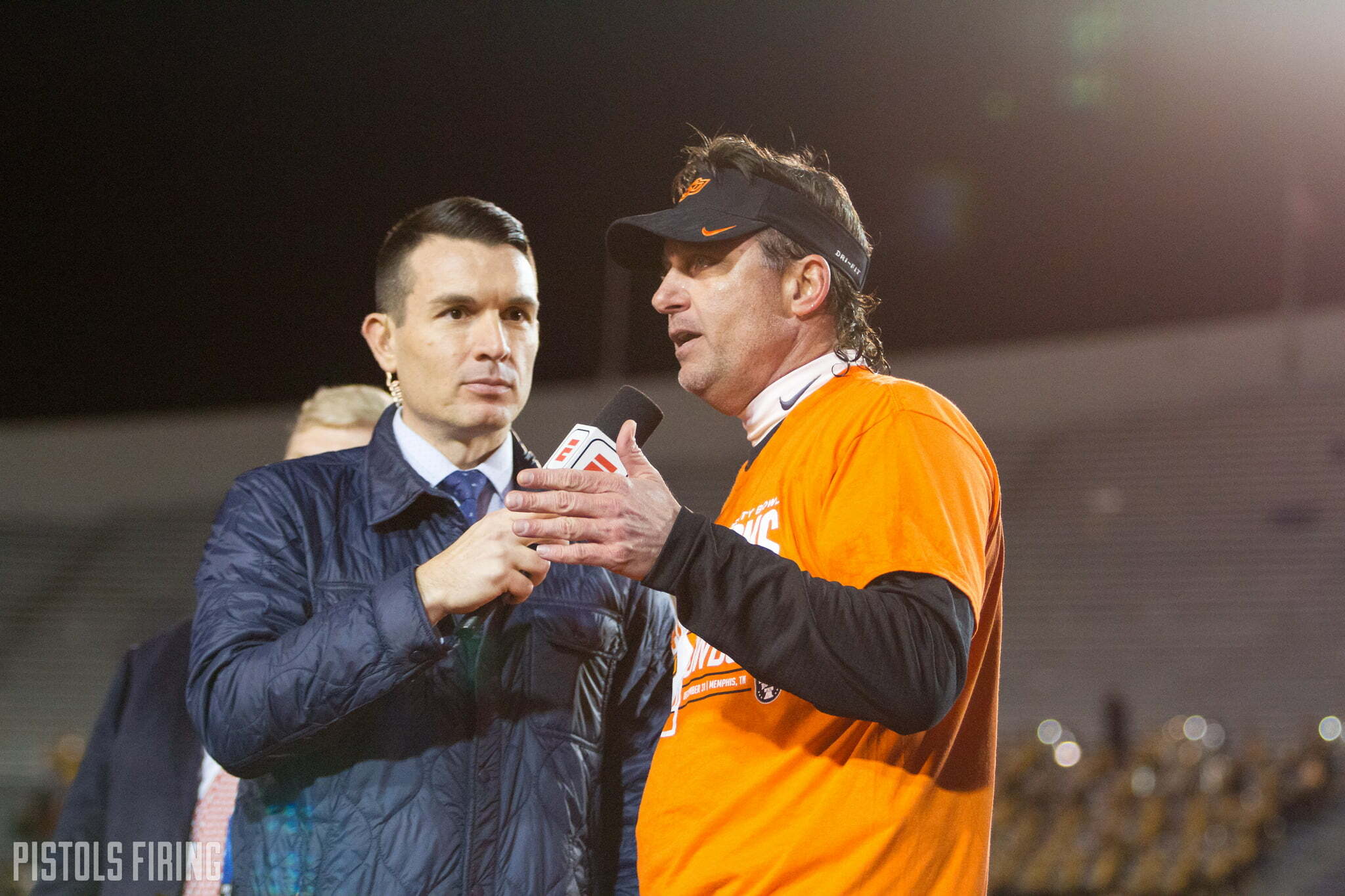 Oklahoma State football coach Mike Gundy will make $5.125 million for the 2019 season after another year was added to his rolling, five-year contract, OSU announced Wednesday. That’s an increase of $125,000 from last year.

Gundy’s contract now last through 2023 after he signed the long-term deal in 2017.

“Outside of my family, coaching football at Oklahoma State is the biggest part of who I am,” Gundy said in the release. “I’m more energized and excited about Cowboy Football than at any time during my career.

“I appreciate the continued support of President (Burns) Hargis, Coach (Mike) Holder, the Board of Regents and the OSU fan base. Our players start winter conditioning on Monday, and I’m chomping at the bit to get back into spring ball in March.”

Gundy’s new salary would’ve been the 10th-highest among college football coaches this past season, according to USA Today. Gundy’s flat $5 million he made in 2018 was tied at 10th with Florida State’s Willie Taggart, Illinois’ Lovie Smith and Nebraska’s Scott Frost.

With the rolling contract, OSU has within a week after the final game of the season to decide whether they want to add on another year and keep it at five or let it lapse down to four. This time, despite what some considered a down year, they tacked the year on and gave him a predetermined $125,000 raise (which he will get annually). 2019 will be Gundy’s 15th season as the head man in Stillwater, where he has amassed a 121-59 record.

“Coach Gundy has built the Oklahoma State football program into a regular contender in the Big 12 and he has done it the right way,” OSU athletic director Mike Holder said in the release.

“He’s instilled a set of core values and a culture of which we can be very proud. We’re very pleased with of all the success he’s led our young people to on the field, but even more significant are the academic strides that the football program has taken in recent years, winning the AFCA’s Academic Achievement Award and posting a perfect score on the NCAA’s Academic Progress Rate.

“Coaching is about teaching young people to dream big and Mike Gundy has provided the opportunity for our students to make those dreams come true on the field, in the classroom, and in life. The Cowboy Culture that he has instilled within the program is developing and preparing young men for the rest of their lives.”