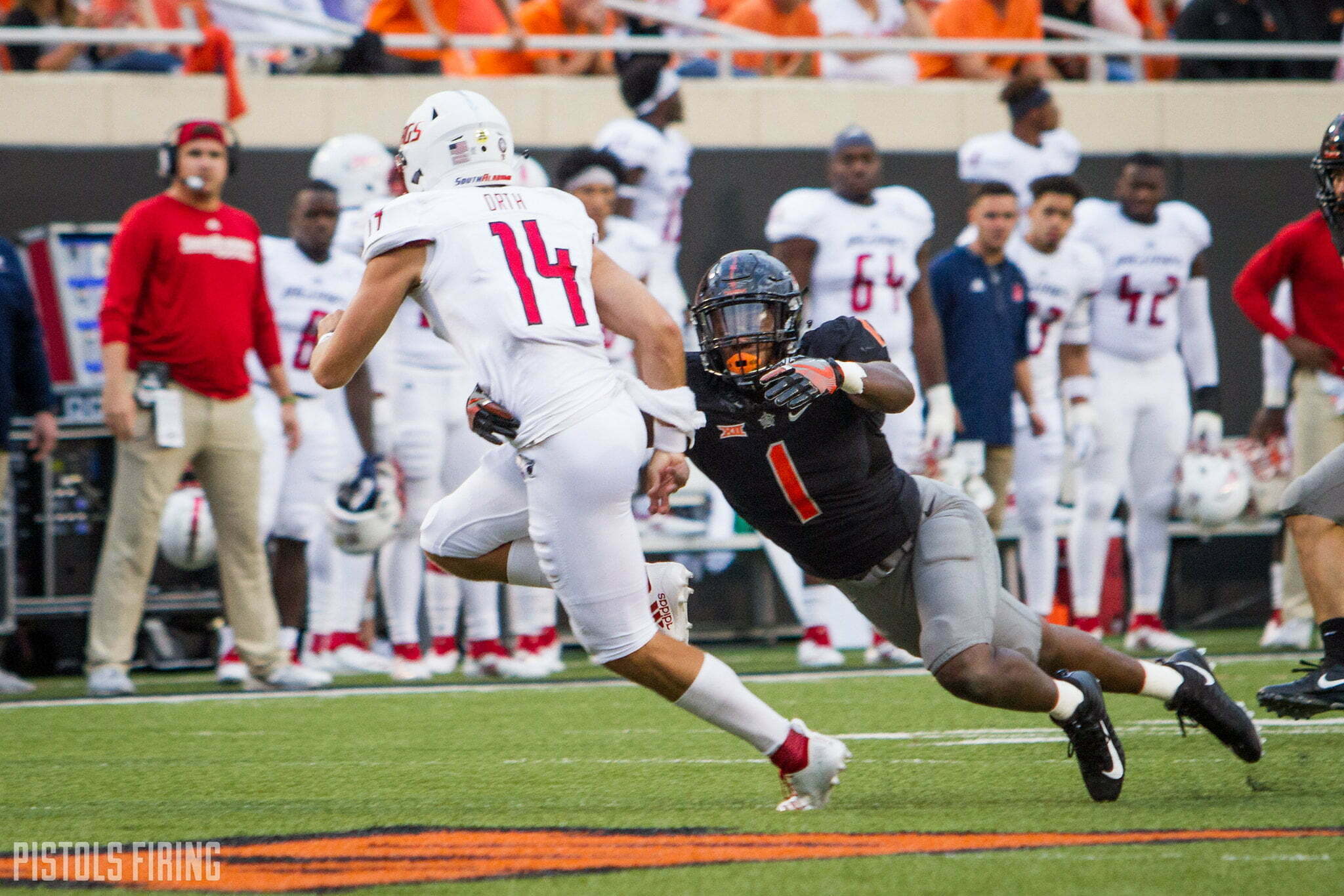 STILLWATER — The Cowboys were without two expected defensive contributors in Corvallis.

Calvin Bundage and Israel Antwine were absent in Oklahoma State’s 52-36 season-opening victory against Oregon State. The pair’s availability for the Pokes’ home opener against McNeese isn’t set in stone either, it seems.

Bundage, a senior linebacker, has dealt with a nagging back injury throughout fall camp, and at his media luncheon Monday, OSU coach Mike Gundy said Bundage had a setback about 10 days ago, forcing him to miss the game.

Gundy said the injury wouldn’t require surgery but is more of a pain-tolerance ordeal. Gundy said Bundage might be held out this weekend, as well.

“He’s got a back issue, and they’re hard to determine,” Gundy said. “Sometimes guys come back quick, sometimes they don’t.”

Colorado transfer Israel Antwine also missed the Oregon State game for what has been described as “personal reasons.” Gundy didn’t go into any detail as to what that meant, but he said Antwine “should be” available against McNeese.

Gundy said Antwine is practicing with the ones and twos, and he should know more about Antwine’s status in a couple of days. Out of Millwood High School, Antwine was an exciting transfer after spending 2018 with Colorado, where he started 11 games as a freshman.

“We have him sitting on G, waiting on O,” Gundy said.