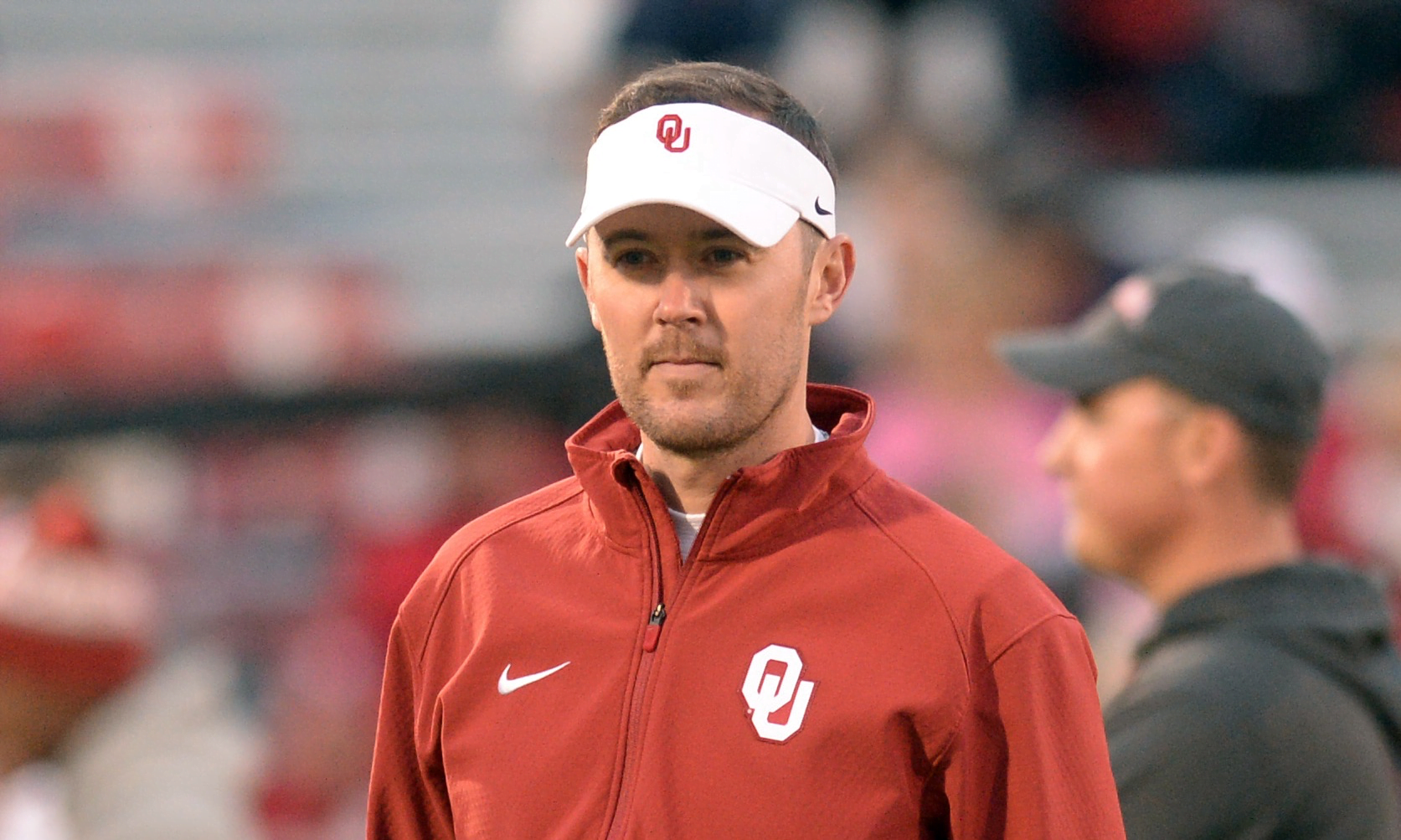 “It’s always a fun game,” said Mike Gundy on Saturday in Morgantown after the Pokes defeated the Mountaineers 50-39. “We don’t have professional football in our state so everybody always wears orange or red to work during the week. Should be a good game. They’re having a great year, and I know everybody will be excited about the game.”

He added that Baker Mayfield will be the best QB Oklahoma State has faced thus far, and that his corners, which to this point have allowed just six TDs all season, will have their hands full.

“Oklahoma is a really good team,” said Gundy. “They have a fantastic quarterback.”

Baker Mayfield on playing Bedlam earlier than usual: It just means the mustache is coming out early.

Eight hours later, halfway across the country, Lincoln Riley looked ahead to the biggest game in the state of Oklahoma annually, as well. He called the Big 12 the best conference in the country and said he’s fired up for his first Bedlam tilt.

“We’ve played in a lot of big games. We know the importance of this game to the conference, this game to the rivalry that it is. We know how good of a team coach Gundy has up there this year, and they’ve had good teams there for a long time. It’s going to be a good game and it’s been for the last several years. It’s a great rivalry and we’re looking forward to it.”

I think we all are. As I noted on Saturday, whoever wins this game is more than likely going to make it to the Big 12 title game in December. There’s an outside chance both teams could make it, but if you win this, you’re all but in.

“It is a rivalry game,” said OU linebacker Caleb Kelly. “Those guys are balling this year. They have a good record and they are doing what they do. Coming into these games you see them a little bit different, I say this about Texas too, just because they are rivalry games so they are going to give their best effort no matter what.

“I think it is just a game where everyone is attentive in practice and doing what they need to do. I am looking forward to it. I look forward to every game, making more plays and having fun with my brothers.”

#Bedlam week? Sounds like ‘The Sheriff’ is back. #Sooners pic.twitter.com/fEMo2H83no