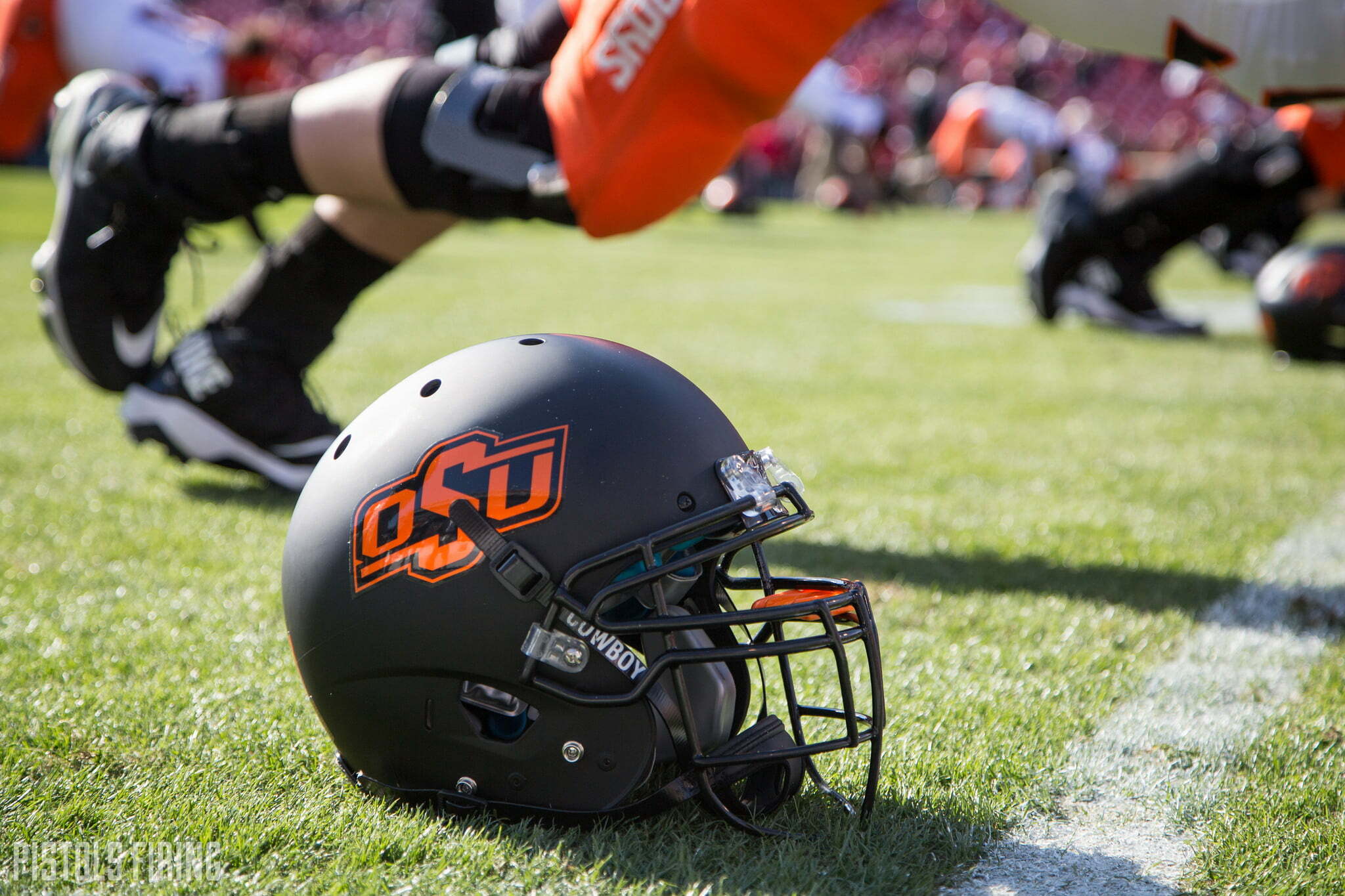 Oklahoma State signed 19 and added another in Langston Anderson, who committed late Wednesday, to make it a round 20 newbies as part of the 2019 recruiting class.

There are several other names still on OSU’s wish list out on the board that could commit and sign this week in the early signing period, but are more likely to wait until the second signing period in early February. So, presumably, the dust has settled for now. It gives us a good time to sort things out by handing out grades on how OSU did with its haul before things get officially official in February.

This class was never going to be about skill talent, really. OSU has more pass-catchers than Kasey Dunn can deploy (which is saying something!). And up until a month ago, OSU was fairly loaded at running back.

That situation changed slightly, however, with J.D. King and Justice Hill leaving this offseason — King unexpected and Justice expected. And OSU hasn’t exactly been able to keep up with the ever-changing landscape at that position.

The late addition of WR Langston Anderson on Wednesday prevents OSU from failing in this area altogether – although, frankly, WR isn’t a major need – but running back remains a sore spot.

The Cowboys added a junior college running back in Dezmon Jackson who could play right away, but Deondrick Glass remains on the board (and he seems more unsure about where he wants to go by the day.) Getting Glass would boost this grade significantly, but the lack of success recruiting the position from the high school level could wind up hurting OSU down the road.

As I noted above, this class was always going to be about the glue and core group of the team: The big bullies up front.

And the big bullies are coming in droves.

For a second consecutive recruiting cycle, OSU has an impressive offensive line haul with four high school prospects – Cole Birmingham, Preston Wilson, Taylor Miterko and Joe Michalski – coming to OSU. They are the meat and potatoes of this class. Mike Gundy’s successful teams have always had success running the ball, and OSU is slowly but surely working up its depth and talent to get back to that. They’ve now signed a total of nine offensive linemen in the last two classes.

As for big bullies incoming on the defensive line, things appear promising, too. The Cowboys have several pass-rushers in Trace Ford, Isreal Isuman-Hundley and Kody Walterscheid, and are working to at least secure one more commitment at the position – presumably from a junior college prospect.

At defensive tackle, things appear to be settled with Jayden Jernigan, Sione Asi and Xavier Ross. Asi’s junior college experience is a big boon for this class and position group that, on the whole, isn’t likely to contribute right away.

Oklahoma State extended offers and pursued at least a half-dozen quarterback prospects before finding Brendan Costello, OSU’s lone commitment at QB, in the 2019 class. He appears to be a hidden gem OSU stumbled upon out of San Clemente, which is like being surprised to walk into a Brinks truck and find stacks of $100 dollar bills. (San Clemente always has loads of talent, and has developed and fostered a number of quarterbacks that have gone on to enjoy Division I careers.)

Costello committed to OSU over Eastern Washington and stuck with it despite offers from Georgia, Brown and others. Time will tell if OSU’s early scout was on point, but he had an incredible senior season and is a late riser who can create yards with his arm and legs. I think OSU got a steal here.

*goes full coach speak* This class is pretty good overall and filled a lot of needs for Oklahoma State to continue to be successful in 2019 and beyond.

*exits coach speak* But it’s still hard to be too optimistic about a class that ranks sixth in the Big 12 and 44th in the country. It’s the lowest ranked class for OSU in the last five years, and at a time only months removed from when Mike Holder called on Gundy to recruit at a higher level.

I do think there are some underrated/undervalued commitments in this class — Cole Birmingham is a four-star so please do not @ me! — but on the whole there are a bunch of good-but-not-elite commitments who will need time to develop.

Mike Gundy has absolutely earned the benefit of the doubt that this class will wind up to be successful, but coming off a 6-6 campaign full of tumult, it’s a hard sell to be fired up about the future with an average-to-slightly-below average incoming recruiting class.