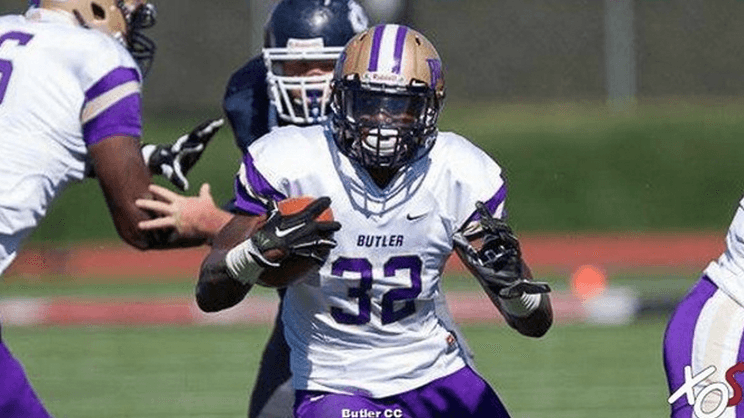 Chris Carson will be ready to play in the Big 12. (Scout)

Will it last? Who knows, but on Monday Chris Carson committed to Oklahoma State over Georgia and for now that’s a really big deal.[1. He was 70-80 percent on UGA a week ago.]

Confirmation text from @chriscarson29 on flipping to #OkState: "Yeah I have flipped, talked up UGA yesterday, my final decision is with OSU"

The Cowboys were getting desperate late and despite picking up some solid commitments from high schoolers (like Jeff Carr from Temple, Texas), OSU needed somebody like Carson who could come in and play immediately.

Carson, on the other hand, graduated high school in 2013, has spent the last two years at community college and should be Big 12 ready if and when he arrives on campus.

Maybe not to the level Tyreek was but probably not that far off if his video is any indication. Stocking up for the future with the likes of Carr is great but loading up for 2015 is even better.