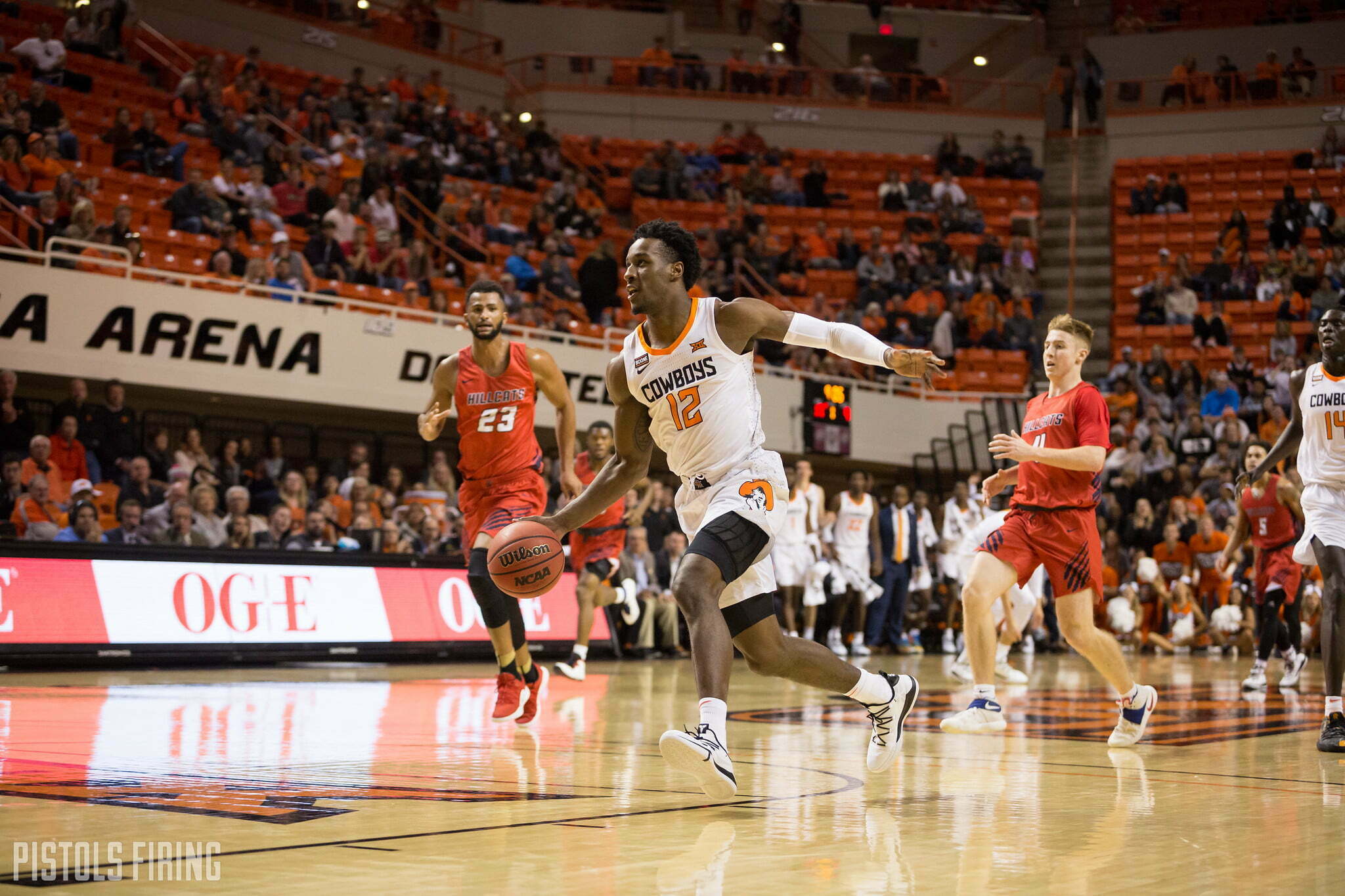 STILLWATER — Basketball recruiting has felt like its own sport over the past 24 hours, but actual basketball will be played Wednesday night.

Oklahoma State hosts Oral Roberts at 7 p.m. in Gallagher-Iba Arena in what will be the season-opening game for both squads. These teams last met early in the 2017-18 season, where OSU dismantled the Golden Eagles, winning 91-48.

ORU brings more experience into this tilt, though, as three of the Golden Eagles starters in that game are still on the team.

There are some interesting links between OSU and ORU. Apart from sharing the state, ORU’s past two head coaches are now on OSU’s staff. OSU analyst Barry Hinson coached ORU from 1997 to 1999, and OSU assistant Scott Sutton took over from there and became the winningest coach in program history.

“It’s been so long (since Hinson coached there) that it’s really irrelevant for him,” OSU coach Mike Boynton said. “It’s probably a little bit more relevant for Scott. There may still be a player or two that he coached or recruited there, but he’s been gone long enough.”

The Cowboys started last season with a loss when they blew a 24-point lead in the second half to Charlotte on the road. It was the first college game for freshmen starters Yor Anei and Isaac Likekele, and apart from OSU’s five starters, no one who came off the bench against Charlotte is on this season’s OSU team.

Thomas Dziagwa said this year’s squad is probably further ahead of where OSU’s 2018-19 team was at this point last season, Boynton said it comes down to maturity.

“I think we have guys who have a better understanding of what it takes to prepare, and a lot of that credit goes to our returners. Thomas, Cam (McGriff), Lindy (Waters), Trey (Reeves) and then Ice (Likekele) and Yor, who have all been through a season already, have helped those young guys understand, you know, what does the day before a game look like in terms of rest and hydration and eating right? How do you study a scouting report so that you’re not looking like you don’t have any clue what’s going on on the court? Their leadership has really helped our staff just focus on the things we need to do better because they’ve taken care of a lot of the maintenance things from the inside.”