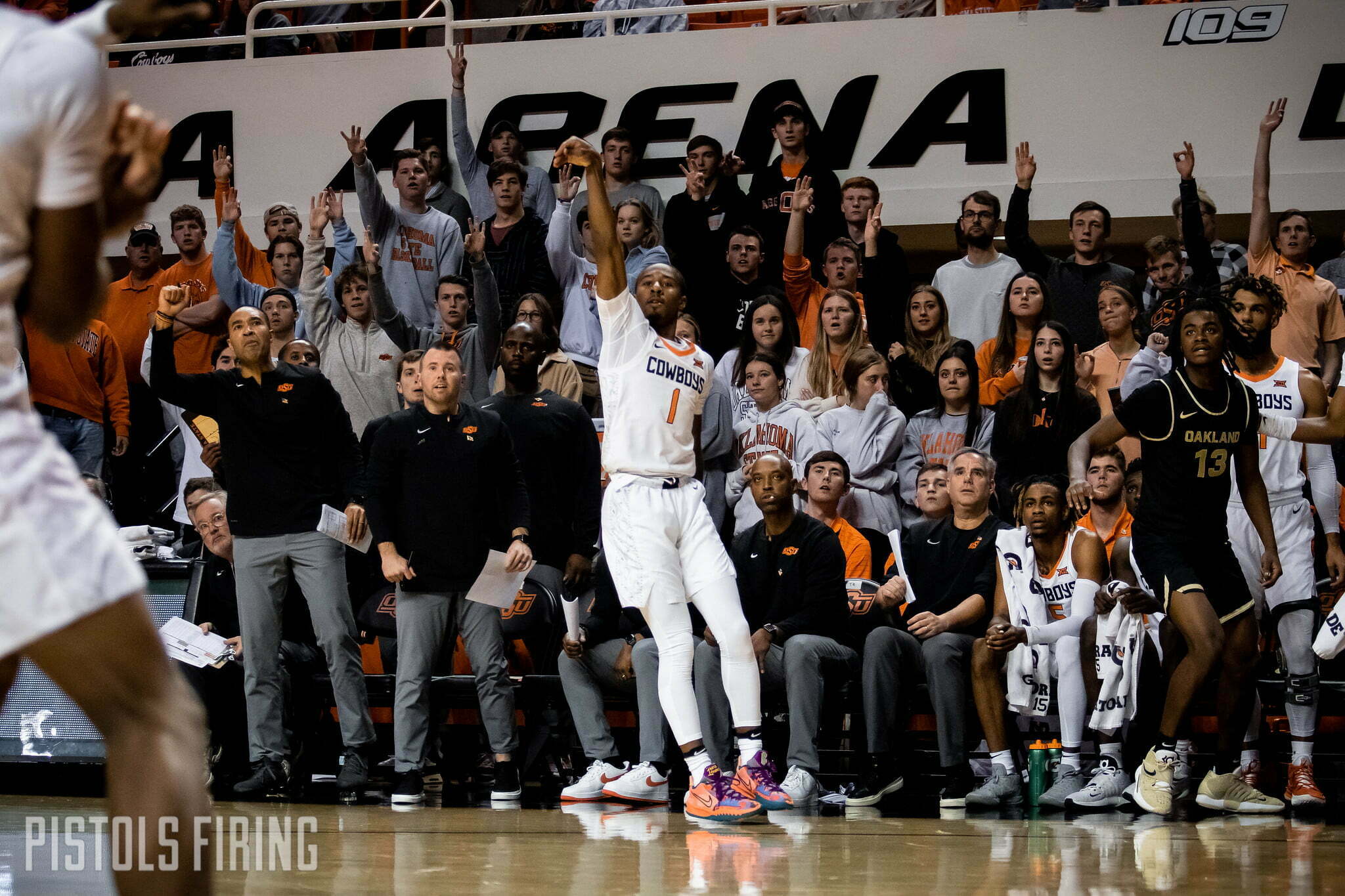 After a two-game trip to Connecticut, the Cowboys are back in Gallagher-Iba Arena on Monday night.

Oklahoma State hosts Charleston in a battle of one-loss teams. Here is some information to know ahead of the clash between the Cowboys and Cougars.

This will be these teams’ fifth meeting, with the Cowboys bringing a 3-1 series record into Monday night.

The Cowboys and Cougars most recently met in the 2019-20 season in Charleston, where OSU won 73-54. That game saw Thomas Dziagwa hit seven 3-pointers to score a game-high 21 points. Lindy Waters (16), Isaac Likekele (12) and Kalib Boone (10) also scored in double-figures. Cameron McGriff was just a bucket away from a double-double, scoring eight points to go with his 10 rebounds.

They also played during the 2018-19 season in Stillwater, where OSU won 70-58. McGriff, Dziagwa, Waters, Likekele and Michael Weathers all scored in double figures for the Cowboys.

OSU’s only loss in the series came during the 2002-03 season when the teams played in Anchorage, Alaska as part of the Great Alaska Shootout. Eddie Sutton’s squad started that season 17-1 with the one loss being to Charleston.