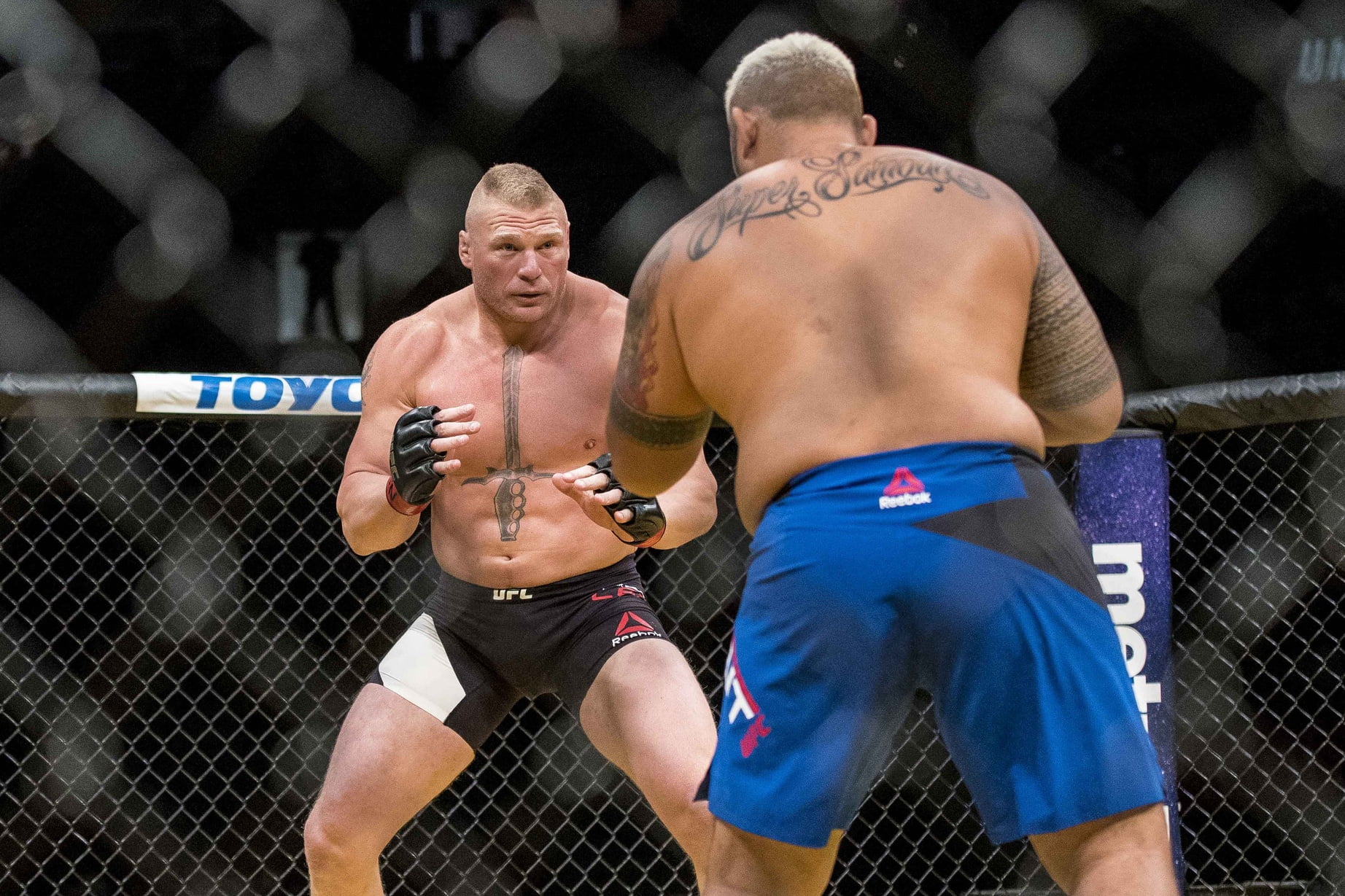 Brock Lesnar is currently the WWE Universal Heavyweight Champion and is set to defend his title in a triple threat match in the main event of the Royal Rumble this Sunday.

On the surface most wouldn’t expect that to have anything to do with OSU, and some may not even want it to, but Lesnar’s recruitment into D-1 wrestling and recruitment into the WWE both came about and possibly would’ve never happened if it weren’t for two former teammates at Oklahoma State University: J Robinson and Gerald Brisco.

Brisco and Robinson were teammates at OSU in the 1960s. After their college careers Robinson eventually went into a 30-year coaching career at the University of Minnesota. Brisco, who we detailed in in our write-up about his induction into the National Wrestling Hall of Fame, went into a professional wrestling career.

The backstory on Lesnar and college wrestling was outlined in a Flofilms documentary entitled “Keepers of the Flame”, which is a story on Minnesota wrestling.

Somehow very few people were aware of Lesnar as a wrestler when he was still in junior college. He wrestled for Bismarck State College, a junior college in South Dakota, and the former Oklahoma State Cowboy J Robinson and his staff at Minnesota basically just stumbled across him at an open tournament.

Naturally when they saw him, the pursued him as a recruit, got him to Minnesota, and Lesnar eventually won an individual NCAA title for them.

The WWE and Brisco detail the rest of their recruitment process with Lesnar here. Brisco at the time was an agent and scout for the WWE and as a big amateur wrestling guy was well aware of who Brock Lesnar was.

He had reached out to his buddy from college, J Robinson, after Lesnar’s junior year and Robinson gave Brisco a promise that he’d put the connection together with Lesnar, Brisco, and the WWE, but it would have to wait until after his NCAA tournament final his senior year because he wanted Lesnar to win the NCAA title first.

Lesnar won his NCAA title and the Sunday after the NCAA tournament J Robinson called his college teammate at Oklahoma State up and made good on his promise setting up the meeting. Though Brisco had essentially been recruiting Lesnar his entire senior season Lesnar had no idea. Brisco then met with Lesnar, sold him on the idea of the WWE, signed him, mentored him through the early part of his career and the rest is history.