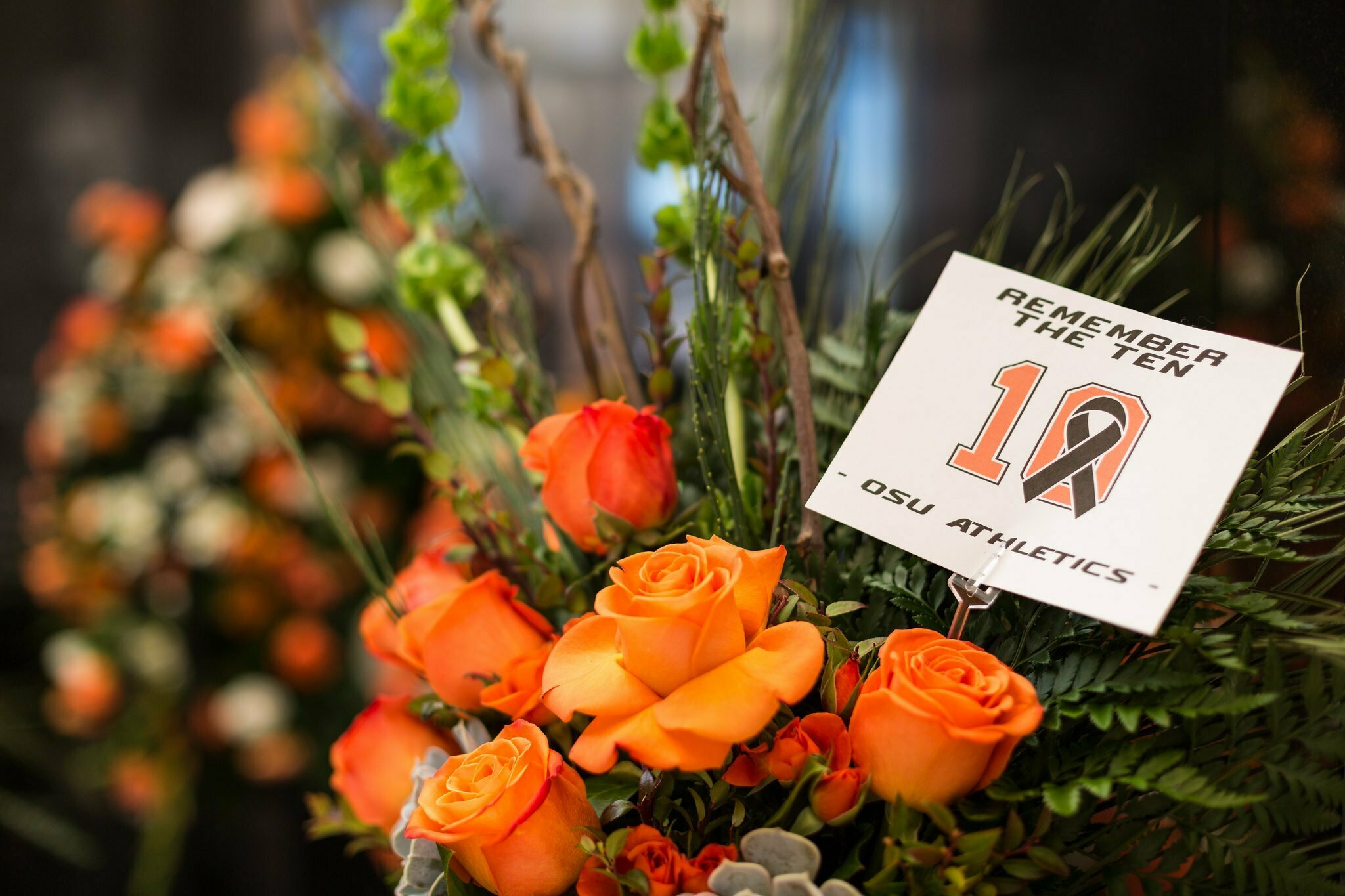 At 6:37 p.m. on Wednesday I received a notification on my phone that caused me a tinge of anxiety. It was a moment of silence.

The Oklahoma State men’s basketball program’s Twitter account posted a video of the bells of the Edmon Low Library ringing 10 times for the 10 souls we lost 20 years ago to the minute.

It’s a somber reminder of how 10 families — and one big family — had their worlds ripped apart two decades ago. But that anxiety, selfishly, came because those tolls also served as a reminder of what I had volunteered to write.

As the elder statesman of the Pistols Firing crew — or more accurately, the only one old enough to vividly remember that tragic event — I volunteered to write about what I recalled from that fateful day.

I can scribble through any football or hoops recap for your enjoyment (hopefully) with little trepidation — other than the last-minute rewrites required when Mike Gundy’s team coughs up a three-touchdown lead in the fourth quarter — but I was more than a little reluctant to try to start this post.

After reading some of what has been shared this week — by much more eloquent voices than my own and by those who felt this tragedy up close — how could I possibly add anything of substance?

I couldn’t. So I’ll just share what all of those people have reminded me of.

When I read Doug Gottlieb’s Twitter thread in which he mentioned each of the victims by name and attached a memory or factoid, it reminded me of that team and that time as a young OSU fan. It also reminded me that we all have a Daniel Lawson or a Pat Noyes that we probably won’t appreciate enough, until it’s too late.

When I watched this video, for the first time since last January, I was reminded of my 16-year-old self, stupefied and in disbelief, trying to process what I was watching. (It was the first time I cried about someone I had never met in person.)

When I watched this video narrated by Larry Reece (for the 1,000th time), I remembered my eyes being glued to the TV for that Missouri game which Eddie Sutton called “the most important game I’ve ever coached in,” wishing I could be there in-person and rooting, maybe as hard as I ever had, for a win. (The Cowboys pulled it out.)

When I read Jimmie Tramel’s fantastic write-up on Karen Hancock, the wife of Will Hancock, and her continued bond with her late husband, I refocused my attention on how precious my own marriage and relationship is. (It’s easy to lose sight.)

Since I can’t add, I’ll only share what I’ve been reminded of.

Life is precious. Sports are fun. The relationships we build and the people we let into our worlds are too valuable to ever be taken for granted.

Those of us in that one big extended family can only speculate about, and try to empathize with, the abundance of anguish that the victims’ friends and family went through that night 20 years ago, and what they continue to deal with even now. But we can honor them, and their loved ones’ memories, by striving to cherish our own while they’re still lent to us.