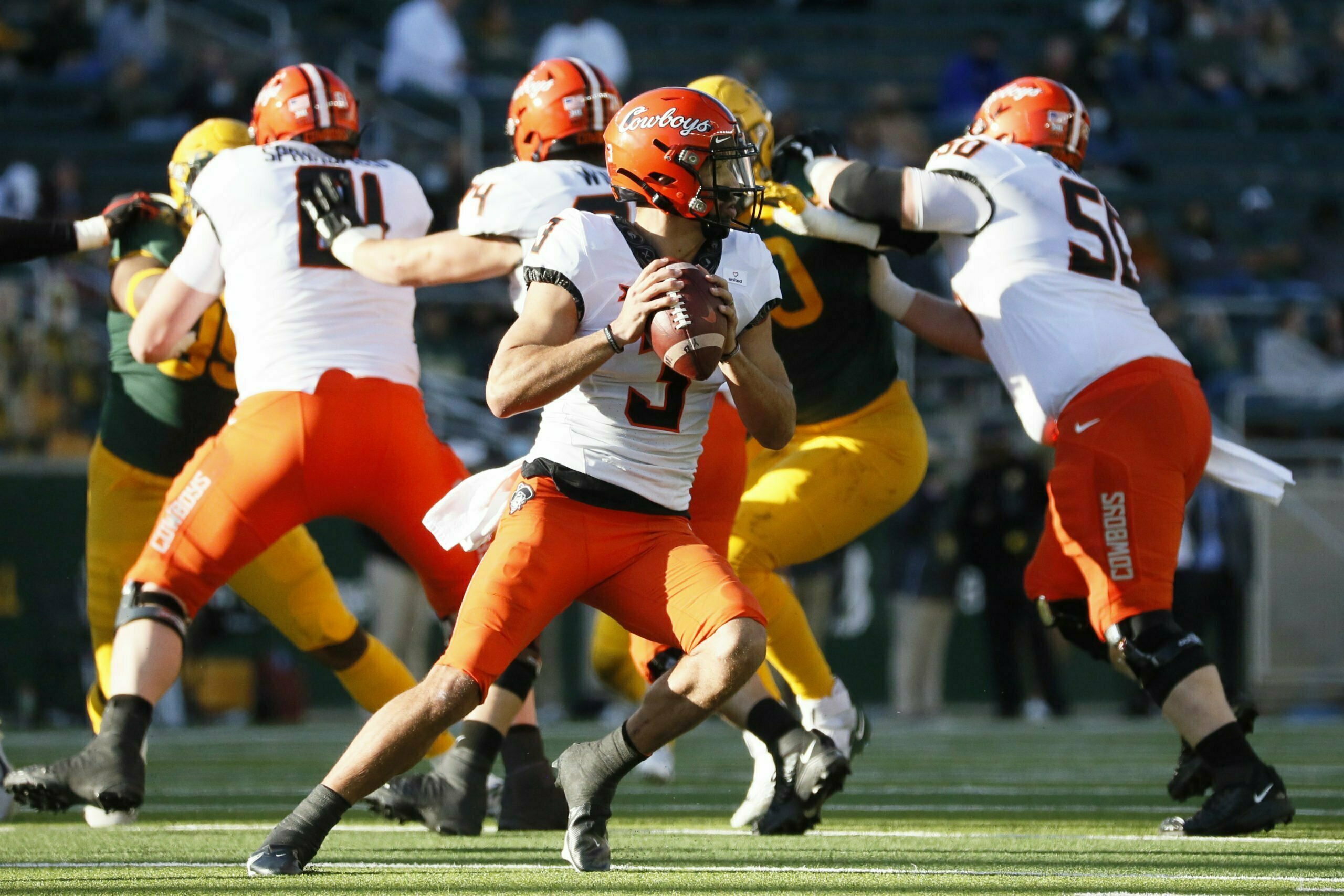 Spencer Sanders had an up and down redshirt sophomore season, but he ended it on a high note.

In Oklahoma State’s final two games, Sanders completed 67% of his passes for 652 yards and seven touchdowns. He has thrown for more than 300 yards in a game three times in his career, two of which were in his final two games.

With that said, it has become hard to take a leap of faith into the Sanders bandwagon with his turnovers struggles. In 19 career starts, Sanders has thrown 19 interceptions.

The past few seasons, Mike Gundy used the term 15 games at nauseum when talking about how long it might take to get a quarterback settled. Sanders has technically played in 20 games, but one of those were for a handful of plays (and no pass attempts) in the Texas Bowl against Texas A&M after returning from injury.

Looking at that 15 game total literally, here is what Sanders did in his first 15 starts:

And here is what he has done since:

The biggest asterisk in that data is the 2020 Tulsa game where Sanders was injured after going 2-for-2 for 23 yards. There’s also the 2020 Bedlam game where Shane Illingworth relieved Sanders for a while after injury. Both of those instances were in Sanders’ first 15 starts.

Sanders’ yards per game is way up from starts 16 and on, but it’s hard to determine whether that will hold given the small sample size. His touchdown-to-interception ratio also bettered from a 1.4 to a 2.3.

Another factor that will probably be significant is that Sanders should enter 2021 with the same offensive coordinator and quarterback coach. It would be the first time in his college career he had the same coaches over him for consecutive seasons.

Consistency has been an issue with Sanders, but perhaps coaching consistency can help with that. Regardless, it would do OSU fans’ hearts a lot of good if Sanders could get off a rollercoaster and onto a highway.