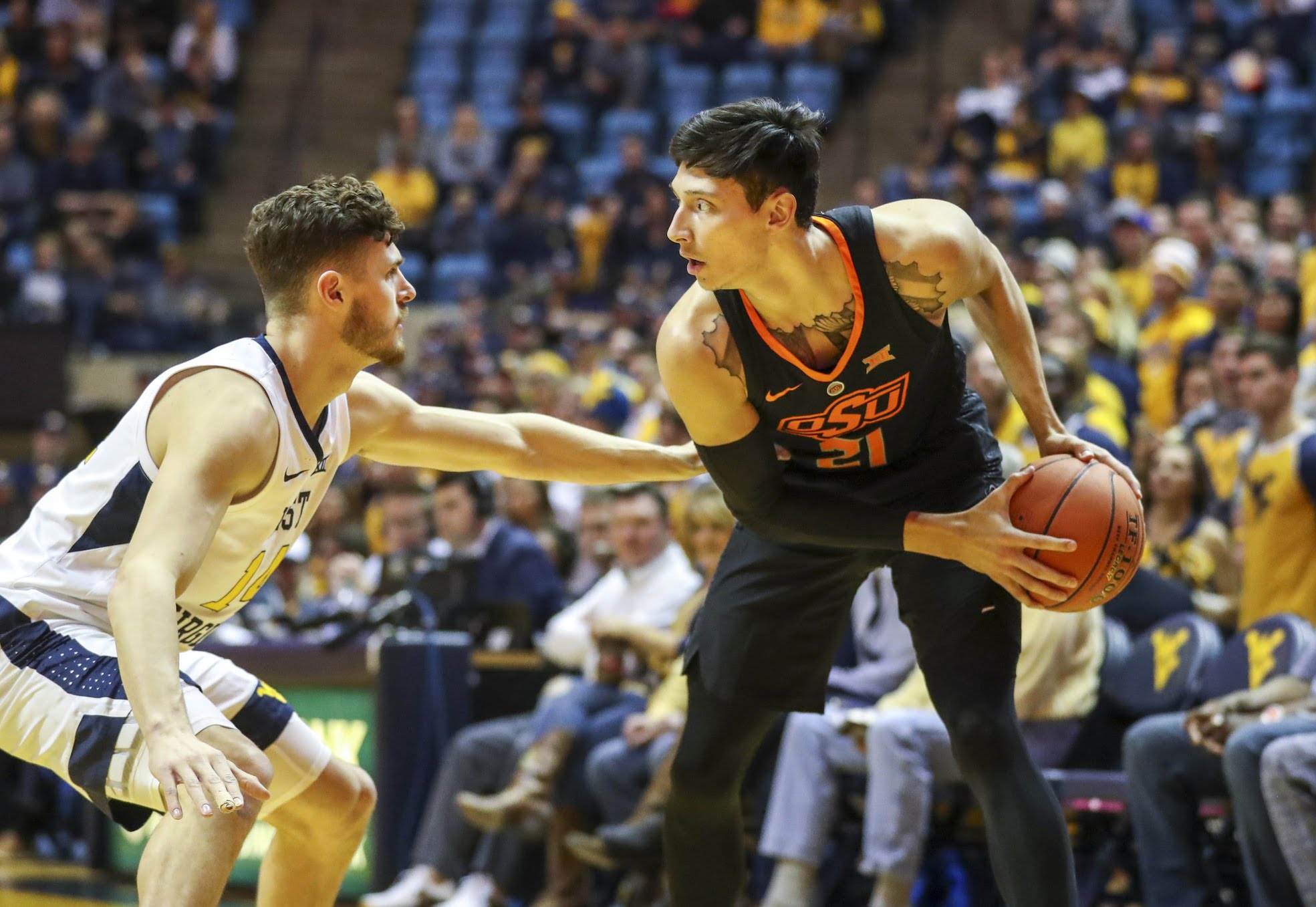 It’s early, but it looks as if the Cowboys’ grueling nonconference schedule is paying off.

After playing seven of their nonconference games away from Gallagher-Iba Arena and limping into Big 12 play with a 6-6 record, the Pokes have picked up some momentum with consecutive conference wins. Oklahoma State was picked to finish last in the conference, and the Cowboys are setting themselves up to prove that false for the second straight season. Again, it’s still too early. OSU is still a ways from getting its name called on selection Sunday. The Cowboys have yet to play league-leader Texas Tech or perennial power Kansas. But in a league that has already shown its parity this season, the Pokes are giving themselves a chance.

OSU continuing its momentum starts Monday with its game against Baylor. Before the season started, the Bears were picked to be the second-worst team in the Big 12. The Bears have since pulled off an impressive victory against Iowa State and put up a good fight against Kansas, but Baylor is one of three Big 12 teams who have yet to reach 10 wins this season — and the Bears lost an important player for the season this week, too — so at home, this is a game the Cowboys ought to win.

The Pokes then get rematches with Iowa State and Oklahoma, teams OSU has lost to but had good games with. The way the Big 12 schedule lined up for the Cowboys was ideal given how young the team is. The Pokes won’t have to face Tech or Kansas, teams who have looked the best in the conference, until Feb. 9 when the Cowboys head to Lawrence. So for the first month of conference play, the Cowboys will slug it out with teams they have a puncher’s chance against until having to deal with the conference’s elite.

The Cowboys’ momentum didn’t necessarily start with their win against Texas, though. The team that beat West Virginia on Saturday in Morgantown is incredibly different from the team that lost in Charlotte that started the season. A good view at that is turnovers. Here’s a look at how many times the Pokes have turned the ball in each of their games this season. 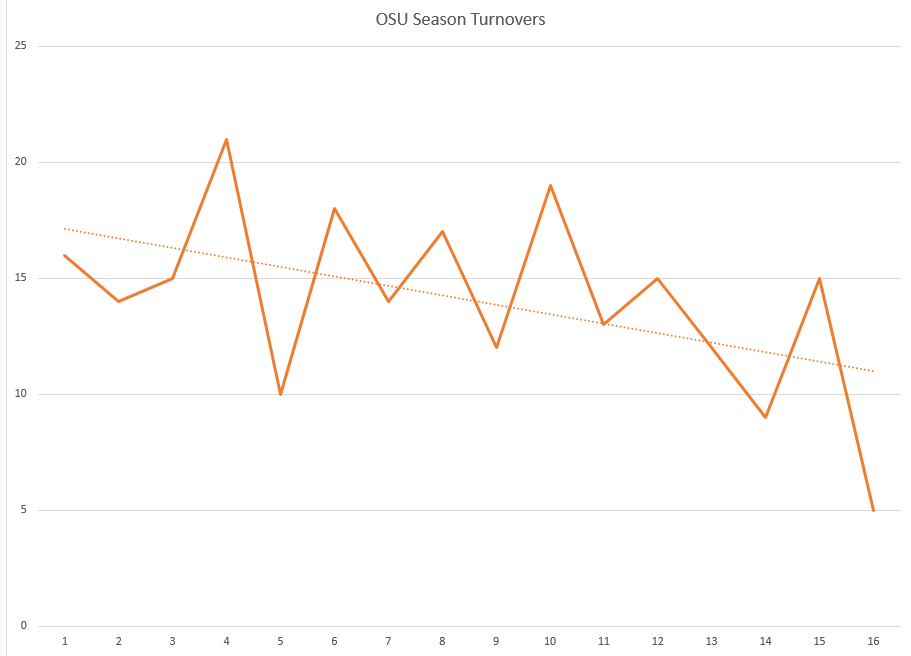 Will Saturday’s five turnovers be an outlier at season’s end? Probably, but the Cowboys look to be far away from the team that had 21 turnovers against Memphis or 19 against Nebraska.

Although it’s not as steep of a difference, the Cowboys are also getting better on the boards. 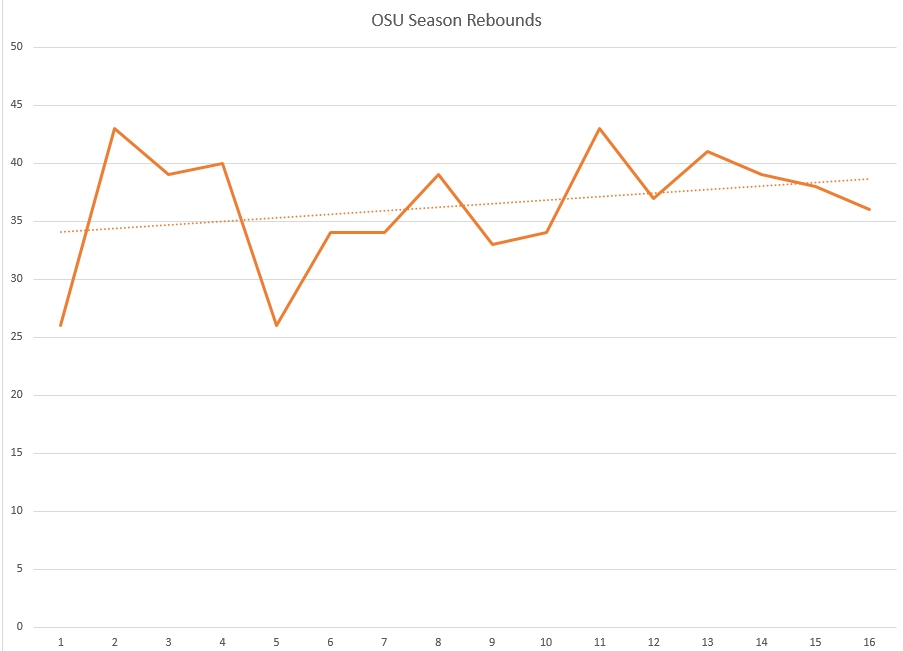 OSU got killed on the glass against West Virginia on Saturday, 43-36. But in the Cowboys’ first game of the season, OSU managed only 26 rebounds.

With how rough OSU came out of its nonconference schedule, making the tournament is still tough. To get to 15 wins in the regular season, the Cowboys would still need to win seven Big 12 games. Would a 15-16 OSU team look appetizing to the committee? I don’t know. The Cowboys won 21 games last season and didn’t get in, but this season, the Pokes aren’t without quality nonconference losses. And hey, the LSU win!

If they are unable to make the NCAA Tournament, this squad would benefit highly from the NIT. Considering there is no longer a senior on this roster, the more basketball this team can play together, the better.

That’s all a long way out, though. With how different the Cowboys are now compared to how they were Nov. 10, they might be as drastically different in the Big 12 Tournament in March.