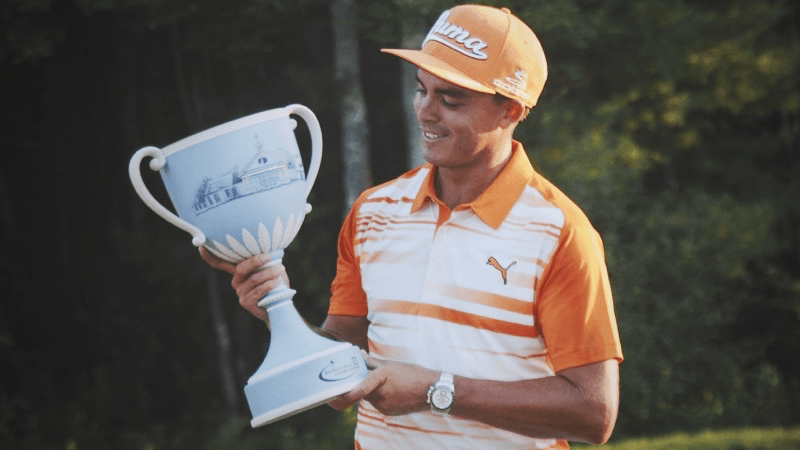 Rickie Fowler won his third event of the year on Monday in Boston which is great for him because first prize is $1.5 million. Fowler used some of that to buy the media tent champagne. Somebody else (probably) benefitted from his win, too.

Tiger Woods was in town earlier last week, and he took a selfie with Fowler at the tournament which he tweeted out.

In town for @DBChampionship. Caught up with @RickieFowler tonight, good luck to all players this week! pic.twitter.com/d2yPOdBTwl

Hilariously, Woods referenced the selfie on Monday as Fowler wrapped up his one-stroke win over Henrik Stenson. I say “hilariously” because this is by far the funniest tweet Big Cat has ever sent. It’s not a long list, but still.

Started #DeutscheBankChampionship week off by taking a selfie with @RickieFowler. The price of selfies just went up. Congrats on the W.